No. 15 on the BNN most important players list for Boise State football in 2022: Edge rusher Demitri Washington 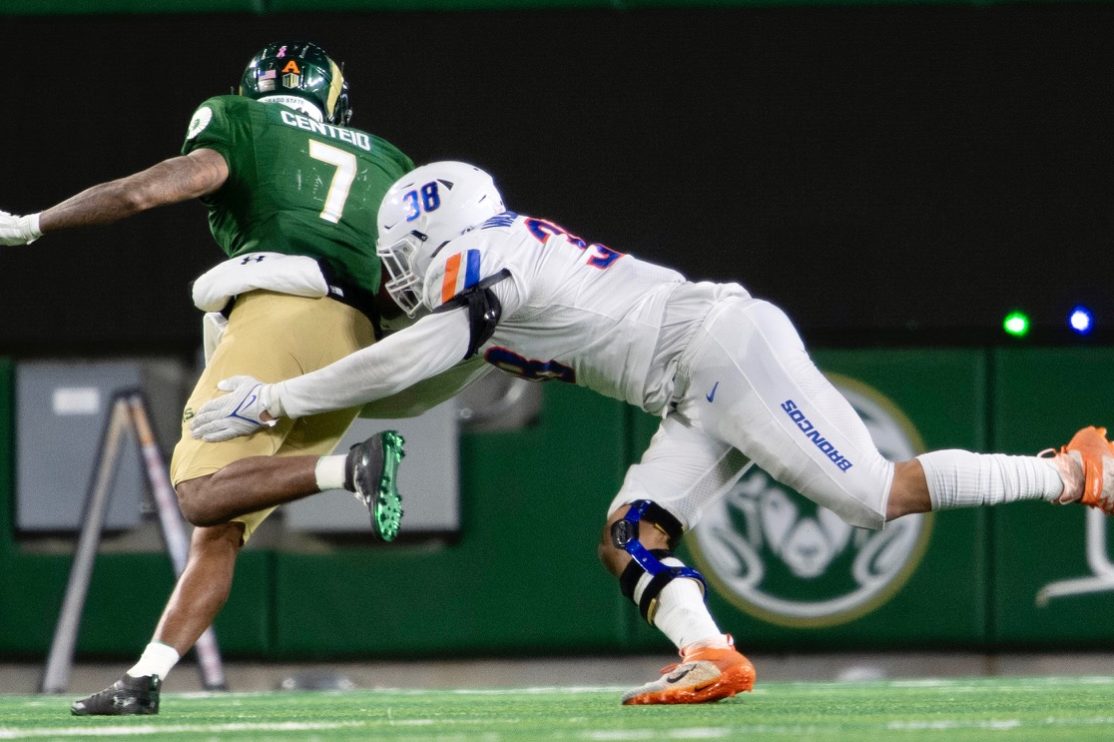 Bronco Nation News is counting down the 25 most important players to the Boise State football team in 2022. Next up in our series is No. 15, edge rusher Demitri Washington:

It was two years ago when Boise State defensive coordinator Spencer Danielson said emphatically that Demitri Washington could be the next Curtis Weaver, one of the top defensive players on the West Coast and a potential high round NFL Draft pick.

A torn ACL two games into the 2020 season derailed that possibility, at least temporarily.

Danielson made the comments after an impressive freshman season from Washington in 2019 in which he had 33 tackles, 5.5 tackles-for-loss and 4.5 sacks. What was expected to be a huge sophomore campaign turned into a dud when he suffered a torn ACL in the second game against Air Force during the pandemic-shortened 2020 season.

He missed the rest of the year and most of the following offseason while he rehabbed the injury. He was back in time to start the 2021 season but admittedly wasn’t himself for much of the year as he continued to work his way back into football shape and distance himself from the injury.

“When players get injured you have to regain that confidence,” Washington told reporters this spring. “You’re going to go out there and be moving gingerly and be slow to your keys and it looks like your moving slow out there and then you start overthinking.

“It’s just getting comfortable and it took a lot of me talking to coach Avalos and him saying ‘it will come, it will get there, just keep going.’”

Washington finished with decent numbers last season – he was sixth on the team with 41 tackles and had 2.5 tackles-for-loss, two sacks, a fumble recovery and an interception – but was clearly healthier and more productive towards the end of the season.

The 6-foot-3, 260-pound Washington had both of his sacks and an interception with a 37-yard return in the final four games of the season. He also had 21 tackles in the final five games compared to 20 in the first seven.

“You want to just go and feel like you’re going to dominate every snap and you think you know everything and have everything down but you have to remember you haven’t played football in so long and it’s just going to take some time,” Washington said.

“You see a whole different player from game one to game six.”

Washington credited Stephanie Donaldson, Boise State’s director of athletic performance and psychology, for helping him get through the injury. He mentioned the mental health aspect of dealing with the injury and struggles and how overcoming that can be tough.

“Really it’s just a mindset,” Washington said. “There’s a lot of people on campus that helped including Stephanie. … Coming back from injury, you have to focus on the day by day and not just the end goal.”

Washington is finally fully healthy and was able to participate in a full spring ball for the first time in his career. He only got three practices during the 2020 spring before it was shut down due to the COVID-19 pandemic, and he missed last year due to injury.

He said the injury has helped him enjoy playing football more than he did in the past.

“You have a new appreciation for football,” Washington said. “Football is a tough game and people assume its easy once you’ve done it for a while…but you have to get better and make yourself a better player and it makes me more excited to practice. I’m having fun. I have to focus on having fun and taking it day by day.”

Boise State is hoping a healthy, having-fun Washington can mean a return to the potential Danielson saw in him prior to the injury. The Broncos got six sacks from Isaiah Bagnah and three from Shane Irwin coming off the edge last season, but Washington has a chance to turn a good defensive line into an elite one if he’s producing as well.

Washington, now a redshirt senior, has two years of eligibility left. He’s one of the older, more experienced players on Boise State’s defense and will have a leadership role both on and off the field. And a big season from Washington on the field could mean big things for Boise State’s defense. That’s why Washington checks in at No. 15 on our list of the 25 most important players to the Broncos in 2022.