No. 16 on the BNN most important players list for Boise State football in 2022: Wide receiver Davis Koetter 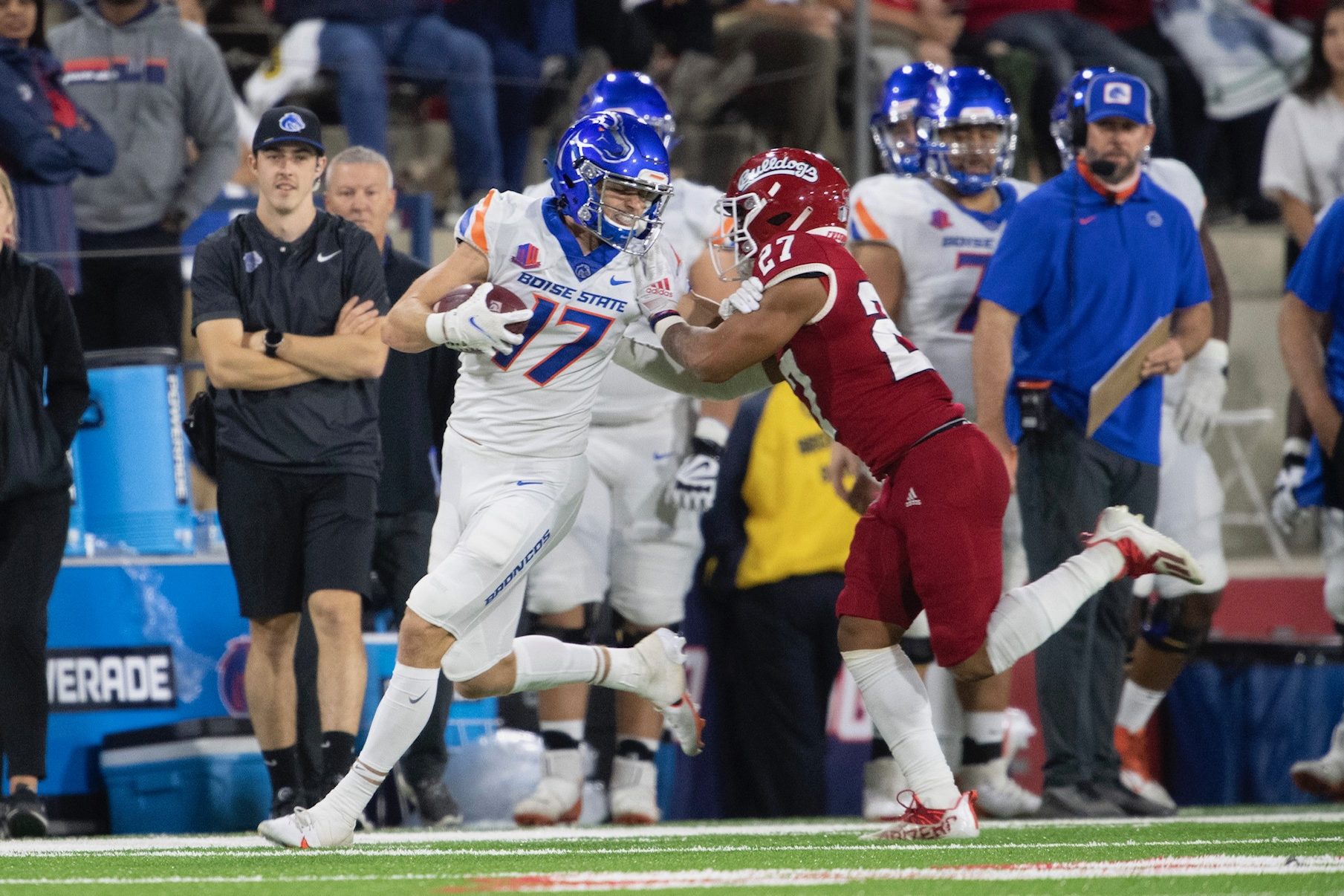 Boise State wide receiver Davis Koetter runs with the ball after making a catch at Fresno State during a game in 2021. (Photo by Boise State Athletics).
By B.J. RainsMay 20, 2022

Bronco Nation News is counting down the 25 most important players to the Boise State football team in 2022. Next up in our series is No. 16, wide receiver Davis Koetter:

The loss of star Khalil Shakir will no doubt put some pressure on other wide receivers to step up in 2022, and Davis Koetter appears to be one primed to take advantage of a bigger role.

Koetter, the son of former Boise State coach Dirk Koetter, had 14 catches for 160 yards and a touchdown in his first season with the Broncos after transferring from Portland State. His touchdown on The Blue against Oklahoma State as admittedly a dream come true for the whole Koetter family – and a cool moment the Broncos hope to see more of in 2022.

He worked his way up the depth chart as the 2021 season went on and proved by the end of the year he was a reliable option for the Broncos. With Shakir and Octavius Evans both gone, Koetter has a chance to be the No. 2 receiver this year behind Stefan Cobbs.

Koetter also missed the 2020 season – Portland State didn’t play due to the COVID-19 pandemic – so he was playing his first football in two years when he suited up for the Broncos. With a year of experience in Boise State’s offense under his belt, there’s reason to believe a big jump is coming from Koetter.

As the son of a coach – and someone who wants to get into coaching when his career is over – Koetter is a smart football player and routinely puts himself in the right positions. He’s good at reading defensive coverages and finding open spots in the middle of the field. He also has strong hands.

At Portland State he had a big 2019 season, hauling in 38 catches for 626 yards and a team-high eight touchdowns. It’s not crazy to think he could put up similar numbers for the Broncos this fall.

Cobbs will likely be the No. 1 option at wide receiver for quarterback Hank Bachmeier, but there’s very little proven depth beyond that. Latrell Caples, Billy Bowens and Austin Bolt all appear ready to contribute, but Koetter seemingly is ahead of all three on the depth chart.

The Boise State offense had its lowest scoring output in more than a decade in 2021, and the Broncos are counting on players like Koetter to step up and help the production improve. It’s a big year for Koetter, which is why he lands at No. 16 on our list of the 25 most important players for the Broncos in 2022.