No. 23 on the BNN most important players list for Boise State football in 2022: Wide receiver Latrell Caples 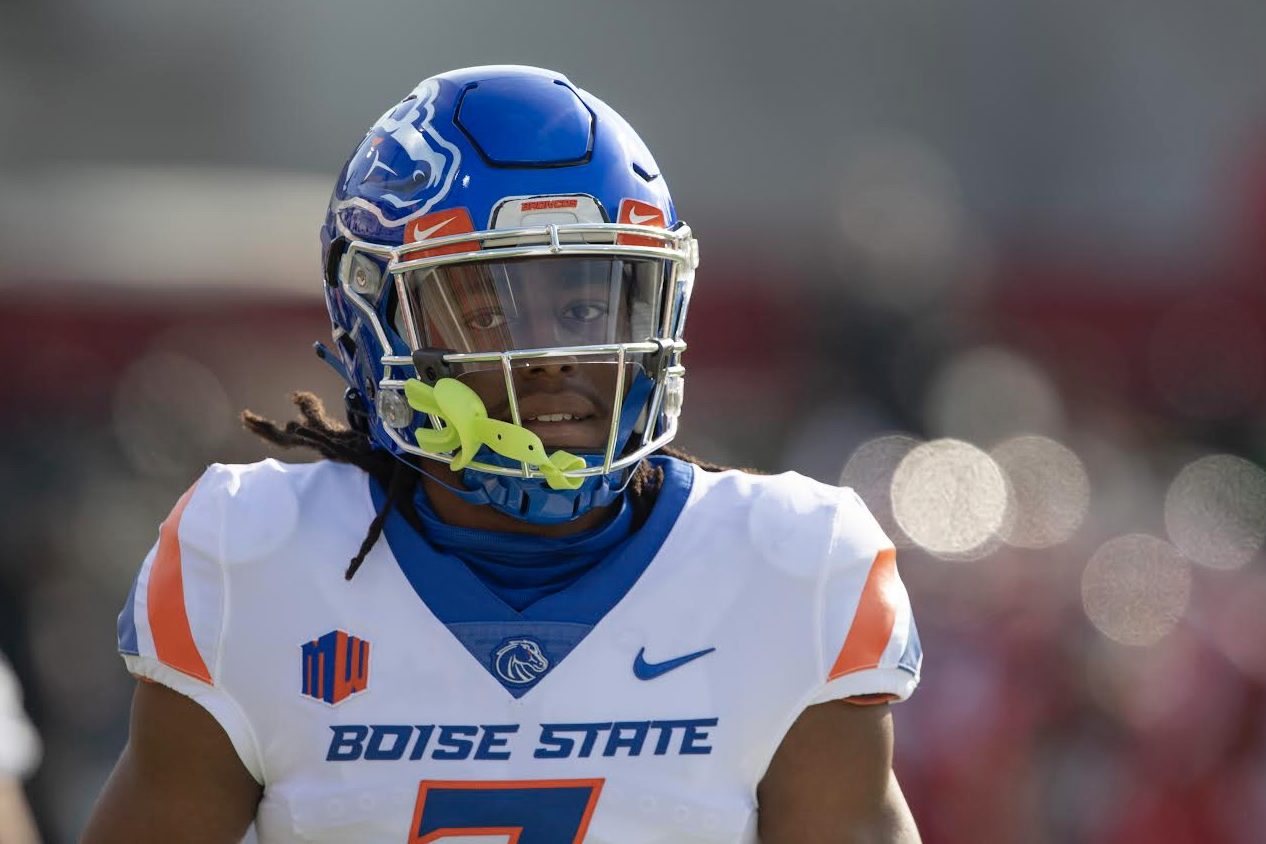 Boise State wide receiver Latrell Caples warms up prior to a game against Fresno State in 2021. (Photo by Boise State Athletics)
By B.J. RainsMay 11, 2022

Bronco Nation News is counting down the 25 most important players to the Boise State football team in 2022. Next up in our series is No. 23, wide receiver Latrell Caples:

Boise State will need multiple wide receivers to step up in 2022 with the loss of fifth-round NFL Draft pick Khalil Shakir. Redshirt sophomore Latrell Caples could be poised for the biggest jump of all.

Caples had just four catches for 56 yards last season as a redshirt freshman while missing time due to an injury. But coaches have repeatedly praised Caples and expressed optimism in his ability to be a major contributor in 2022.

The 6-foot-1, 192-pound Caples was a three-star prospect coming out of Lancaster (High) Texas as part of the 2020 recruiting class. After redshirting in 2020 he was able to see the field in limited action last year while being hampered by an injury, but showed flashes – including two catches for 30 yards in the final regular season game against San Diego State.

Caples is expected to be fully healthy for fall camp – and he could be poised to seize the opportunity created with Shakir’s departure.

Stefan Cobbs is expected to be the No. 1 receiver for the Broncos and Davis Koetter figures to be a major contributor as well. But a group including Caples, Billy Bowens and Austin Bolt are fighting for playing time behind them.

Bowens is two years older than Caples – he joined the Broncos in 2018 – and had 12 catches for 140 yards last year. He figures to be in the mix to contribute – but Caples earns the nod in our projections due to the large leap many with the program expect him to take.

If Caples can stay healthy he’s got a chance to make a big impact as the No. 3 receiver, which is why he checks in at No. 23 on our countdown of the most important players to the Broncos in 2022.

+27789571548 Bring Back Lost Love …by kalimali healer20 seconds ago
Fan Poll
What bowl game would be best for the Broncos?