No. 14 on the BNN most important players list for Boise State football in 2022: Tight end Riley Smith 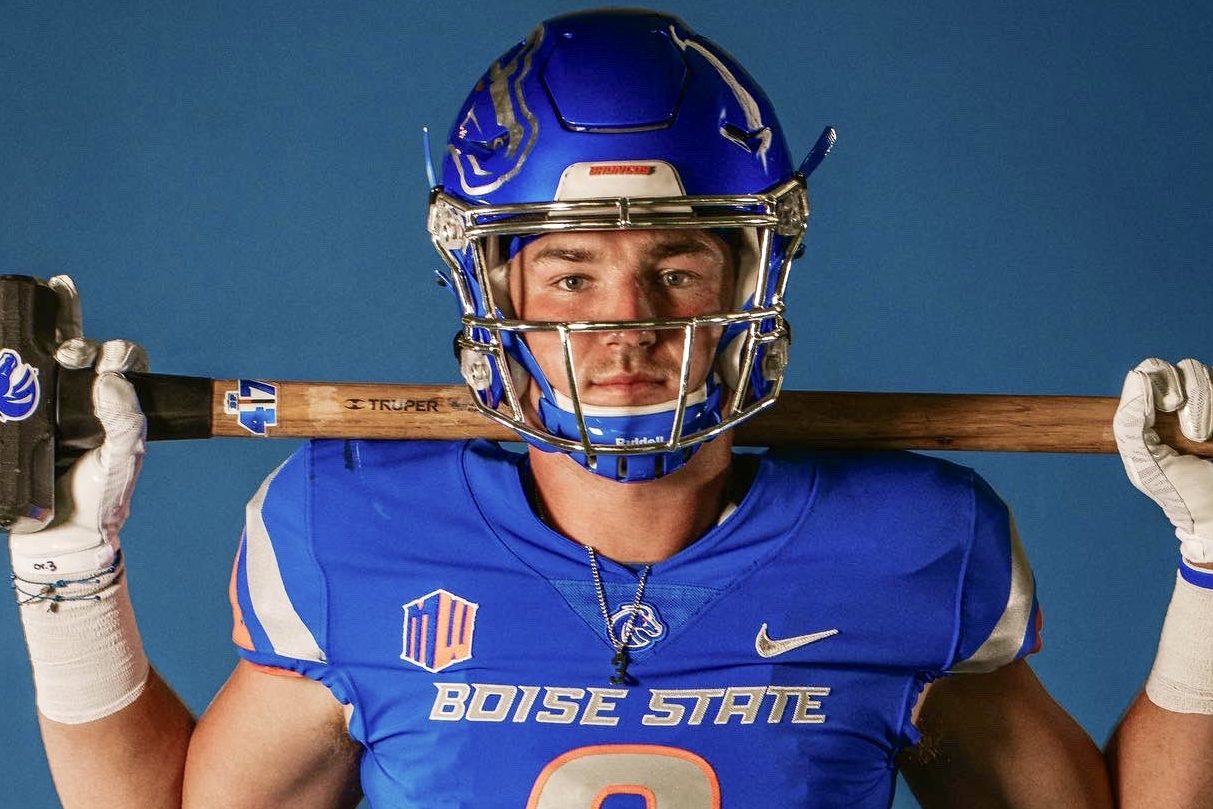 Bronco Nation News is counting down the 25 most important players to the Boise State football team in 2022. Next up in our series is No. 14, tight end Riley Smith:

It hasn’t exactly been the Boise State career Riley Smith probably hoped or planned for when he signed as a quarterback in the 2018 class out of St. Augustine, Florida.

As he enters his fifth season with the Broncos, the now-tight end has chance to change that.

Smith arrived as a quarterback in 2018 and redshirted that fall before making the switch to tight end early in the 2019 season. He had 15 catches for 155 yards and a touchdown and four rushes for 36 yards during the pandemic-shortened season in 2020.

Last year he had eight catches for 86 yards and a touchdown.

Combined Smith has 23 catches the past two seasons for 241 yards and two touchdowns – decent numbers for a tight end but not really anything to write home about.

As a fifth year senior (and still with another year of eligibility in 2022 due to COVID-19 pandemic), it would seem to be time for Smith to finally take the big leap forward that many have been waiting for him to make.

Smith is athletic, has good hands and is a smart football player. He’s also been a full-time tight end for three years. The Broncos admittedly haven’t involved the tight ends as much in the passing game in recent years as fans would like, but Smith has been a solid player when called upon.

It’s time for him to take his game to the next level and be a major contributor on offense. All the pieces are in place, including a returning starting quarterback and offensive coordinator and another year of familiarity within the offense.

Smith missed spring practice due to a shoulder injury but should be 100 percent by the start of fall camp.

“I feel great,” Smith said a few weeks ago. “Our rehab team and trainers and coaches have done a great job. Even though I wasn’t on the field during spring I feel like I’ve learned more about football and increased my football IQ this year more than ever.

“The shoulder is feeling good and I’m ready to get back out there with he boys and compete.”

The Broncos have other tight ends capable and ready to contribute including Tyneil Hopper and Kurt Rafdal – and both of them need to step up as well. But it’s Smith that seems primed for the biggest opportunity, at least to start the year, and he needs to take advantage of it.

Boise State loses its top wide receiver in Khalil Shakir and another solid contributor in Octavius Evans. That leaves the Broncos with very little proven depth in the passing game, and a veteran like Smith figures to be a logical choice for a big uptick in production.

If the Broncos want to improve on offense and put up better numbers than last season, the tight ends will need to make a bigger impact and be more involved in the passing game. And that starts with Riley Smith.

We’re projecting Smith to be a major contributor on offense – he needs to be or the group could struggle again – which is why he landed at No. 14 on our list of the 25 most important players to the Broncos in 2022.