No. 20 on the BNN most important players list for Boise State football in 2022: Running back Ashton Jeanty 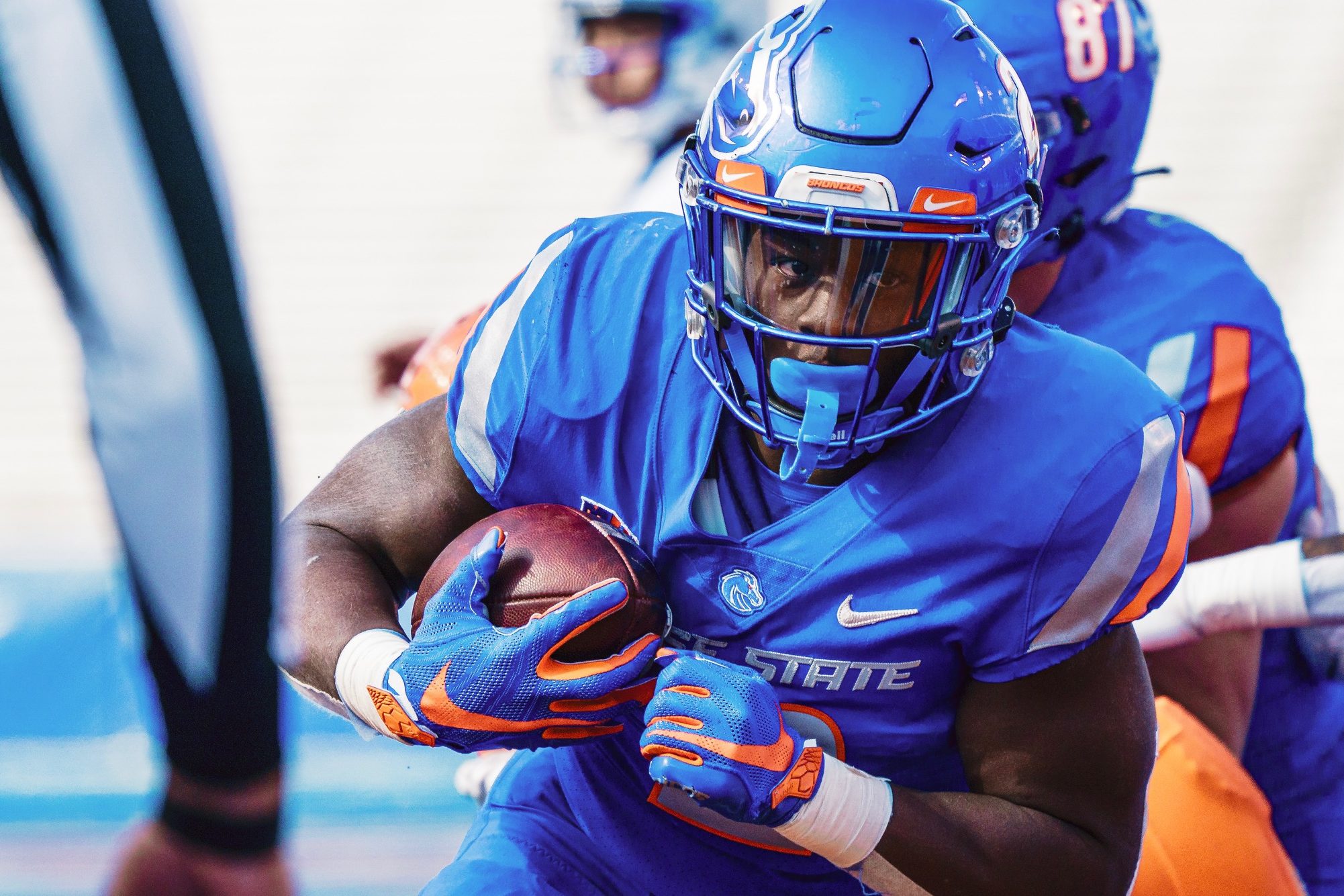 Boise State running back Ashton Jeanty carries the ball during the spring game on April 9th, 2022, at Albertsons Stadium in Boise. (Photo by Boise State Athletics)
By B.J. RainsMay 16, 2022

Bronco Nation News is counting down the 25 most important players to the Boise State football team in 2022. Next up in our series is No. 20, running back Ashton Jeanty:

Boise State badly needs quality depth at running back with both Cyrus Habibi-Likio and Andrew Van Buren departing, and the loss of playmaker Khalil Shakir at wide receiver leaves the Broncos also looking for a do-it-all weapon on offense.

The four-star prospect was arguably the biggest piece of the 2022 recruiting class, signing with the Broncos in December over late interest from TCU and California. He had more than 2,600 yards and 41 touchdowns as a senior as both a running back and a receiver.

He was rated as the 27th best running back in the country from 247Sports and the 42nd best overall prospect in the state of Texas.

Boise State has had a long list of running backs earn playing time as true freshmen – Alexander Mattison and George Holani both did it in recent years – and Jeanty appears on track to continue the trend. He enrolled at Boise State in January and participated in spring practice, which gives him a huge advantage heading into fall camp.

Jeanty, a 5-foot-8, 200-pounder, looks bigger in pads and earned impressive reviews from coaches and teammates during the spring.

He’s likely going to open the season as the No. 2 running back behind George Holani – who has missed multiple games due to injuries in each of the past two seasons. That means Jeanty likely will get a chance at some point for significant action should Holani go down.

Jeanty also could be used as a gadget player on fly sweeps or even out of the wildcat formation as the Broncos look for creative ways to put the ball in his hands. With Shakir gone the Broncos need someone to take over as a do-it-all type guy, and Jeanty would seem to be a prime candidate.

Holani rushed for 1,000 yards as a true freshman in 2019 despite opening the season third on the depth chart. Who knows if Jeanty will follow suit, but he’s entering the year with more hype than Holani did.

Boise State badly needs someone to step up and produce at running back behind Holani, and it appears Jeanty will get first crack at being that guy. That’s why he checks in at No. 20 on our countdown of the most important players to the Broncos in 2022.

My WILD GUESSES at the 2023 Boise …by BSUaddict37 mins ago