No. 17 on the BNN most important players list for Boise State football in 2022: Offensive lineman Cade Beresford 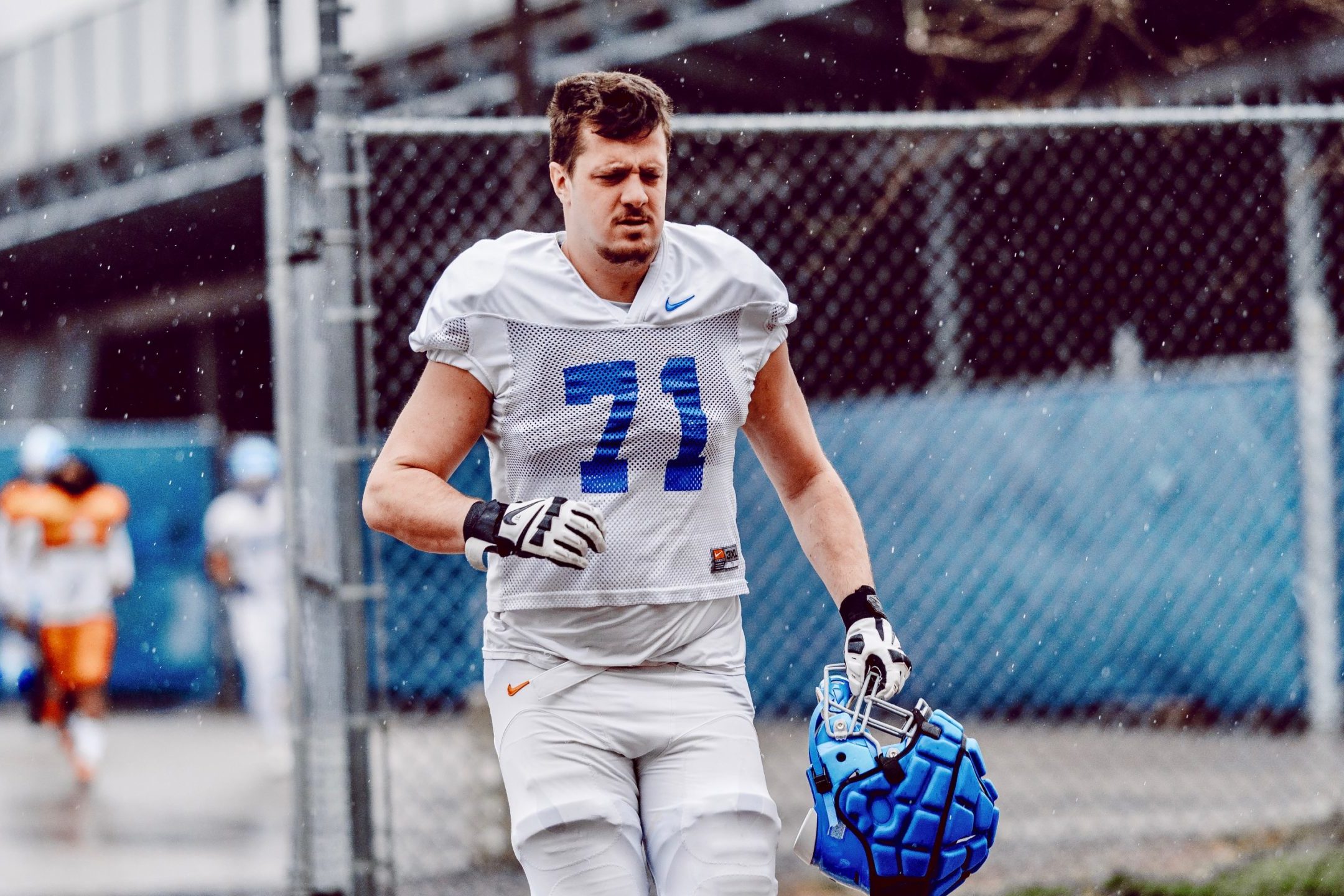 Bronco Nation News is counting down the 25 most important players to the Boise State football team in 2022. Next up in our series is No. 17, offensive lineman Cade Beresford:

One of the biggest disappointments of the 2021 season for Boise State was the inconsistent play and struggles from the offensive line.

An injury to center Kekani Holomalia-Gonzalez set off a series of dominoes that led to the Broncos underperforming along the offensive line for much of the year. The Broncos were one of the worst rushing offenses in the country the first half of the season and the offense finished with its lowest scoring output in more than a decade.

Holomalia-Gonzalez is back and four starters return including All-Mountain West first teamer John Ojukwu, but it’s the addition of Washington State transfer Cade Beresford that has the Broncos most excited about the potential improvements up front.

The 6-foot-7, 300-pound Beresford started eight games at right guard for the Cougars last season. He joined the Broncos in January and was impressive during spring practices.

He played left tackle in the spring game with Ojukwu out injured but likely will bump over to right tackle in the fall. He also could play guard if the Broncos elect to have Ben Dooley, Garett Curran or Will Farrer play tackle.

“Awesome – he’s had a great camp,” Boise State offensive coordinator Tim Plough said shortly before the spring game in April. “Probably one of the most important recruiting acquisitions would be having Cade join the team, not just as a player but as an older, veteran guy. I’ve been really happy for him.

“He’s been having a great cap for us and definitely an improvement for us up front. He’s going to help us a lot.

Beresford has two years of eligibility remaining. His brother Jack, a defensive lineman, also joined the Broncos as a walk-on after transferring from Washington State and has four years left to play.

Another cool side story? Harry Beresford, their father, played left tackle for the Broncos in the early 1990s. The two boys would come to Boise State games as a kid growing up and considered Boise State out of high school before eventually choosing the closer school in Washington State.

But both have now made it to Boise State, and the older brother Cade likely will get a shot to make an immediate impact with his new team.

Boise State’s offensive line wasn’t very good last season, but Beresford has a chance to help change that – which is why he comes in at No. 17 on our list of the 25 most important players for the Broncos in 2022.