No. 19 on the BNN most important players list for Boise State football in 2022: Nickel Seyi Oladipo 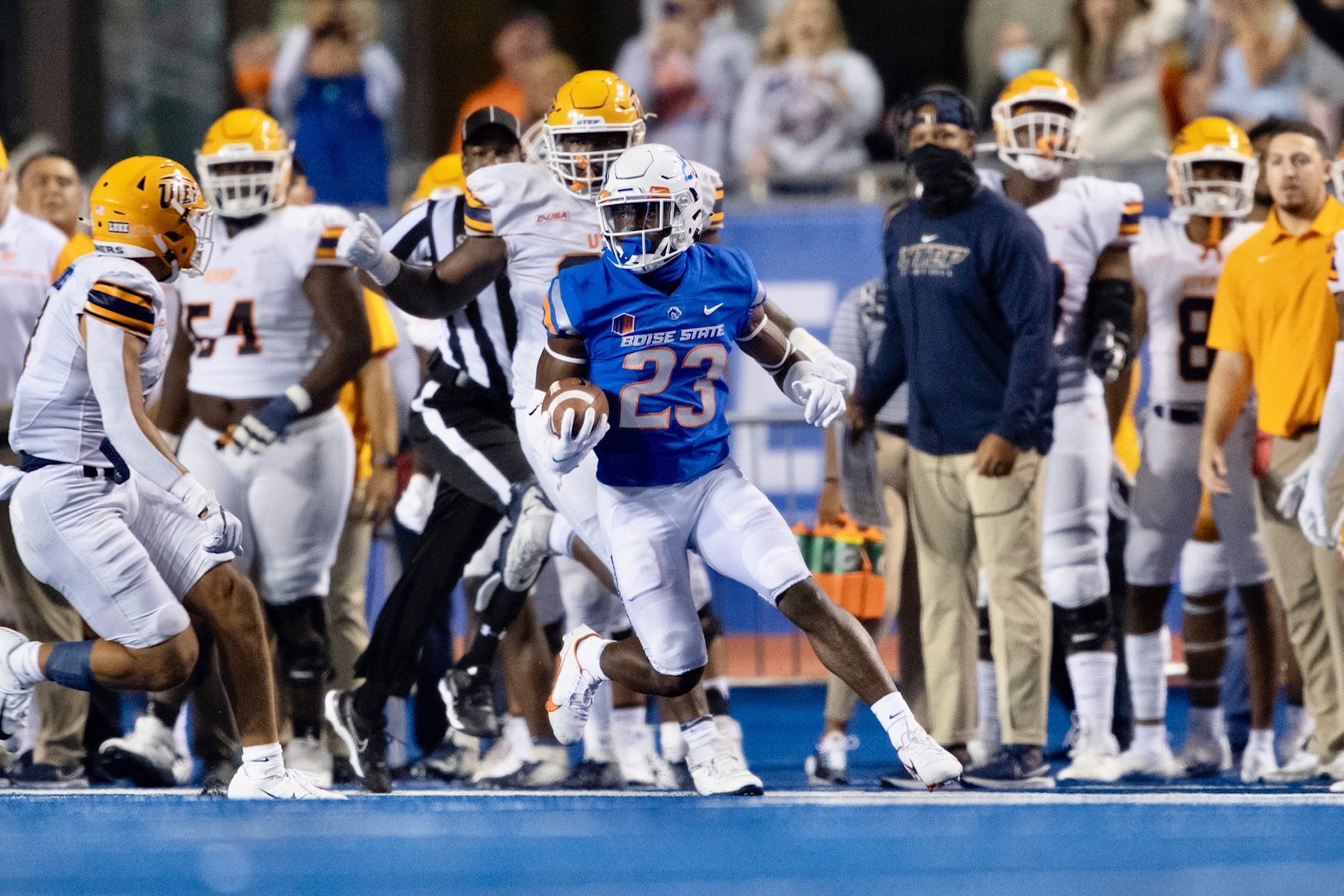 Boise State defensive back Seyi Oladipo runs with the ball after an interception against UTEP in 2021 at Albertsons Stadium in Boise. (Photo by Boise State Athletics)
By B.J. RainsMay 17, 2022

Bronco Nation News is counting down the 25 most important players to the Boise State football team in 2022. Next up in our series is No. 19, defensive back Seyi Oladipo:

As Boise State defensive back Seyi Oladipo made the transition from safety to nickel during spring practices, he quickly realized what he was getting into.

“Honestly I’ve learned how great the people that played that position were,” Oladipo said with a laugh.

After an impressive true freshman season as a backup safety which included two interceptions, Oladipo is one of the leading candidates to replace All-Mountain West star Kekaula Kaniho at nickel next season.

Kaniho was one of the most productive players in Boise State history, finishing his five-year career with a school record 60 games played. He had 217 tackles, 5.0 sacks, six interceptions and 22 passes defended while three times being named an All-Mountain West honoree.

And Oladipo is finding out that Kaniho made it look much easier than playing nickel actually is.

“Looking back, he was one of the smartest players I’ve ever met,” Oladipo said. “Playing that position, I’m realizing how intricate that position really is and how much the coaches know that nickel position is important to our defense.”

Added Oladipo, “That position, honestly, words can’t even describe how intricate it is.”

Oladipo is eager to give the spot a shot. With starters JL Skinner and Tyreque Jones back, it’s likely his only chance at seeing significant playing time this season.

“That’s exactly how it is – I came here and I’ve seen the great players and I just want to play,” Oladipo said.

The 5-foot-11, 195-pound Oladipo was a three-star prospect and the No. 10 ranked prospect in Colorado from 247Sports when he signed with the Broncos in 2021 out of Eaglecrest High School in Centennial, Colorado.

He impressed enough to earn immediate playing time as a true freshman last fall and had the first two interceptions of his career against UTEP in the second game of the season. He finished the season with eight tackles, 1.0 tackles-for-loss, four pass break-ups and the two interceptions.

Searching for ways to get him on the field despite Skinner and Jones returning, Boise State’s coaches put him at nickel for spring practices with Kaniho gone.

By all accounts he had a solid spring there, and will enter fall camp as one of the leaders to earn the starting spot.

“You’re a lot closer. Being up in that box everything comes faster, “Oladipo described. “At safety you have time to read…but at nickel you have your first key and then you have to go.”

Asked whether he had a preference as to playing safety or nickel, Oladipo responded, “I prefer playing football.”

Oladipo appears to have a bright future with the Broncos and should be a factor at nickel this fall, which is why he checks in at No. 19 on our list of the most important players to the Boise State football team in 2022.

My WILD GUESSES at the 2023 Boise …by BSUaddict2 mins ago