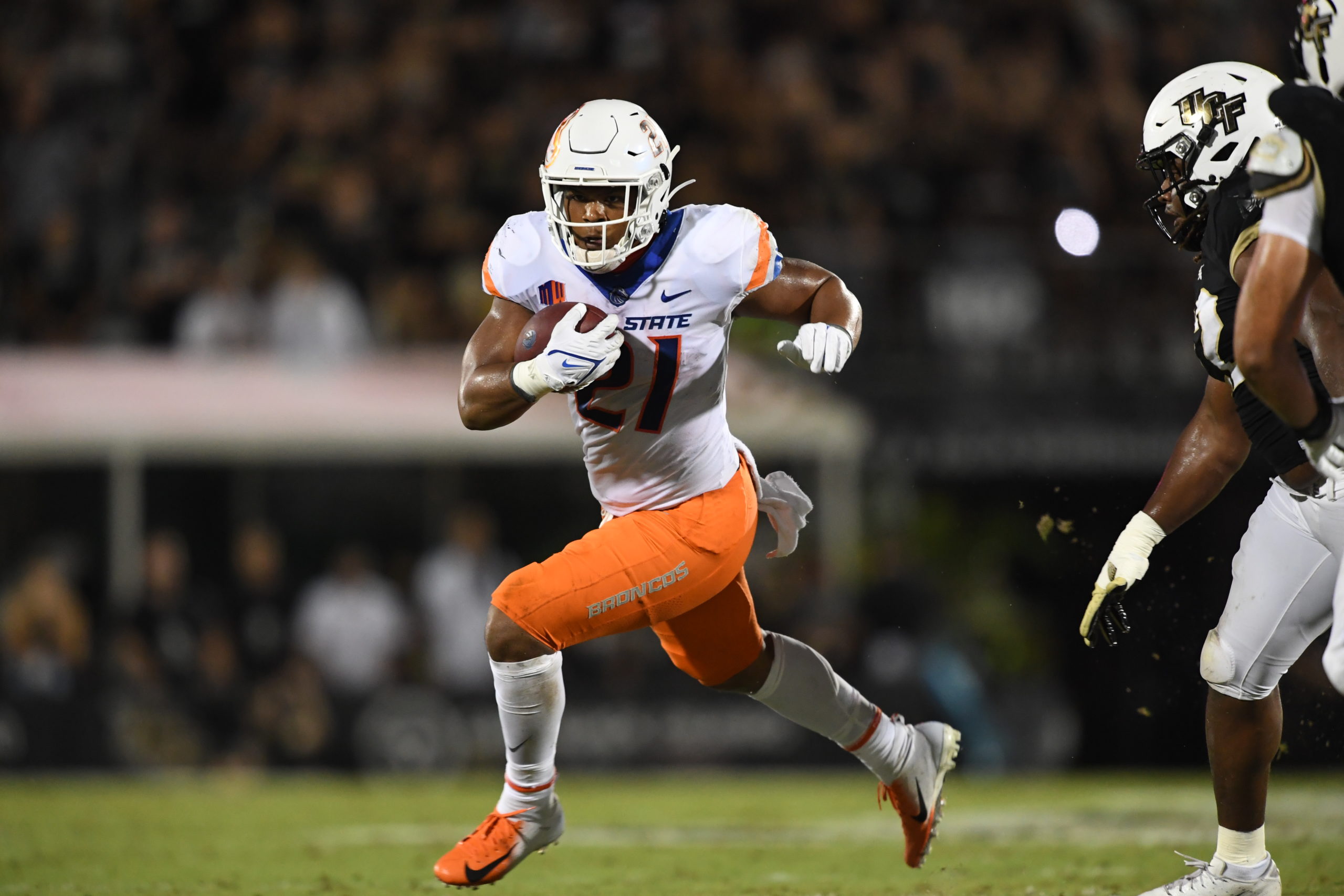 Boise State running back Andrew Van Buren carries the ball against UCF in the season opener on Sept. 2. Van Buren is transferring from Boise State, according to a source. (Photo courtesy of Boise State Athletics/John Kelly)
By B.J. RainsDecember 16, 2021

A Boise State spokesman confirmed Van Buren is no longer on the team and his name has already been removed from the online roster.

In four years at Boise State Van Buren rushed for 1,027 yards and 21 touchdowns. He also had 30 receptions for 168 yards and a touchdown.

Van Buren has 17 rushing touchdowns the past two seasons while being used mostly as a goal line and short yardage back.

He hinted that he might look to finish his career elsewhere during a media session prior to Senior Night. Van Buren said he was treating that game like it was his last home game as a Bronco.

Van Buren played four years but has one year of eligibility left thanks to the NCAA granting every player an extra year due to the impact COVID-19 had on the 2020 season.

He was the third string running back this season behind both George Holani and Cyrus Habibi-Likio, and didn’t figure to get a heavier workload than he got this year if both those players return again in 2022.

This is a breaking news story and will be updated, so check back to BroncoNationNews.com…