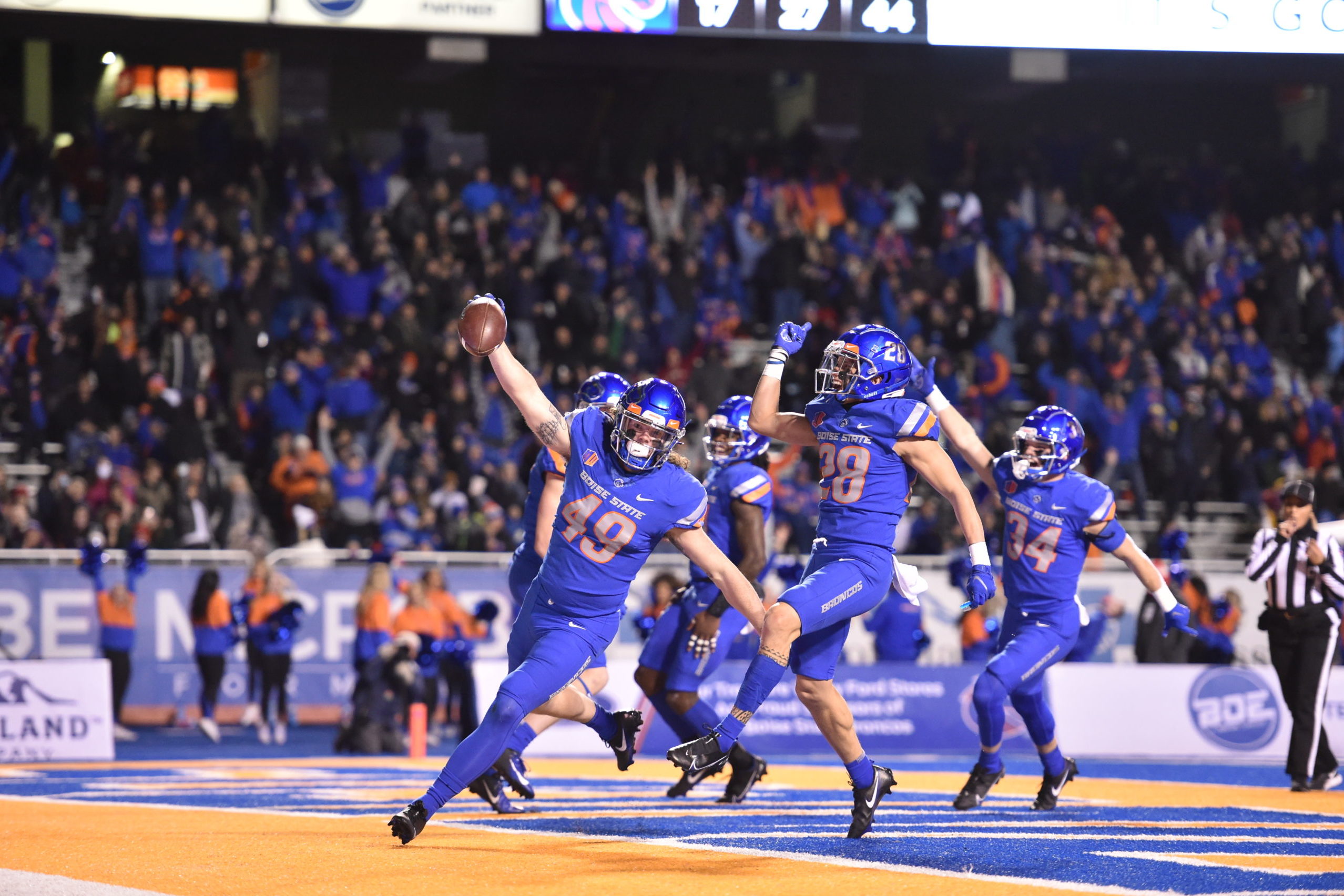 Boise State has suspended football player Dylan Herberg following an arrest for five charges including Driving Under the Influence.

According to Ada County arrest records, Herberg was booked at 11:15 p.m. Saturday night and charged with Driving Under the Influence and four charges for Children-Injury to Child-Adult Transports Minor in Vehicle While Under the Influence. The total number of charges is five.

A Boise State spokesman released a statement to Bronco Nation News Sunday evening that said, “Boise State is aware of the situation, and Dylan Herberg has been indefinitely suspended from all team activities as we follow our department policy.”

According to a statement released by Boise Police, “Around 11:15 pm on Saturday, January 29th Boise Police responded to vehicle vs tree collision on S. Constitution Ave.  The driver of the vehicle was identified as Dylan Herberg.  Herberg appeared to be under the influence of alcohol and failed a field sobriety test.  There were four children in the car at the time of the collision resulting in four charges of injury to child.  No one was hurt in the incident.”

Herberg, a Timberline High School graduate, was a redshirt junior last fall and was credited with six tackles and one sack in 10 games last season as an EDGE rusher. He also had a forced fumble and a pass break-up and scored his first career touchdown after scooping up a blocked punt against New Mexico.