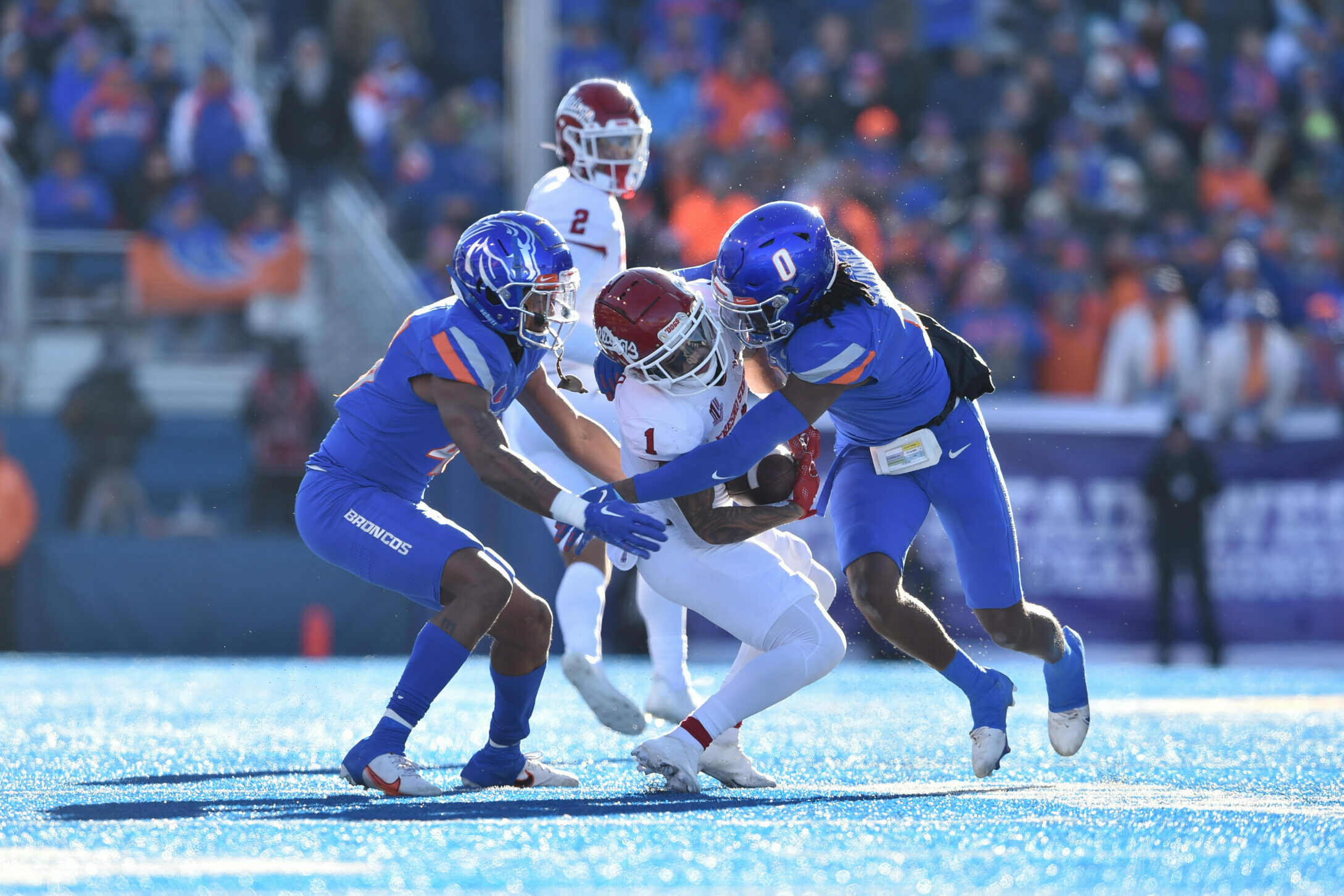 BOISE – Boise State’s remarkable turnaround from 2-2 to 9-3 and a spot in the Mountain West title game will be remembered and praised years from now.

There wasn’t much of that on Saturday.

The Broncos allowed a punt return touchdown, committed a key roughing the punter penalty and lost the turnover battle in a disappointing 28-16 loss to Fresno State in the Mountain West title game at Albertsons Stadium.

Boise State (9-4) will now await a bowl destination on Sunday, but leading contenders appear to be the Frisco Bowl or the First Responder Bowl.

“(We’ll) remember this feeling,” Boise State quarterback Taylen Green said. “This feeling sucks, but you just have to learn from it.”

Boise State has just two Mountain West titles in the past eight years. The Broncos have now lost in the Mountain West Championship Game three times in the past five years, including in 2018 to Fresno State at Albertsons Stadium and 2020 to San Jose State in Las Vegas.

The Broncos went 7-1 to finish the regular season after an ugly loss to UTEP led to Tim Plough being fired and replaced by Dirk Koetter and quarterback Hank Bachmeier transferring and the redshirt freshman Green taking over.

Within that stretch was a 40-20 win over Fresno State back on Oct. 8. The game was much different Saturday.

Green picked a bad time for the worst game of his young career, and Boise State’s special teams ruined what was a dominant defensive effort for much of the game.

Fresno State finished with just 245 Yards but somehow had 28 points thanks to two Green interceptions and a 70-yard punt return touchdown from the Bulldogs’ Nikko Remigio.

The Bulldogs also benefited from a questionable roughing the punter call on 4th-and-15 that extended the drive and led to a Fresno State touchdown. Jaylen Clark made contact with punter Carson King, but had ‘running into the kicker’ been called instead of roughing, the Bulldogs would have still had to punt leading just 14-9.

“I was just trying to get there and make a play for my team and you live with the refs call,” said Clark, who was made available along with Green due to a Mountain West rule requiring anybody who appeared in the game to be available for comment afterwards.

“You can’t change it. It definitely affected the game, but there’s ways I could have fixed my technique to maybe not have that happen.”

Fresno State took advantage of the first down and finished off a 13-play, 87-yard drive with a 22-yard touchdown from Jake Haener to Zane Pope to go up 21-9 with 14:49 left in the game.

“We’re always looking to change the game on special teams and we obviously didn’t do that today and that hurt our team,” coach Andy Avalos said.

The Bulldogs scored again on a 3-yard run from Jordan Mims after a Green interception to put the game away at 28-9.

Davis Koetter scored on a 52-yards touchdown pass from Green in the fourth quarter, but the Broncos weren’t able to get any closer.

As time expired the Bulldogs rushed the field in celebration as Boise State’s players quietly walked to congratulate them.

“We obviously didn’t accomplish what we set out to do today but we accomplished a lot this year,” Avalos said. “We accomplished a whole lot of things in terms of growing our program and our family. There’s a lot of commitment, there’s a lot of passion and there’s guys that care about the things we’re doing and I’m just so blessed to be part of that.”

Green completed just 17 of 38 passes for 175 yards and a touchdown to go along with two interceptions.

The Broncos rushed for just 146 yards after rushing for 316 in the regular season matchup with Fresno State. Avalos said the Broncos liked the looks Fresno State was giving them to focus more on the pass, but the Broncos just didn’t execute.

Boise State will now await a bowl destination on Sunday. Possible landing spots could be the Frisco Bowl or the First Responder Bowl.

“I’m sorry to Bronco Nation that we didn’t finish the mission tonight,” Avalos said. “But I’ll say this: Bronco Nation has a lot of great young men to be proud of.