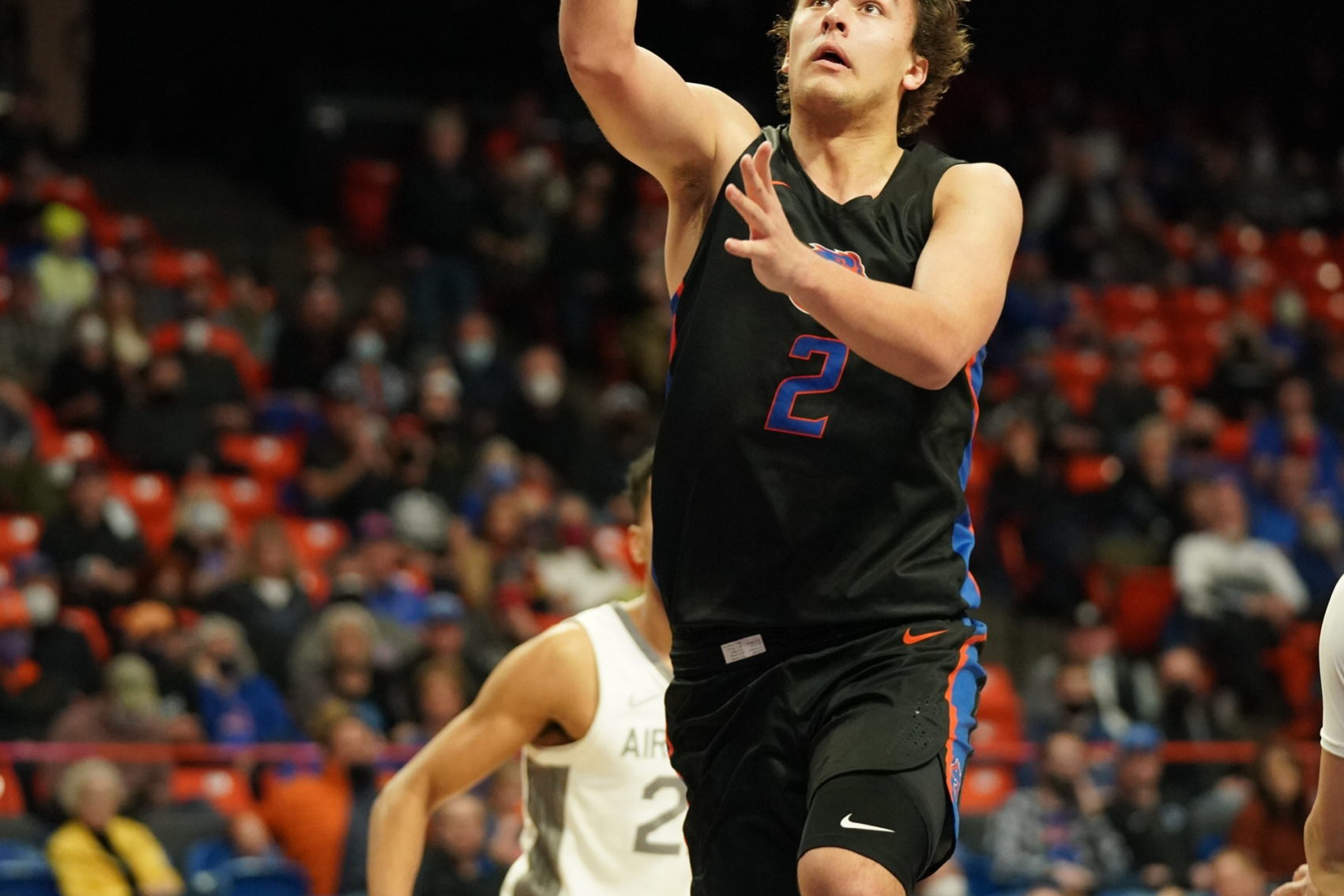 For the second game in a row the Boise State men’s basketball team wasn’t clicking on all cylinders and didn’t look particularly great for a good chunk of the night.

But the Broncos did just enough to win – again.

Boise State got out-rebounded, missed 13 free throws and let Air Force shoot 51.2 percent from the field but still came away with a 62-56 win over the Falcons at ExtraMile Arena.

“We just found a way to win,” said freshman Tyson Degenhart, who led the Broncos with 19 points. “It wasn’t the prettiest. We started out super good and then had a lull later in the first half but we found a way to get it done and that’s what it takes in the Mountain West.”

Boise Sate burst out to a 22-8 lead midway through the first half but found itself trailing on two different occasions in the second half. The Broncos would have had a more comfortable margin had they not gone 19 for 32 from the free throw line.

The Broncos got out-rebounded for just the third time all season by a slim margin of 26-24. It’s the first time Boise State won a game this season when losing the battle on the glass.

Just like they did against New Mexico last Saturday, many of the stats lean towards Air Force – except the final score.

“We’ll take the win for sure,” said Max Rice, who had six points including two huge buckets in the second half.

Boise State, which was playing its first home game in 21 days, heads back on the road for a tough two-game stretch to Utah State on Thursday and San Diego State on Saturday.

Bronco Nation News will be in both Logan and San Diego and have full coverage, including live pregame and postgame shows.