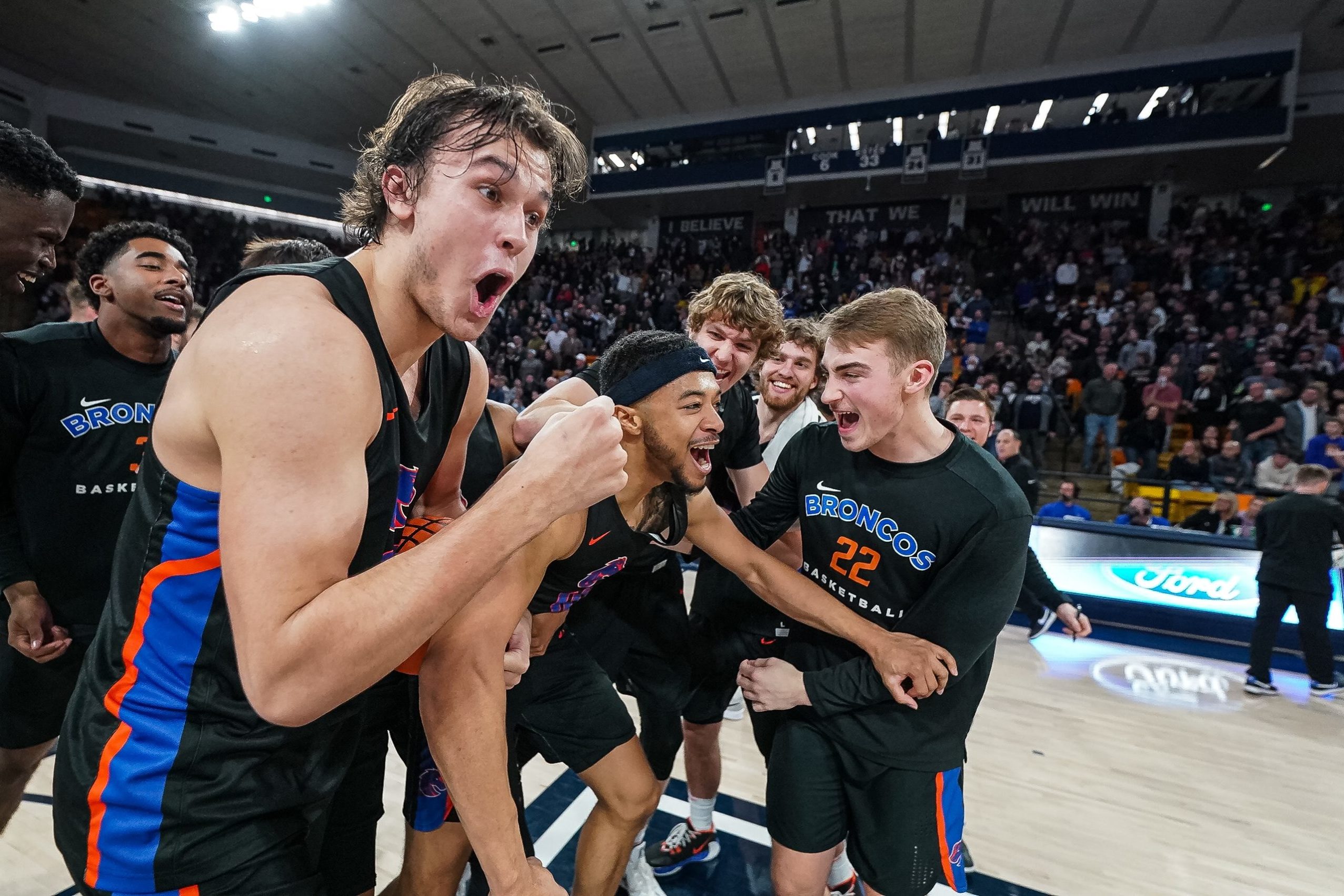 Leon Rice cut off a reporter before the question had even been finished. He’s not ready to talk about the possibility of the Broncos playing in the NCAA Tournament.

“No,” Rice said sternly. “We’ve got Fresno State next game.”

Most NCAA Tournament projections including ESPN’s Joe Lunardi now have the Broncos in the 68-team field. Boise State (16-4, 7-0 MW) is the only undefeated team left in a Mountain West Conference that some think could get four teams into the Big Dance come March.

Fans and media can speculate about that. Rice won’t – and doesn’t want his players doing so either.

It’s a remarkable turnaround to even be thinking about the NCAA Tournament given where the Broncos were two months ago. After losses to CSU-Bakersfield and Saint Louis dropped the Broncos to 3-4, some wondered whether Boise State would even finish in the top half of the league standings.

But thanks to a 13-game win streak featuring five road wins and six wins over six top-100 teams, the talk around town and nationally is not just on whether the Broncos can win the league and get to the Big Dance – but how high of a seed they could potentially get if they keep winning.

“That puts you in a place that doesn’t help you if your mind is out in the future instead of what the job is. If you’re off thinking about that you’re not doing your job.”

And wins at Nevada, Utah State and San Diego State in the past two weeks, combined with Tuesday’s impressive home win over the only other unbeaten team in the league in Wyoming has thrust the Broncos more into the national conversation.

The CBS Sports power rankings Thursday had the Broncos at No. 18 in the country, while others including NCAA.com‘s Andy Katz have moved the Broncos into their top 25 rankings.

But Rice said he learned at Gonzaga not to fall into the trap of paying attention to tournament projections or rankings because it can only do one thing – hurt you.

As the winning streak has progressed he’s stressed to his team to stay in the moment and focus only on the next game – in this case Friday night at Fresno State – not the outside noise or hype.

“But that’s why we have ben able to do it. We’re staying in the present and we really don’t care about that stuff. We are about one thing and that’s being able to play our best against a really good team that’s really well coached and they are playing at home.”

Fresno State (14-5, 4-2 MW) has won four of its past five games and enters ranked No. 59 at KenPom and No. 60 in the NET. Forward Orlando Robinson is averaging 19.2 points and 8.6 rebounds per game and is emerging as an All-American candidate.

This would qualify as a ‘Quad 1’ win for the Broncos for their NCAA Tournament resume. It also would establish a new program record with 14 consecutive wins, and might be enough to propel them into the Top 25 next week.

It also would strengthen their chances of making the NCAA Tournament. Just don’t tell that to Rice.

He was kidding. Kind of.

Tip off from the Save Mart Center in Fresno Friday is set for 9 p.m. MT and the game will air nationally on FOX Sports 1.

Lost love spells +27780802727 get …by mudlwuz mudlwila15 hours ago
Fan Poll
What bowl game would be best for the Broncos?