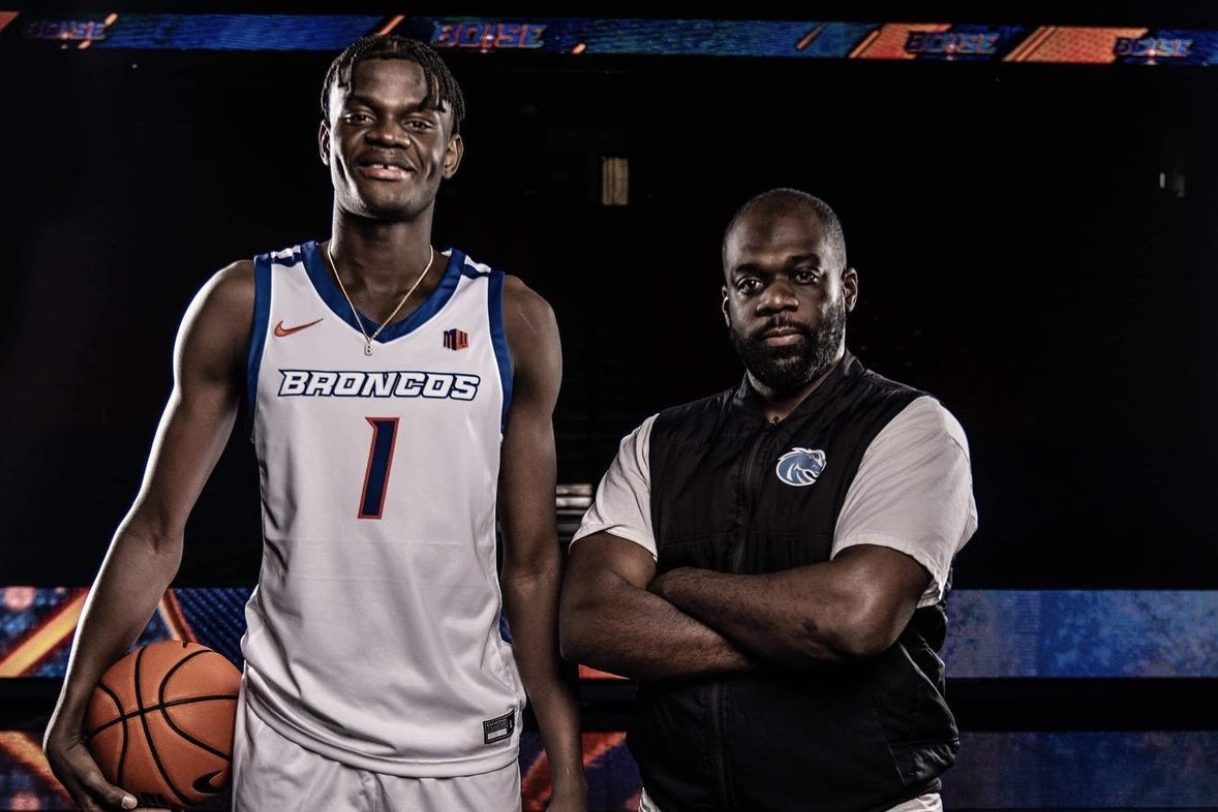 Photo posted by Sadraque Nganga on Instagram from his visit to Boise State. (@sada_ngabga)
By B.J. RainsApril 14, 2022

A historic year for the Boise State men’s basketball team continued Thursday with the signing of the highest-ranked high school prospect in program history.

Boise State announced the signing of 6-foot-10 forward Sadraque Nganga, a four-star prospect ranked in the top 100 in the 2022 class by both 247Sports and ESPN.

Nganga had offers from some of the top programs in the country including Kentucky, UCLA, Kansas, Arizona and Auburn before committing to Boise State back in February.

“Sada is a very talented young man with unlimited potential and a tremendous amount of upside,” Boise State coach Leon Rice said in a statement. “We look forward to helping him fulfill his potential as both a player and a person.”

Nganga was once a top-15 player in the 2022 class before he missed his junior season due to injury. A native of Angola, Nganga just finished up his senior year at AZ Compass Prep in Phoenix. He is ranked 76th in the class from 247Sports and 86th by ESPN.

The addition of the highly-skilled Nganga follows up a banner year for the Broncos, who won a program record 27 wins and were both the regular season and tournament Mountain West champions. Boise State was a No,. 8 seed in the NCAA Tournament, the highest seed in program history, before falling to Memphis in the first round.

Here’s the previous story we wrote on Nganga when he committed in February.

Boise State loses senior Abu Kigab and likely will lose starter Emmanuel Akot, who put his name into the transfer portal. Three starters could return, including star freshman Tyson Degengart. Marcus Shaver Jr. declared for the NBA Draft but is keeping open the option to return to the Broncos (the expected outcome), while center Mladen Armus hasn’t made a decision on whether he’ll return for a final year.

Key reserves Max Rice, Naje Smith, Lukas Milner and Pavle Kuzmanovic all return to the Broncos as well. Boise State also will welcome Jace Whiting, a guard from Burley, Idaho, who signed with the Broncos in 2019 before beginning a two-year church mission.

Boise State still has one scholarship remaining for the upcoming season. It’s expected the Broncos will use that in the transfer portal.

4 ⭐️ PF Sadraque Nganga has committed to Boise State!
He is the highest-ranked prep prospect in @BroncoSportsMBB history!! pic.twitter.com/85Y4YAsE24

Casey Kline entering the transfer …by Bronco74548 hours ago

BSU Volleyballby BSUBass779 hours ago
Fan Poll
What bowl game would be best for the Broncos?