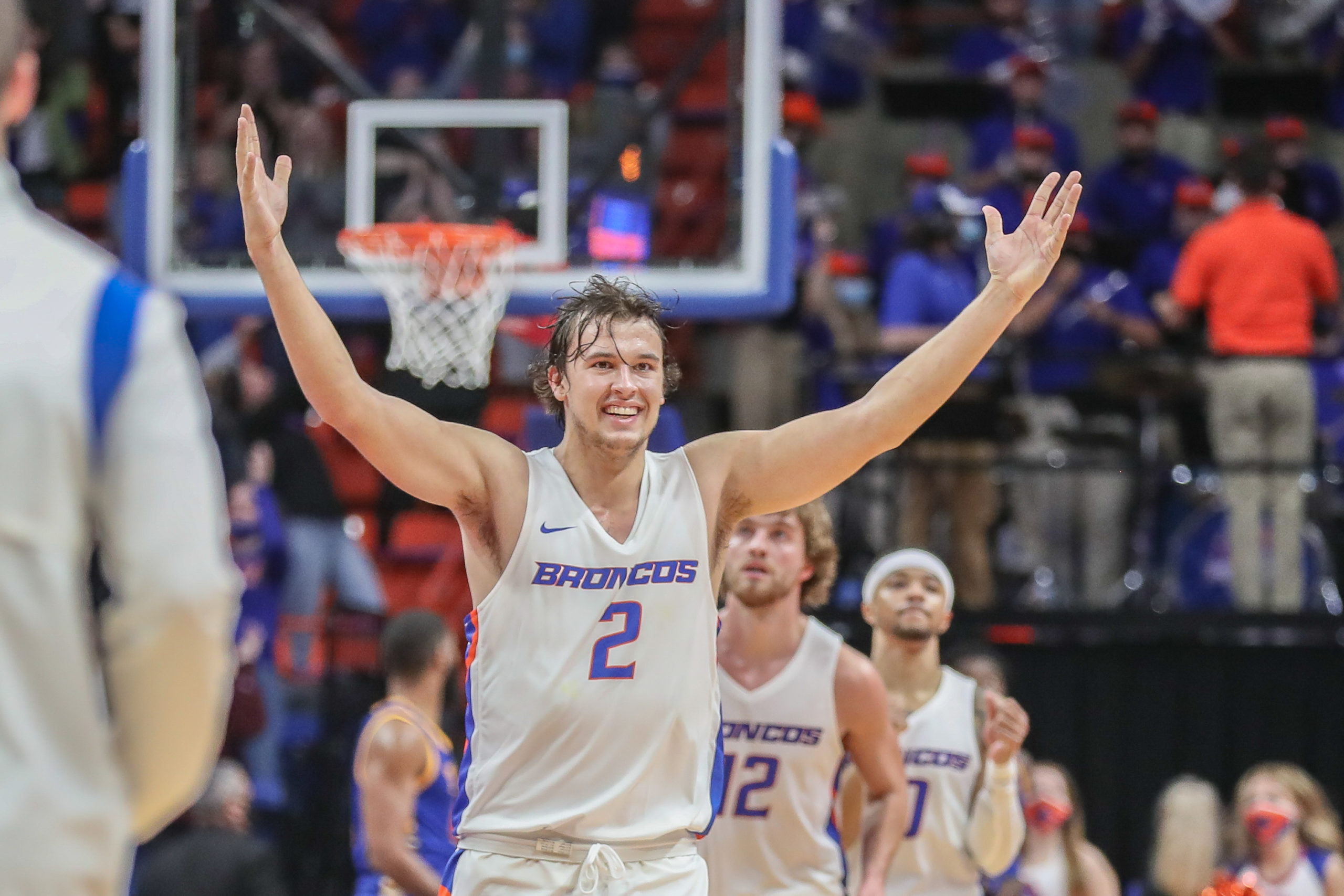 Boise State took down Tulsa in comeback fashion 63-58 Friday night at ExtraMile Arena thanks to a 14-2 run to end the game.

The Broncos won despite turning the ball over 24 times, the most in 12 years under coach Leon Rice, and shooting just 50 percent from the foul line (8 of 16). But the Broncos made six of eight free throws in the final four minutes to clinch the win.

Boise State trailed 56-49 with 4:59 left but scored the next seven points to tie the game and took the lead for good on a 3-pointer from Marcus Shaver Jr. with 2:09 to go.

It’s one game, but the Broncos hope it’s the start a run that could change the narrative of their season going forward. Boise State was coming off two tough losses to CSU-Bakersfield and Saint Louis and badly needed a win anyway they could get it – even if they didn’t play perfect.

PLAYER OF THE GAME

Marcus Shaver Jr. had a near triple-double, posting eight rebounds and seven assists to complement his 17 points. With Tulsa leading 58-56, Shaver nailed a 3-pointer with 2:09 remaining to give the Broncos the lead. Tulsa did not score for the remainder of the game and the Broncos added four free throws to close out the game.

“It was just another shot – I knew it was going in,” Shaver said.  “It was just confidence really. I believe in myself, my team believes in me and I just knocked it down.”

After Shaver’s triple put the Broncos in front, freshman Tyson Degenhart sent ExtraMile Arena into a frenzy with his block of Tulsa standout Jeriah Horne with 1:26 remaining. Horne, who led Tulsa with 17 points, rose up for a dunk attempt when Degenhart went straight up with both hands and blocked the shot.

24 – Boise State committed 24 turnovers, the most in the Leon Rice Era. But Tulsa failed to take advantage, scoring just 21 points off the 24 giveaways. The Broncos had 15 turnovers in the first half on 32 possessions.

3 – Tulsa only had three second-chance points thanks to just six offensive rebounds. Boise State controlled the glass, finishing with a 34-21 rebounding edge.

4 – The Broncos had four players in double figures. Shaver and Kigab each had 17 points, Emmanuel Akot had 12 points and Tyson Degenhart had 11.

“That almost felt like a release game, like ok, now we’re kind of coming into our own, now we’re making threes. And the turnovers, I think that was anomaly, we haven’t had problems with turnovers. When we kept the ball we shot a great percentage, the best we’ve shot all year. … When you’re able to win a game like that, it’s so much more valuable than beating a team by 30 because those are league games. What you just saw was a Tuesday night league game. That gives you that confidence to know no matter happens, we can take it in the last five, six minutes.”

The Broncos (4-4) will hit the road for a Tuesday night game against the California State University, Northridge Matadors (3-3). Tip off is 8 p.m. MST and will be streamed on ESPN+.

One less BSU scholarship football …by Joseph Whitaker19 hours ago