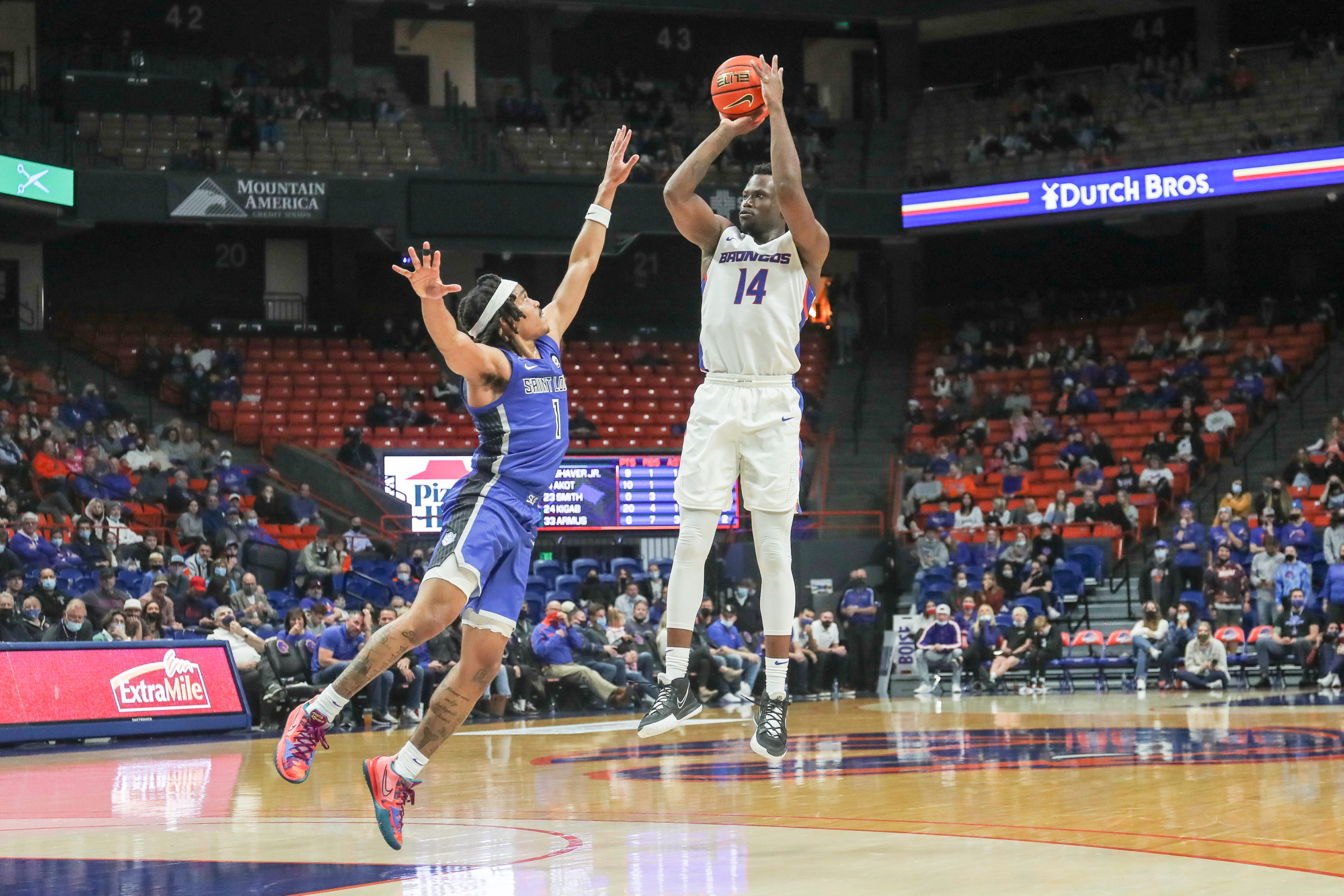 The Boise State men’s basketball team will look to end a two-game losing streak tonight when the Broncos host Tulsa at 7 p.m. The game will be streamed on the Mountain West Network at BroncoSports.com/MWN.

Big news for the Broncos broke late Thursday night as Bronco Nation News exclusively reported that guard Devonaire Doutrive has been kicked off the team. That story can be found here.

Boise State is coming off a tough 86-82 overtime loss to Saint Louis in which the Broncos made just 12 of 26 free throws. Coach Leon Rice said Thursday the Broncos have mixed up some things in practice to work on free throws. He even met with the golf coaches and team to find out how they deal with mental struggles on things like putting.

The Broncos have played the second-toughest schedule in the Mountain West to date according to KenPom.com.

A LOOK AT TULSA

Tulsa is 4-3 on the year after losing Monday’s game to Oral Roberts. The Golden Hurricanes are led by Jeriah Horne at 19.1 points per game, who transferred back to Tulsa after previously transferring and playing at Colorado. He was the second-leading scorer at Colorado last year before transferring back to where he started at Tulsa. He’s shooting 51.5 percent from the field and 47.4 percent from 3-point range.  As a team Tulsa is shooting 45 percent from the field, but opponents are shooting 46.3 percent against them.

Boise State played at Tulsa in 2019 and suffered a 69-56 loss. This is the return trip of a two-game home-and-home series. The game was scheduled for last year but postponed due to the COVID-19 pandemic.

Rice spoke with the media Thursday to preview tonight’s game. Watch the video below:

Bronco Nation News will have full coverage of tonight’s game, including our live pregame show at 6:30 p.m. from ExtraMile Arena on the BNN social media channels and right here at BroncoNationNews.com. We’ll have a live postgame show with a player or coach roughly 15 minutes after the game as well.