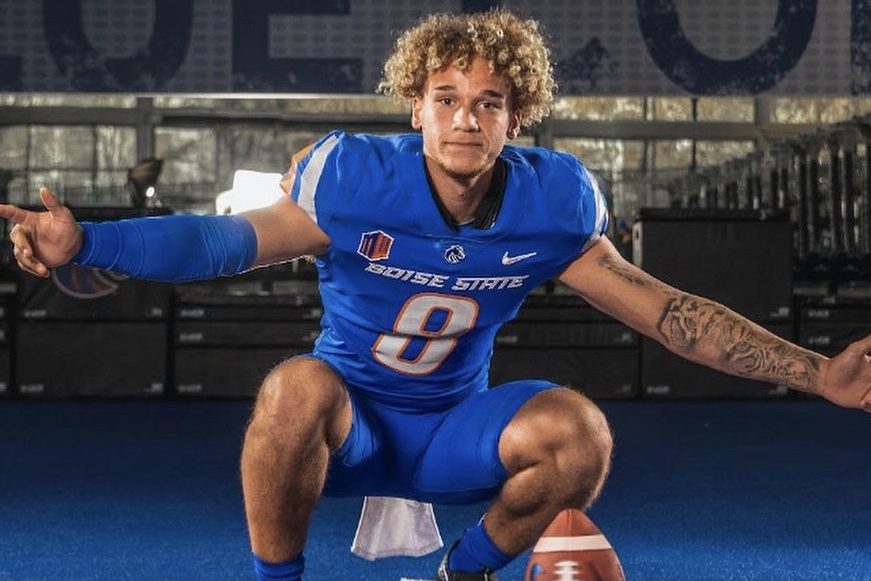 Tiller, who was offered by several other Mountain West schools including Utah State, San Jose State and San Diego State, fell in love with Boise State before he had the chance to take visits to the other schools.

“When I got to put those pads on it really felt like home … It was a great feeling, great atmosphere and you could just see that those guys were genuine,” Tiller told Bronco Nation News.

Tiller, a 6-foot-3 200 pound quarterback has thrown for 3,886 yards in two years at the varsity level including 36 touchdown passes.

Between the lines Tiller knows how to play football, but off the field the signal caller wants to make an impact in the Boise community.

“Football isn’t forever but friendships are,” Tiller said. “I want to build that friendship and trust with the community of Boise … Football camps with little kids and doing stuff like that just to help around the community in Boise and show that I’m really all in about them.”

Offensive coordinator and quarterbacks coach Tim Plough led the charge in the recruitment of Tiller. On his unofficial visit, Tiller had the opportunity to sit in the film room with Boise State coaches.

“I still remember to this day just how they were disguising their defenses and what they do to make line checks, Tiller said. “It was really easy to grasp on what they were talking about and going over in the film room.”

For some playing on a blue field may be an eyesore, and others love the thought of something new.

Under the assumption that Tiller will fulfill his verbal commitment, Tiller plans to arrive on campus in January after the early signing period for the 2023 class.

Tiller vocalized “You’re getting a kid that leads, and I lead by example.”

Linked on the top of the page is Tiller sitting down with Bronco Nation News Associate Reporter Collin Mitchell to discuss his visit at Boise State and much more.

Broncos have plenty to fix heading into Friday’s game at New Mexico
September 8, 2022

Broncos giving Bachmeier a chance to respond – but will he start Friday at New Mexico?
September 6, 2022

mtomby mtom 7863211 hours ago
Fan Poll
What bowl game would be best for the Broncos?