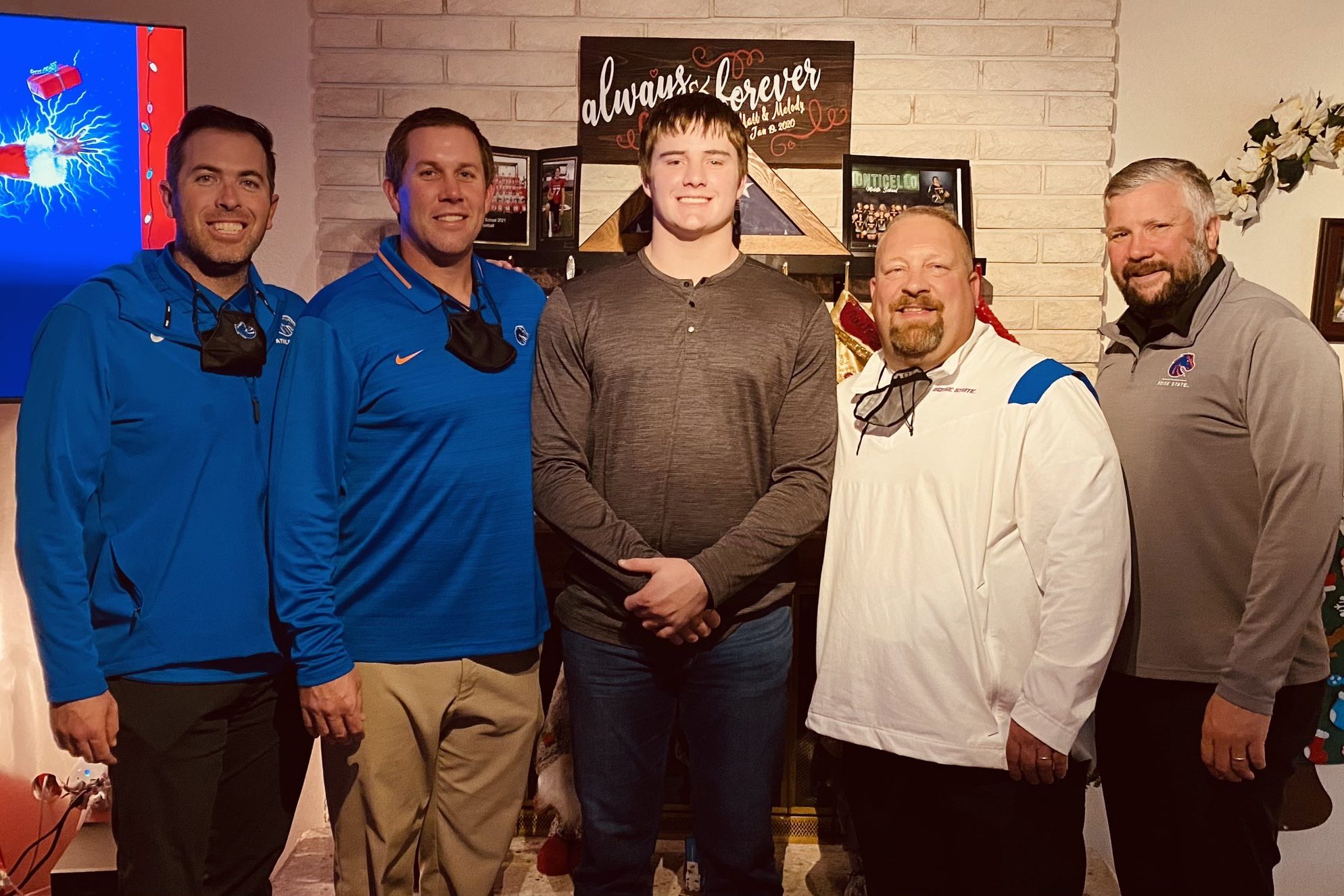 Bronco Nation News is catching up with Boise State football commits ahead of the Dec. 15 early signing period. Next up in our subscriber-only series is offensive lineman Kage Casey from Clackamas, Oregon.

There was no elaborate meal or hours spent in the kitchen cooking something up when a group of Boise State coaches came to have dinner with Kage Casey a few days ago.

“Pizza and Gatorade,” Casey said of the menu.

“It was great having them over,” Casey said. “We just sat here around the kitchen table and talked for an hour or two. … It’s an amazing feeling. It makes me feel like I belong and that they want me and that it’s worth my time to commit. It’s the next five years of my life so I want to feel like I’m where I belong. It was great.”

Casey plans to sign with the Broncos on Wednesday and then will graduate high school early and enroll at Boise State in January for the spring semester. He said he’s “stoked” to start his Boise State career but admitted it’s all hitting him pretty fast.

“This is crazy,” Casey said. “I’m scared for the transition like everyone is. I had myself a little emotional breakdown a few days ago thinking about how everything is happening, but I’m super excited to get here and I know I’m going to be super happy on Signing Day.”

One less BSU scholarship football …by Joseph Whitaker14 hours ago