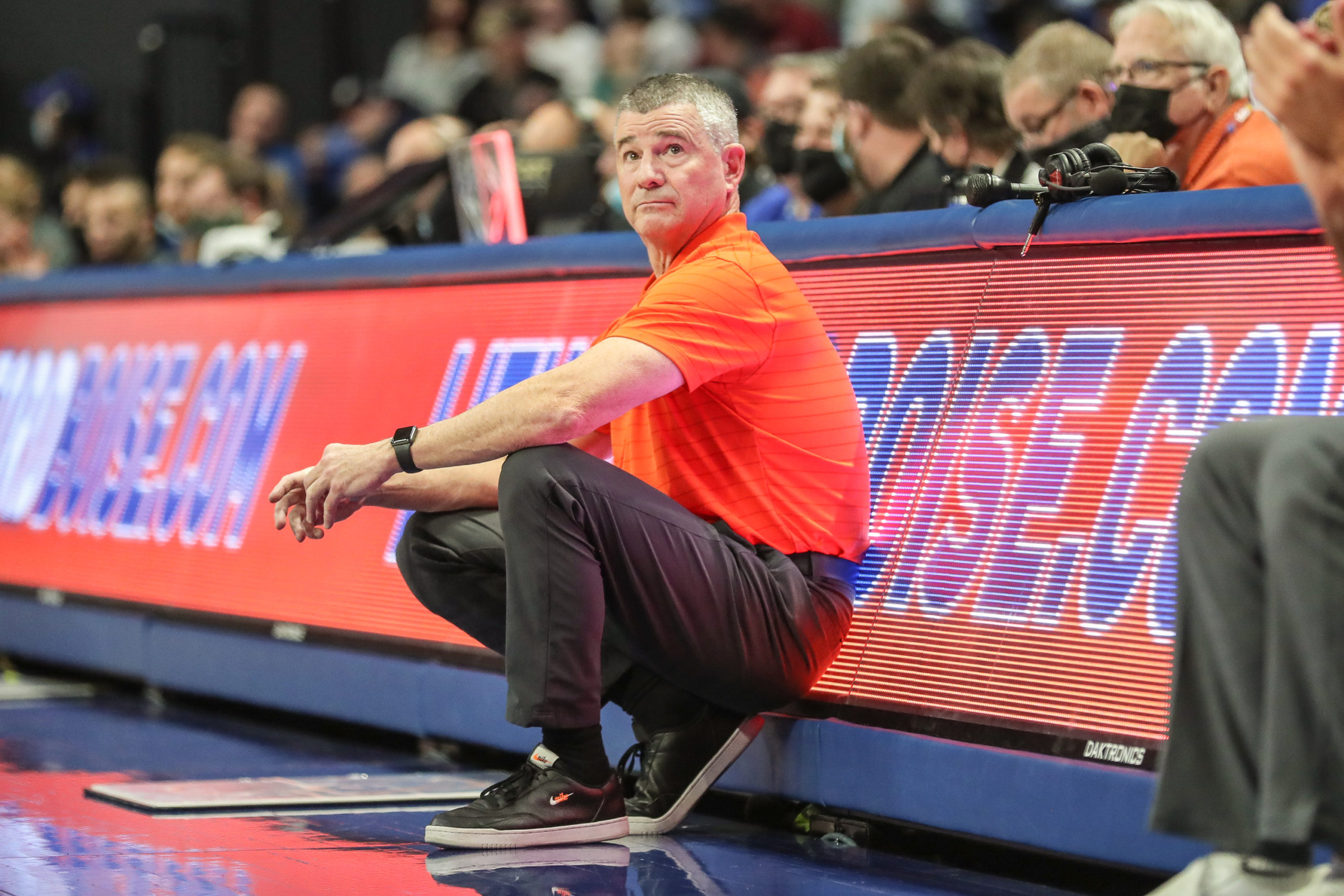 Boise State basketball coach Leon Rice has been known to sit down for a hand of blackjack or roll the dice at a craps table occasionally while in Las Vegas for recruiting, Mountain West Media Day or other reasons.

So of course he compared Boise State’s eight-game win streak and the busy schedule the next week to craps.

Boise State (11-4, 2-0 MW) is coming off an impressive 85-70 win at Nevada on Wednesday night and has won eight games in a row heading into Saturday’s game at New Mexico. The 3:30 p.m. tip on FS1 at The Pit was added to Boise State’s schedule earlier this week to help with rescheduling issues around the league due to games being postponed due to COVID.

The Broncos also had a Thursday makeup game at Utah State added to the schedule next week, giving Rice and the Broncos his toughest five-game stretch scheduling wise in his 12 years in Boise. Boise State arrived back in Boise Thursday afternoon from Reno and will turn around and fly to Albuquerque barely 24 hours later.

Boise State then hosts Air Force next Tuesday, plays at Utah State next Thursday and at San Diego State a week from Saturday. The finishing stretch includes games in Logan, Utah, and San Diego, Calif., in less than 48 hours, and it all adds up to five games in five different states in 11 days.

But the Broncos are eager for the challenge, at least for now, given the current eight-game winning streak and how well they’ve played. Boise State hasn’t lost since Nov. 30.

“We have a lot of games coming up but we’re excited,” guard Emmanuel Akot said. “That’s what basketball players like to do. I think our team is up to the challenge of having all these games and I think that makes it even more fun for us.”

New Mexico (7-9, 0-3 MW) has struggled in year No. 1 of the Richard Pitino era but the Lobos have looked much improved of late. They have been competitive in most games and had a 17-point lead at home on Utah State last week before losing a close game.

Playing at The Pit is also never easy, making Saturday’s road matchup a sneaky tough trap game for the Broncos.

“You can tell they are getting more comfortable with their system,” Rice said. “They look terrific. … That first half of the Utah State game, holy cow were they terrific. They looked unguardable in that first half. The guards are really explosive and can score and they are moving the ball and playing unselfish.”

Boise State enters the game with a season-best ranking of No. 40 in the KenPom.com rankings, while New Mexico sits at 217.

Bronco Nation News is traveling to Albuquerque and will have a reporter on site to provide exclusive coverage. Make sure to follow the Bronco Nation News social media channels for live pregame and postgame shows with interviews, analysis and more.

Rice met with the media Friday afternoon to discuss the current stretch of games and preview Saturday’s game at New Mexico. Here’s the full interview:

+27679838718 bring back lost love …by mama bongi healer8 seconds ago
Fan Poll
What bowl game would be best for the Broncos?