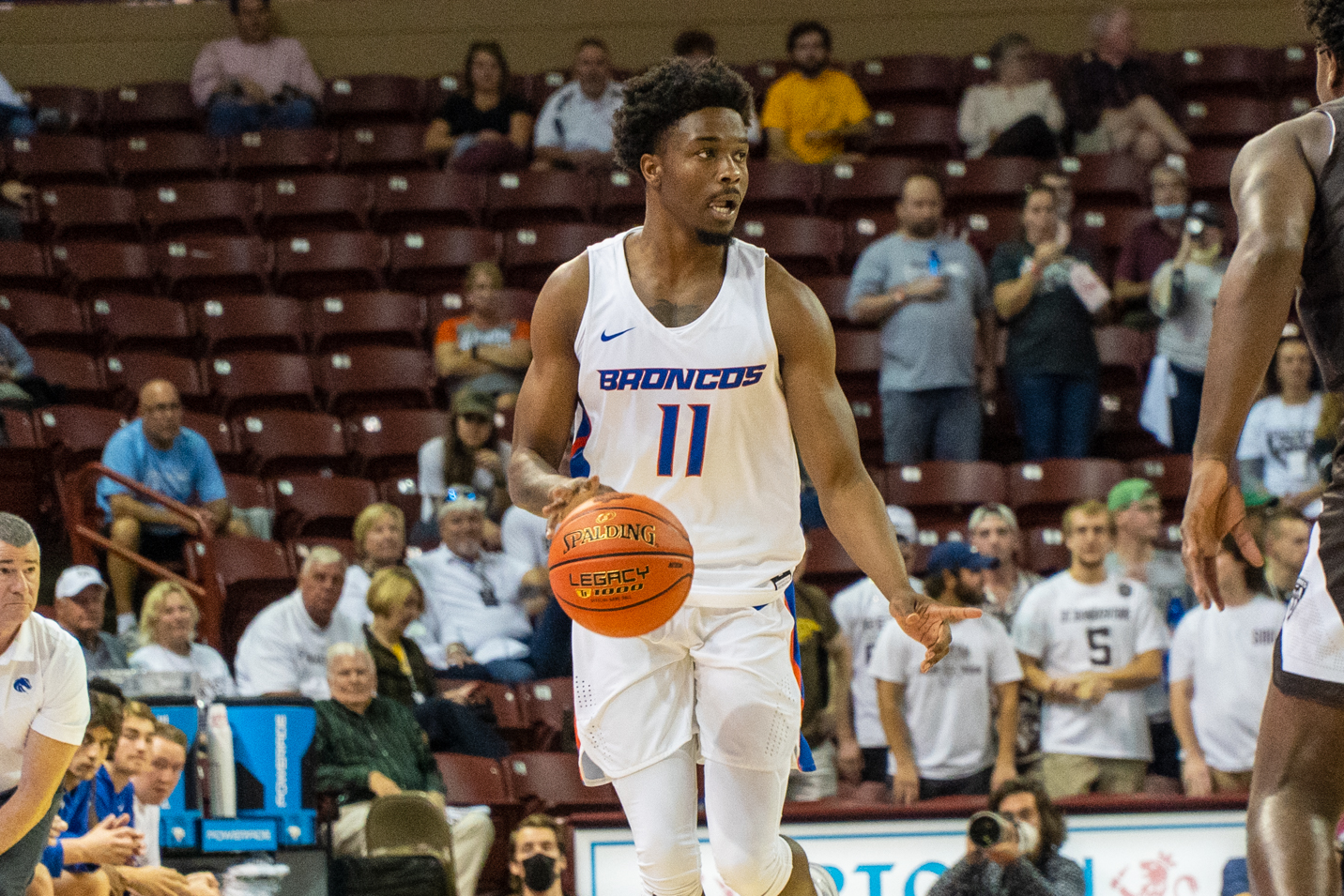 Doutrive didn’t start in Tuesday’s game against Saint Louis for the first time all season and played just 13 minutes off the bench. He seemed disinterested while sitting on the bench in the second half and finished with just one point.

Coach Leon Rice was asked about Doutrive coming off the bench earlier Thursday and said only, “Yeah, we’ll deal with that later.”

An official announcement from Boise State is expected prior to Friday’s 7 p.m. tip off against Tulsa at ExtraMile Arena.

Freshman Tyson Degenhart started in place of Doutrive and was impressive, scoring 11 points and grabbing six rebounds in 37 minutes.

“With this team for us to win a championship it’s going to be if we get everybody pulling the rope in the same direction and everybody converting to a 100 percent team (mindset),” Rice said. “And this day and age that’s a challenge always.”

It was expected to be a big year for Doutrive, who was an honorable mention All-Mountain West media pick last season after averaging 8.9 points in 18 games once becoming eligible in January after transferring from Arizona.

The former top-100 recruit was one of the highest-ranked players ever to play for the Broncos.

With Doutrive no longer on the roster the Broncos likely will continue to start Degenhart. Whether they need to burn the redshirt of either RJ Keene or Kobe Young for depth at the guard spot remains to be seen.

My WILD GUESSES at the 2023 Boise …by BSUaddict43 mins ago