Stats are down, but Boise State’s JL Skinner ‘having a great season’ 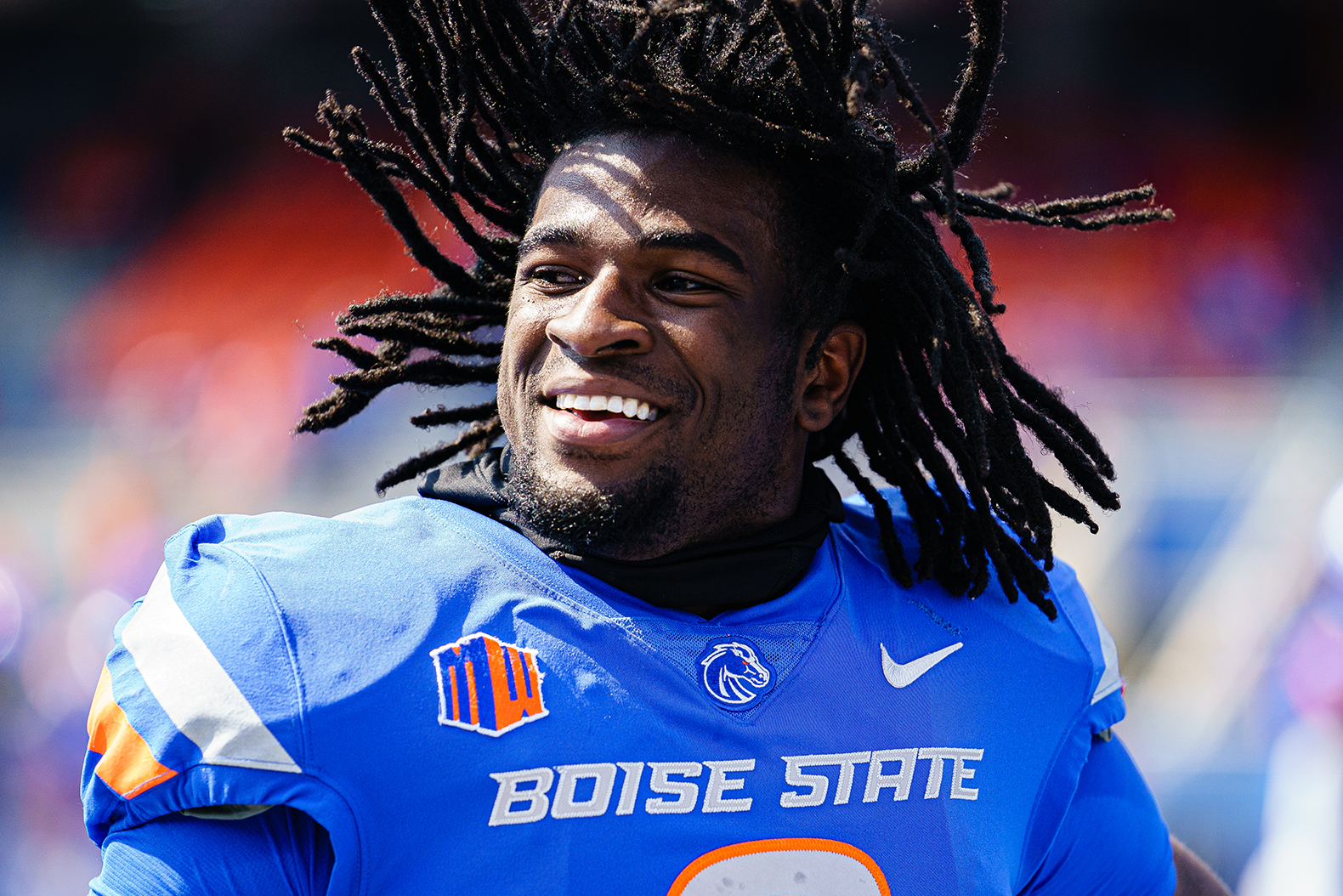 Boise State safety JL Skinner is second on the team with 44 tackles heading into Saturday's game against BYU. (Photo by Boise State Athletics)
By B.J. RainsNovember 2, 2022

BOISE – A year ago Boise State kicker Jonah Dalmas led the nation in made field goals. Then all offseason coaches and players said they didn’t want to see as much of him in 2022 because that would mean the Broncos were again settling for field goals instead of touchdowns.

The same could be said, in a way, for safety JL Skinner. He led the Broncos in tackles last year with 92 and a had a monster statistical season. But the numbers came in part because the rest of the defense wasn’t as good and those in front of him weren’t making plays.

Boise State’s defense is much better this year – and Skinner’s stats are down as a result.

Skinner has 44 tackles (second on the team) but only 0.5 tackles-for-loss and two pass break-ups. He has one interception, but no forced fumbles or fumble recoveries.

And believe it or not, that’s a good thing.

“We have a very good defense,” Skinner said. “Last year, I wasn’t supposed to be making those plays. If you look at our defense across the board, we’re very highly ranked in a lot of things so because of that, we’re doing good.

“I’m having a great season, that’s how I feel about things. My stats and all that don’t really matter to me because at the end of the day I wasn’t supposed to have all those stats (last year) anyway. We’ve been doing good and playing good as a defense and that makes me feel like I’ve been playing good.”

A year ago Skinner led Boise State’s defense with 92 tackles while also adding seven tackles-for-loss, two interceptions, five pass break-ups, two forced fumbles and three fumble recoveries. He was all over the field making plays and dishing out huge hits – two of which got him ejected for targeting.

He hasn’t made nearly as many ‘splashy’ plays this year, but he hasn’t needed to. Boise State’s front seven has made several of the plays they didn’t last year, leaving Skinner with fewer opportunities.

Boise State’s defense ranks No. 2 nationally in total defense at 231.9 yards allowed per game and No. 12 in scoring defense at just 17.4 points given up per game.

“I think at the end of the day, is JL doing his job? That’s all he cares about,” safeties coach and co-defensive coordinator Kane Ioane said. “Maybe all the plays aren’t coming his way the way he wants them to all the time, he wants to be in on every single play, but as long he’s doing his job that’s all we can ask.

“That’s what JL is all about, that team success and him doing his job each and every play. Eventually, as I told him, just be patient, just be patient because as plays continue and games continue, keep doing your job and eventually the plays will come your way and you will make some of those splash plays when we need them.”

Skinner is still believed to be one of the best safeties in the 2023 NFL Draft class. One mock draft recently had him going late in the first round, while most others have him in the second or third round.

At 6-foot-4, 218 pounds he’s got the look and athleticism of an NFL safety – and that dream likely will be come reality next April.

NFL talent evaluators will look beyond the stats, so a ‘down’ year from Skinner likely won’t hurt his draft stock.

But talk to him and those within the program and he’s having as good a year as he’s ever had – and he’s helping the Broncos to a historic year defensively in the process.

“That’s always being part of a really good defense – sometimes the play isn’t always going to be available to you,” Ioane said. “Because guys are doing their jobs and you’re doing your job and not all the plays come your way.

“JL is all about it, about doing his job and doing his one-eleventh for the defense. And in the end our defense is doing what we need to do to get the win at the end of the day.”

Sure Skinner would love big stats. But he also loves winning – and would prefer that any day of the week.

“I feel the same, either way,” Skinner said of his stats being a bit down from last year. “I’m just taking it game by game and playing off our defense.”

One positive? Not as much time needed in the trainers room.

“Not having as many physical plays,” Skinner said. “Of course your body will feel better.”

Skinner and the Broncos will face BYU on Saturday at 5 p.m. on FS2 in arguably the toughest test for the defense this season.

Boise State’s defense not satisfied despite historic start: ‘We haven’t played our best football yet’
October 25, 2022

Can Boise State’s new-look, run-heavy offense be sustainable moving forward? ‘If something is working, let’s not overthink it’
October 6, 2022

What does Ohio State's loss today …by ColterRey6 hours ago

Looking ahead to 2023 (too soon?)by BSUaddict9 hours ago
Fan Poll
What bowl game would be best for the Broncos?