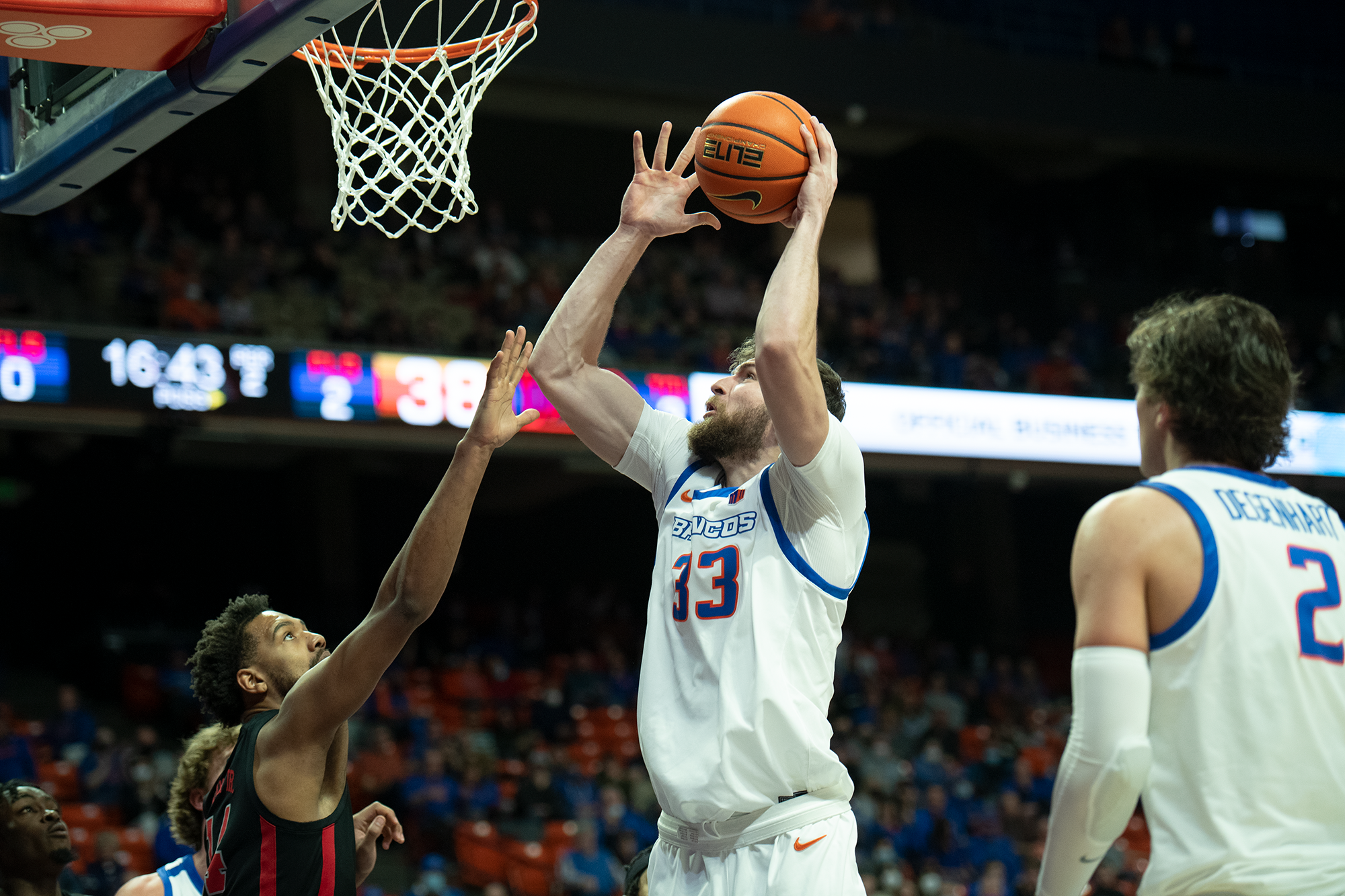 Boise State center Mladen Armus has elected not to use a final year of eligibility and won’t return to the Broncos next season, sources told Bronco Nation News on Monday.

Armus, who started all 35 games for the Broncos as a senior, averaged 7.1 points per game and a team-high 8.0 rebounds. He was the leading offensive rebounder in the Mountain West at 3.17 per game.

The 6-foot-10 center had an extra year of eligibility remaining due to the COVID-19 pandemic’s impact on the 2019-2020 season. Instead he likely will pursue a professional career overseas.

Armus posted a photo from the Boise Airport to his Instagram on Tuesday with a message that said, “Boise, thank you! It has been real. Until the next time.” A source confirmed the message indeed meant Armus had decided not to return to to the Broncos next season.

Boise State coach Leon Rice declined to comment on Armus’ future when asked during a media session on Friday, saying it would be addressed a later date.

A native of Serbia, Armus transferred to Boise State prior to the 2019-2020 season following two seasons at East Tennessee State. After sitting out that season due to NCAA transfer rules, he played two seasons for the Broncos.

Armus turned 25 in March and just completed his fifth year of college.

The loss of Armus is a big one for the Broncos. He was one of the top defensive centers in the league, and was a dominant rebounder. Twice Armus had 10 offensive rebounds in a single game, and he had 11 games with at least 10 rebounds.

He was a big reason for Boise State’s success on the defense end as well. In the Mountain West title game he held San Diego State center Nathan Mensah to just four points.

Armus had some huge games for the Broncos, including a 22-point, 19-rebound effort on the road against Utah State. He also had 16 points and 13 rebounds against Wyoming in the semifinals of the Mountain West Tournament.

The departure of Armus means the Broncos will likely lose at least three starters from last year’s Mountain West regular season and postseason tournament championship team. Abu Kigab is out of eligibility, while point guard Emmanuel Akot entered the transfer portal and is unlikely to return.

Tyson Degenhart, the Mountain West Freshman of the Year, is the only starter for sure returning. Guard Marcus Shaver Jr. has a COVID year remaining but decided to test the NBA Draft waters. He is maintaining his eligibility and could still return.

Boise State recently picked up a commitment from Texas Tech transfer Chibuzo Agbo, a 6-foot-7 guard who likely will step into the starting lineup in place of Kigab.

Boise State now has an extra scholarship to use and likely will look to replace Armus with a starting center in the transfer portal. Center Lukas Milner showed promise for the Broncos last season in a backup role to Armus, but it would seem unlikely he’d be the starter next season.

Which of the newest additions are …by Bronco74549 hours ago