Jeron Johnson leaves Boise State staff after one year: ‘I’m stepping away to be a dad’ 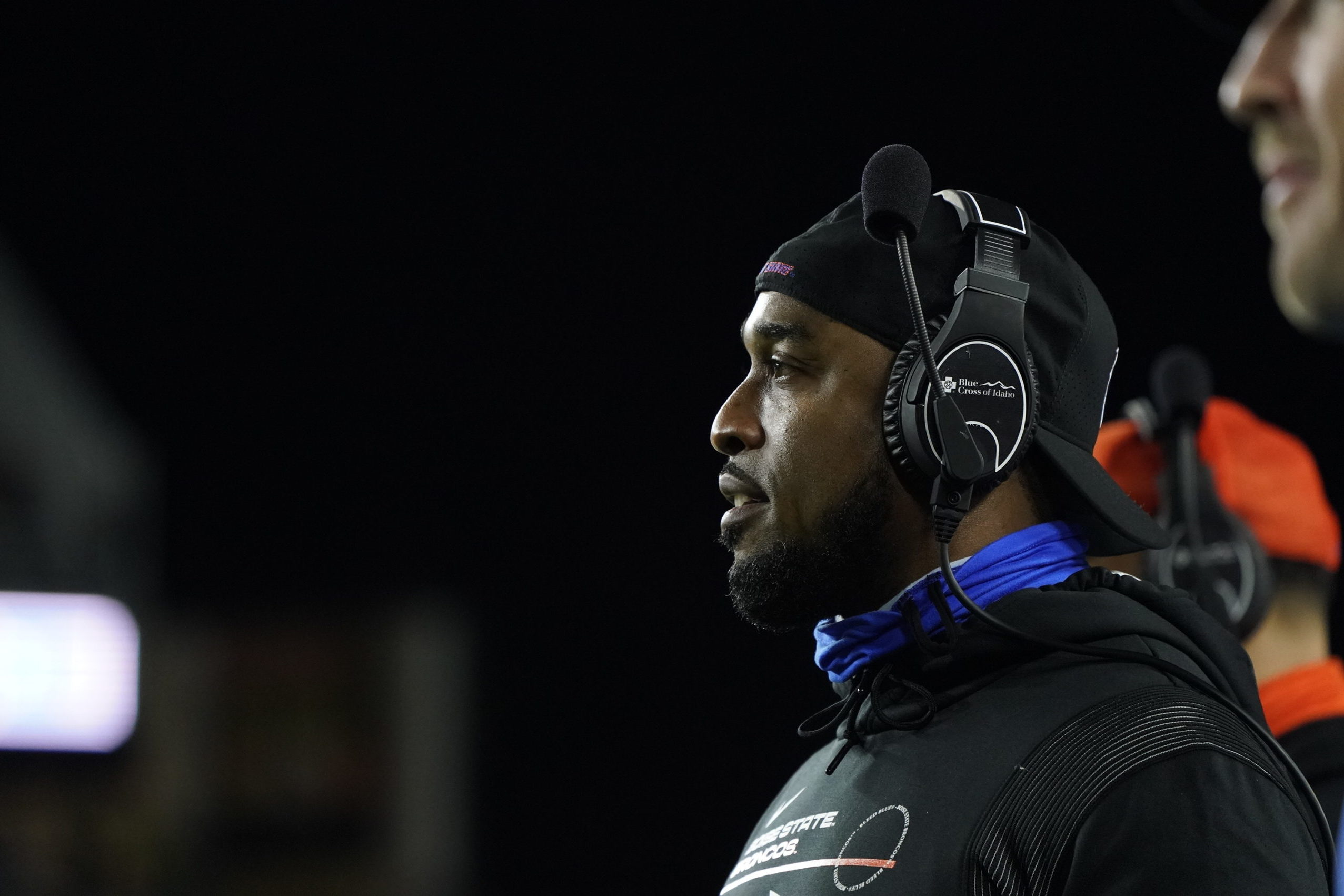 Bronco Nation News was first to report the news on Thursday and Boise State confirmed it with a release later in the day.

“This was a tough decision,” Johnson said in the release. “I will always have love for Boise State football and Bronco Nation, but at this time in my life, my professional goals weren’t matching up with my personal goals. I’m stepping away to be a dad.

“I will always be appreciative to Coach Avalos for giving me this opportunity, and I wish this wasn’t such a brief stint, but at the end of the day I had to make a tough decision that was best for my family.”

Johnson had never coached at the Division I level before joining Boise State as cornerbacks coach as part of Andy Avalos’ first coaching staff in last January. He was well liked by players and by all accounts did a solid job with the Broncos in his first year.

Sources told Bronco Nation News the time commitment required to be a Division I coach impacted his time to see family, which is spread out between Seattle and Southern California.

Johnson was a four-year starter at safety at Boise State from 2007-2010 and made 44 starts. He led the team in tackles three times from 2008-2010. He was a first team All-WAC selection in 2010 as a senior. Johnson later played 64 games in the NFL for the Seahawks and Redskins and was a Super Bowl Champion in Seattle.

“Jeron played with a mentality that he was able to help instill in our defense this past year, and the young men in this program looked up to him as someone that had been in their shoes before moving on to achieve a goal that they all are striving for,” Avalos said in a release. “I am appreciative of what he has given to this program as both a coach and a player, and I wish him the best of luck moving forward. Family is the most important thing we have in life, and he will always be part of ours.”