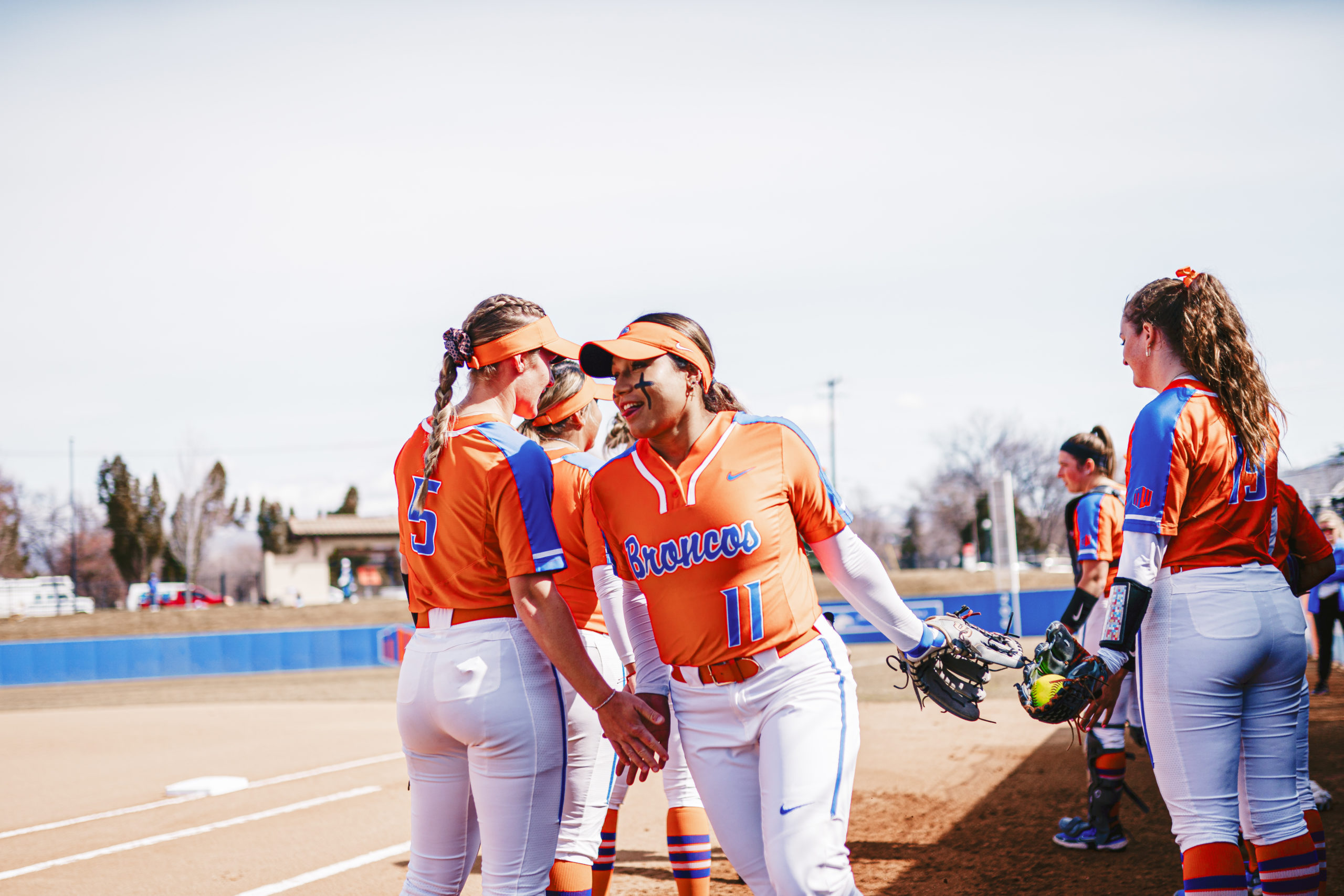 A simple conversation between individuals can ingrain a connection – and sometimes that same conversation can create an opportunity that would have never been expected prior.

That’s what happened with Eliyah and Alycia Flores, two sisters on Boise State’s softball team who transferred from the University of Oklahoma to Boise State before the 2021-22 season.

Growing up in Colton, Calif. the Flores sisters were exposed to all types of softball recruiting during their high school years. Their recruitment wasn’t the same given that Eliyah is a redshirt senior and Alycia is a redshirt sophomore, but there was one coach who built a connection with the sisters’ parents – without even extending an offer to play softball.

Before becoming the fourth head coach in Boise State’s softball history, Justin Shults took multiple stops to climb the coaching hierarchy. Shults was at Fresno State as an assistant just before leaving for Oregon to become the hitting coach. While an assistant for the Bulldogs, Shults spent time at Alycia Flores’ practice and built a connection with her father over hitting.

“He talked to my dad a little because they had a connection with hitting,” Alycia Flores said. “He knew me when I was in tournaments and all, but I think when things came closer to Boise State he actually wanted to recruit me.”

The news is already out that the Flores sisters made their way to the Treasure Valley through a connection made years ago, but the steps taken to get to this point had some unexpected turbulence.

Eliyah had become a team veteran at Oklahoma and Alycia was just getting started as a freshman when the COVID-19 pandemic struck and the season was shut down. In 2021, the sisters were listed on the Sooners roster as redshirts except they were not on campus.

Oklahoma won the Women’s College World Series while the two were sitting out.

“I just needed to take some time off, it was just taking a break and I didn’t know if I would be back,” Eliyah said. “Some people just want to discover new things and know a new place, and that’s what we said to each other.”

Soon after the season and ready for their next step, both sisters would enter the transfer portal. Both sisters had immediate eligibility to play wherever a school would recruit them.

Given their numbers and experience at Oklahoma – Eliyah having three seasons under her belt and Alycia putting out a slash line of .304/.435/.407 as a freshman in the Big 12 – the sisters were in contact with a fair-minded number of schools.

San Diego, Mississippi, New Mexico and Minnesota were some of the schools that had interest alongside Boise State.

“When they decided to enter the transfer portal, we already had that relationship from being around their teams all the time playing in SoCal,” Shults said. “I think the familiarity there was what drew them to Boise State and allowed them to have a second chance to show everybody what they can do.”

Everything had come full circle with the Flores family and Shults. The common factor? Neither party knew there was any chance they’d be at Boise State at this point.

Alycia Flores sends a single to right field with one out.

“To be honest both of us had never thought about Boise State when we were in the transfer portal,” Eliyah Flores chuckled. “We were waiting to see who was going to offer us and what they had.”

Ironically enough, neither Eliyah nor Alycia expected to play with their sibling after they transferred from Oklahoma given that the pandemic had filled up roster spots with an extra year of eligibility granted. Shults threw out the opportunity for the sisters, and they pounced on it quickly.

“It hasn’t always been part of the plan,” Eliyah said. “Once Shults told us he was interested both of us said how cool it would be to do it again, it’s such a great time and we love it. I love playing by her side.”

Since Shults and the sisters have made their way on campus, the Boise State softball team has executed its best start in program history.

“It’s been a huge blessing and a great opportunity to get to play with my sibling,” Eliyah Flores said. “Not many people get this opportunity, so we’ve just been super blessed to be able to do it.”

Alycia is tied for the team lead in hits and holds a batting average of .363 while her older sister Eliyah is hitting .289 with 17 runs batted in. Eliyah also leads the team in being hit by pitches at 10, double the amount of anyone else on the team.

Both sisters have played in 36 out of 38 games to this point.

Eliyah Flores ties the game up with her second home run of the season! Score is 3-3 B2 pic.twitter.com/6coNLQ2HmE

“They really fit in with our staff and what the vision of the team was,” Shults said. “I’m really happy they chose Boise State and they’ve been a huge part of our success this season.”

Now that the two have left Norman, the sisters have hopes of giving Boise State an opportunity to play in this year’s NCAA Tournament.

Eliyah has one more year of eligibility to return as a Bronco to utilize her fifth-year option if she wishes whereas Alycia is currently just a redshirt sophomore with numerous years of eligibility available.

A chance meeting a few years ago has paid off for both sides. And it figures to continue into the future.

“Honestly when we came here we absolutely loved it,” Eliyah Flores said. “It just reminded us of home.”