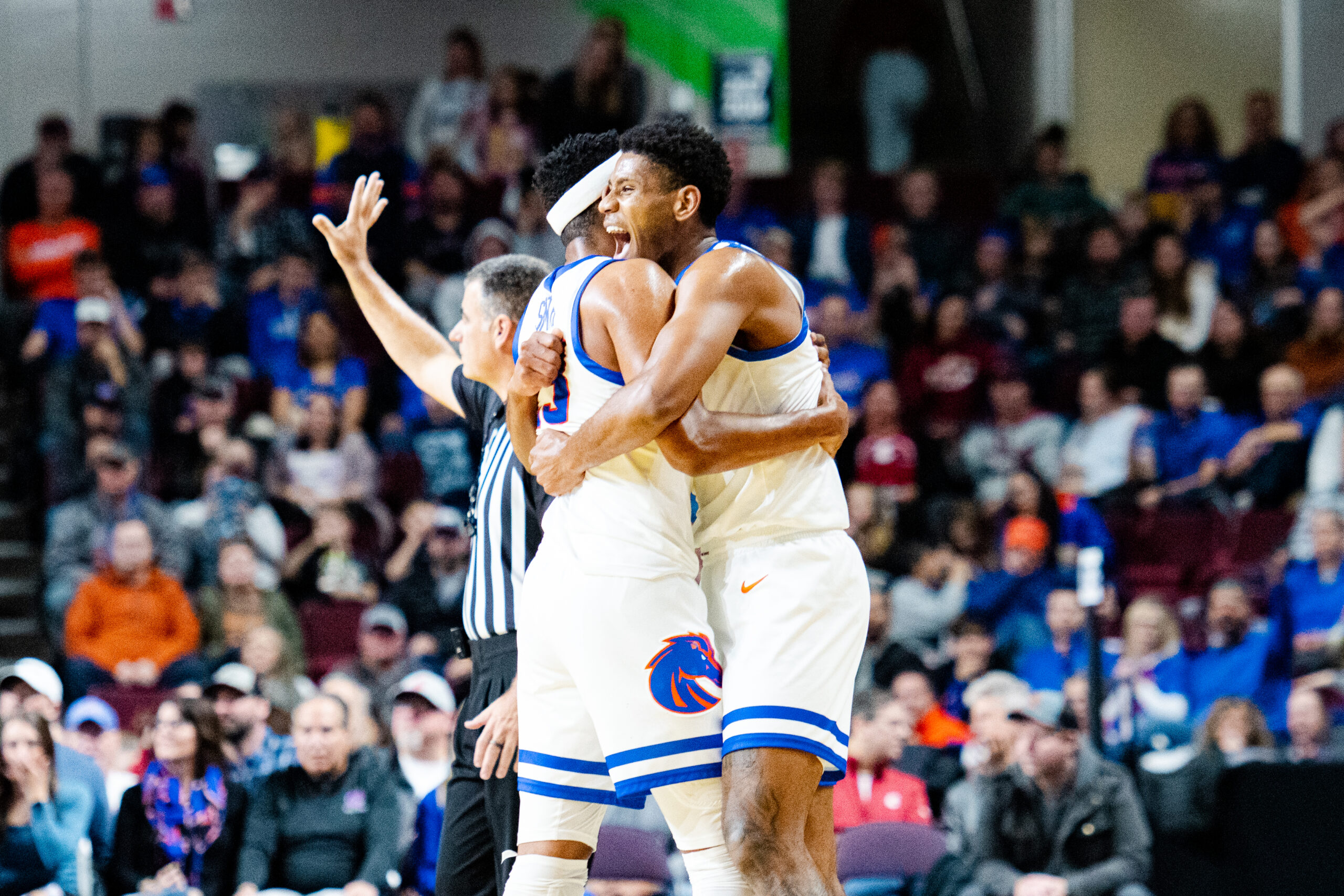 LAS VEGAS – Boise State coach Leon Rice had no interest in discussing a brutal upcoming stretch for his group earlier this week. Wednesday’s game at UNLV was enough to worry about.

The Broncos play five Quad 1 games in the next seven and have three of the next four on the road, starting with a 9 p.m. MT game against the Rebels at The Thomas and Mack Center on CBS Sports Network.

Rice cut off a reporter trying to ask about the difficult set of games on tap, saying the only one he was focused on was the one up next – UNLV.

“I don’t look at the next (stretch),” Rice said. “We don’t. So I’ll stop you right there. I don’t know what you are talking about. You’re speaking Russian because I have no idea what’s next. I know what’s next – UNLV. That’s it.

“That’s the answer no matter what the question was beyond UNLV. I don’t even know. I know every league game is going to be hard and if there’s something else you’d like to ask beyond UNLV, I see nothing beyond there. That’s our next Mountain. We’ve been good at focusing at that.”

Sure Rice and the Broncos know another road game at Wyoming is up next on Saturday, whether the 13th-year coach wants to admit it or not. After that is a home game against a Nevada team that already beat them, and a road game at New Mexico.

It’s a stretch that could define the Broncos’ season, and one that likely will factor into whether they can repeat as Mountain West champions or not.

UNLV is currently ranked No. 52 in the NET rankings, which makes Wednesday a coveted Quad 1 game. At Wyoming (Quad 2), home to Nevada (Quad 1) and at New Mexico (Quad 1) provide resume building opportunities as well.

The wins would be great – but losses would be almost more impactful for both the league race and the Broncos’ chances at getting back to the NCAA Tournament for the second straight year for the first time in program history.

It’s a defining two weeks – which figures to have a big impact one way or the other on the outcome of the season.

UNLV (11-3)  started 10-0 and is coming off an impressive road at New Mexico on Saturday night. The Rebels are led by EJ Harkless, who is averaging 16.6 points per game, Luis Rodriguez (13.0 ppg) and Keshon Gilbert (12.6 ppg) also average in double figures.

Boise State went 4-0 at the Thomas and Mack Center last season. The Broncos would love to continue the winning ways there – even if Rice again had no interest in discussing it.

The Broncos would love to go 3-1 in the next four games, but they might take 2-2 given the road environments awaiting them. A win Wednesday in Las Vegas would be a great start.

“That’s another thing for you guys to talk about,” Rice said. “Every game, you look around the league and it’s crazy. It’s a heck of a basketball league. No doubt about it. I’ve said it all along but I think now it’s become the deepest it’s ever been. There’s not one night where somebody can play a ‘C’ game and win if the other team is playing good.”

Bronco Nation News will have complete coverage from Las Vegas, starting with the Lithia Ford of Boise Pregame Show around 8pm MT on YouTube, Facebook and Twitter.