Recruiting roundup: Broncos land five commitments in the past week 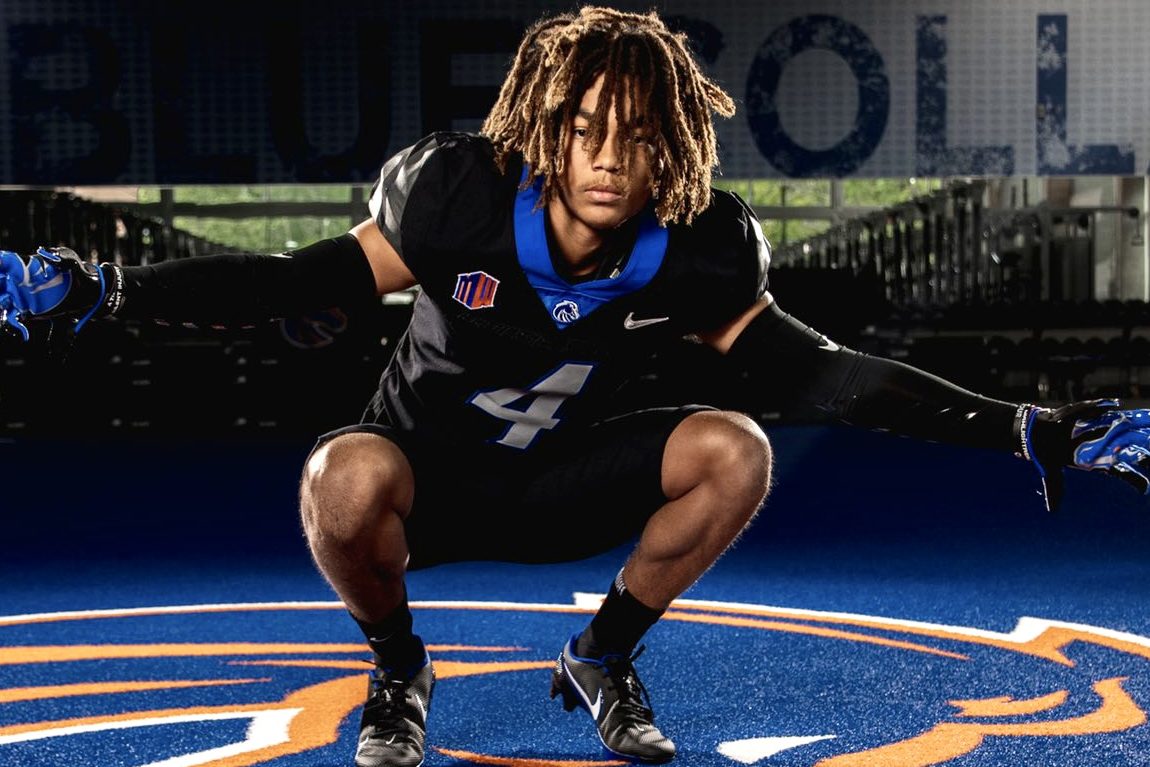 The Boise State football team has been busy on the recruiting trail of late, landing five verbal commitments for the 2023 class in the past two weeks. The Broncos now have eight known commits in the 2023 recruiting class. Here’s a look at the five who recently committed:

Jambres (Breezy) Dubar, a 6-foot 190-pound running back out of Anna, Texas, started the flurry of commitments on June 21.

The speedy three-star running back was Boise State’s first commitment in three months, but he kicked off what’s been an impressive recent streak.

Dubar holds a similar stature to current freshman back Ashton Jeanty, who also embarked from from The Lone Star State. According to MaxPreps, Dubar rushed for 119 yards per game last season and combined for 16 total touchdowns.

Quarterback commit C.J. Tiller looked to have helped recruit Dubar on his unofficial visit, posing in videos on social media platform Tik Tok that Dubar posted to his account.

After visiting Boise State the weekend of June 17, it didn’t take long for the 5-foot-11 175-pound receiver to make his verbal commitment to the Broncos.

Grier plays for St. Thomas Aquinas High School, a well-respected football program located in Fort Lauderdale, Florida. 247Sports notes that Grier has several connections in the football spectrum with the most monumental connection being his father Chris Grier, the general manager of the Miami Dolphins. Grier’s brother, Landon, walked on as a defensive back at South Carolina.

Johnson Jr. committed to Boise State on June 23 over offers from Utah State and Colorado State, while also taking an unofficial visit to Florida State. (247 Sports)

While Johnson Jr. is assumed to play cornerback for the Broncos due to his lightning speed and his commitment photos being in a corners stance, the athlete from Texas was shown throughout numerous highlights on Hudl taking direct snaps from the wildcat formation displaying his versatility.

Johnson Jr. has also spent time as a WR.

Boise State landed yet another mammoth-sized offensive lineman from the state of Washington. Kyle Cox, listed as a three-star recruit by 247 sports, stands tall at 6-foot-6 and weighs 270 pounds.

After landing a transfer that will receive immediate playing time in Cade Beresford, Andy Avalos and company seem to have landed an eventual replacement in Cox for their 2023 recruiting class.

Cox was offered by two academy schools in Air Force and Army while also landing an offer from San Diego State before committing to the Broncos.

The most recent commitment to the Broncos comes close to home in the Treasure Valley.

According to 247 sports, the 6-foot-5, 296 pound lineman out of Meridian is the second-ranked offensive tackle in Idaho and 128th nationally.

Boise State now has eight commitments to the 2023 class, with the latest five coming within the past 10 days.

Mountain West brings back the MWC …by Bronco745417 mins ago

2022 Boise State players who MIGH …by Bronco74543 hours ago
Fan Poll
What bowl game would be best for the Broncos?
Latest Video