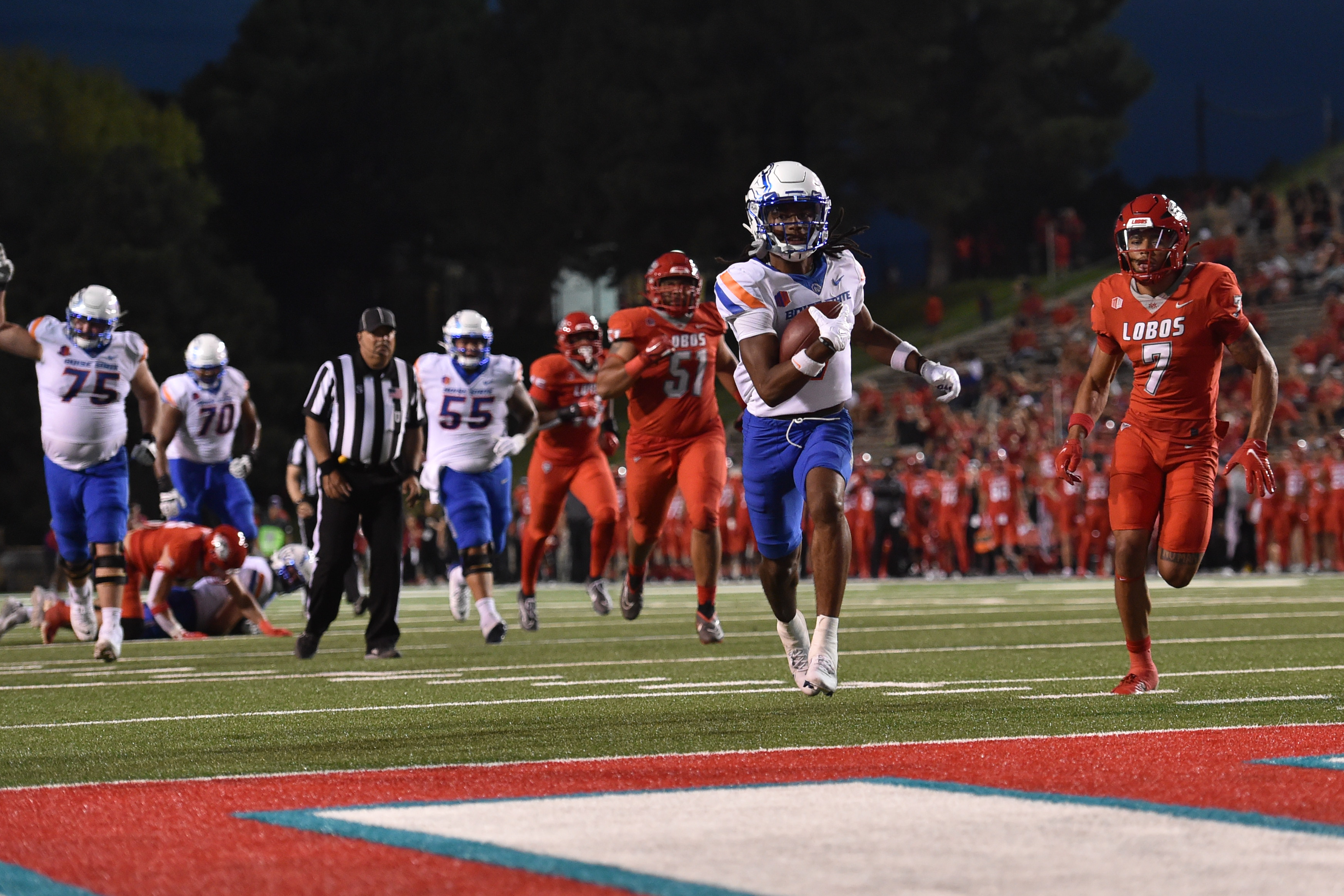 The Broncos went 3-and-out on each of the first two drives against New Mexico and had just one yard on six plays before eventually putting a touchdown drive together late in the first quarter.

Boise State is hoping for a quicker start Saturday in the home opener against UT Martin at 2 p.m. at Albertsons Stadium.

“We’ve got to get off to a faster start in all areas of the offense, just in efficiency and how we run things,” offensive coordinator Tim Plough said Monday.

Plough noted that on both drives the Broncos were doomed by poor plays on first down. The Broncos lost four yards on their first play of the game when George Holani was tackled in the backfield on a pass attempt from Hank Bachmeier. On the first play of the second drive the snap came early due to a miscommunication and Holani lost six yards on a carry.

It was the second straight game the Broncos got off to a rough start offensively. Against Oregon State in the season opener the Broncos had a 3-and-out on the opening drive and either a 3-and-out or turnover on each of the first six drives.

“We have to do a better job starting the game faster and trying to get up on teams,” Plough said. “If we can get a lead on teams and turn our defense loose and not play so tight, that will help us out obviously early in games.”

One positive? Unlike the Oregon State game, the Broncos rebounded with a long touchdown drive on the third possession of the game and had two scoring drives on three possessions following the first two 3-and-outs.

The Broncos also added two touchdown drives in the second half.

“We got stronger as the game went on,” Avalos said of the offense.

A better start is the hope for Saturday.

Avalos said safety JL Skinner’s absence in the New Mexico last week was not due to disciplinary reasons. No reason was originally provided by Boise State as to why Skinner didn’t play, leaving many on social media to speculate about a suspension.

“We don’t talk about injuries,” Avalos said Monday when asked about Skinner. “But it was not disciplinary reasons. He didn’t do anything bad.”

Skinner had a team-high 12 tackles and an interception in the season opener against Oregon State and didn’t appear to suffer an injury during the game. But 45 minutes prior to kickoff at New Mexico, Boise State announced him as one of three players out for the game.

Talk of Skinner potentially being in trouble on social media during the game and over the weekend led his mother Thomasina Alexander to post a message that said, “Fyi – If my son was in any trouble … I would be in Boise. Momma don’t play that. Adult or not.”

Avalos didn’t comment Monday on Skinner’s potential return Saturday against UT Martin but he said after the New Mexico game that he expected him back.

Skinner is Boise State’s top NFL prospect on the team and has a chance to go as high as the first or second round with a strong season.

Corner Caleb Biggers was not removed from last week’s game at New Mexico as punishment for taunting a Lobos player as it appeared was the case, according to Avalos. Biggers didn’t return to the game after being flagged for standing over the ball carrier and taunting him.

Biggers initially came out after being flagged but started dealing with cramps or another minor injury and was held out the rest of the game.

“He actually had something comer up,” Avalos said. “He was going to play but something came up from all the running he was doing.”

Biggers, Boise State’s top corner, is tied for the team lead with one interception through two games.

“There’s nothing there,” Avalos said. “We want to keep Caleb in the game as much as we can. He’s our best corner. I don’t know why we’d take him out.”

Avalos said energy was high in practice Monday with the first home game on tap for Saturday. Boise State was one of 10 teams in the country to play consecutive road games to start the season. … Tickets still remain for Saturday’s home opener for as little as $25 using a promo emailed to previous ticket purchasers. … Saturday’s weather forecast calls for sunny skies and a high of 74 degrees. … Boise State has played UT Martin once before. The Broncos beat them 63-14 in the home opener in 2013. … Alex Faust and Petros Papadakis will be on the call for FOX Sports 1.