No. 7 on the BNN most important players list for Boise State football in 2022: Linebacker Ezekiel Noa 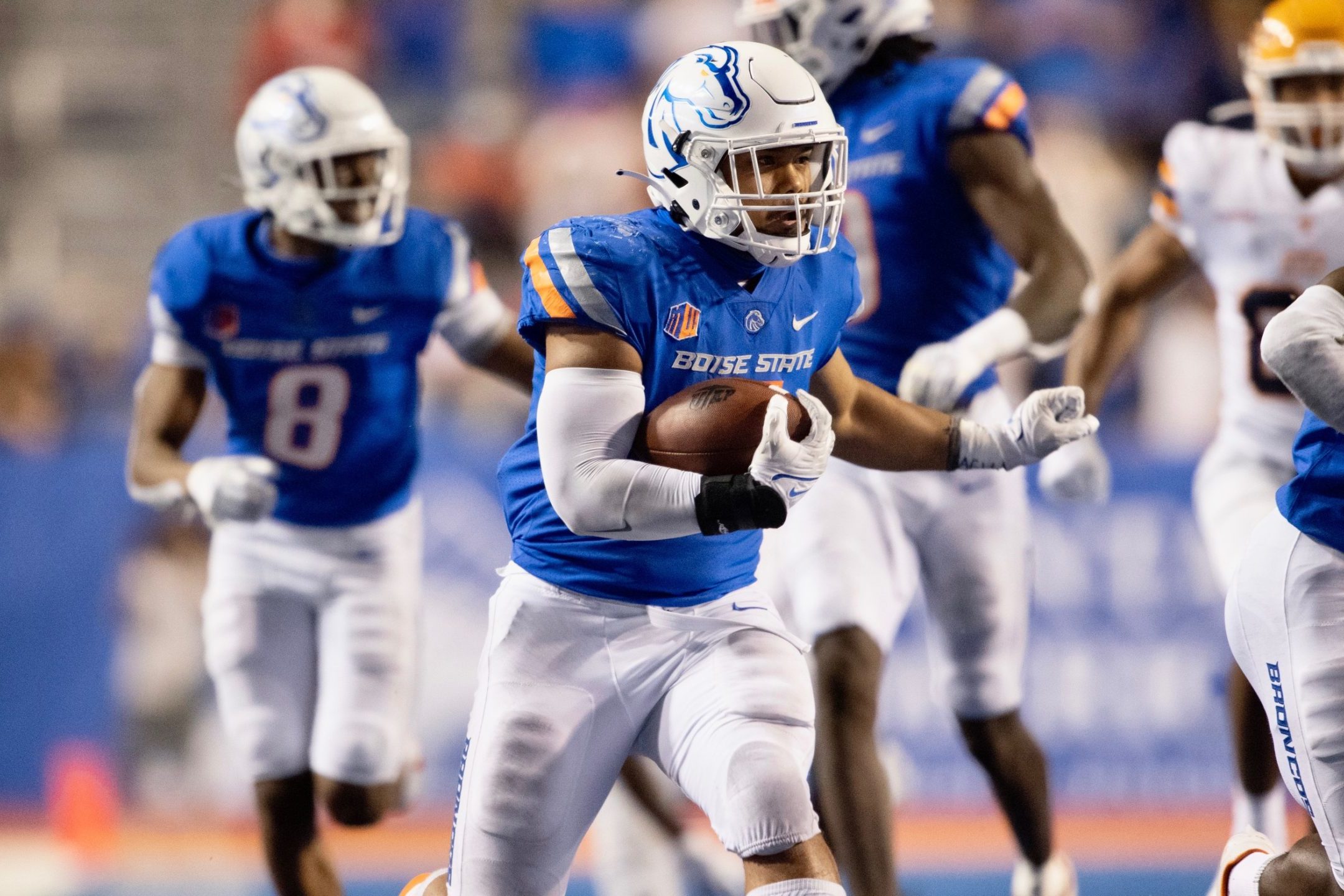 Boise State linebacker returns a fumble against UTEP during a game at Albertsons Stadium in 2021. (Photo by Boise State Athletics)
By B.J. RainsJune 8, 2022

Bronco Nation News is counting down the 25 most important players to the Boise State football team in 2022. Next up in our series is No. 7, linebacker Ezekiel Noa:

No player on Boise State’s defense enters 2022 with more career starts than linebacker Ezekiel Noa. And the Broncos hope to benefit from that experience.

Noa, who has started 26 games (tied with Tyreque Jones for most on the defense), enters his sixth season with the Broncos after electing to use the extra year of eligibility given due to the COVID-19 pandemic and return in 2022.

The 5-foot-11, 240-pound linebacker joined the Broncos way back in 2017 – when Leighton Vander Esch was still playing. He’s got a ton of experience and has been a productive player – but the Broncos need the best year of his career to be in 2022.

Noa had a solid 2021 season, starting all 12 games and finishing third on the team with 66 tackles. He also had 6.5 tackles-for-loss, three sacks and two fumble recoveries, which tied for second-most on the team. It was stat-wise the best year of his career.

But the middle linebacker seemed a step slow at times and missed some key tackles. It was a good season – but not a great one. And with Riley Whimpey no longer next to him at weakside linebacker, Noa will need to step up his game – both in production and leadership.

“Absolutely, and he knows that,” defensive coordinator Spencer Danielson told Bronco Nation News earlier this spring. “He needs to. He’s played a lot of football for us and done a lot of good things, but he needs to take him game to the next level, just like everybody on our defense.”

The San Diego native has 167 career tackles, including 18.0 tackles-for-loss and 4.5 sacks, and has two forced fumbles and two fumble returns. He’s had at least 28 tackles in each of the past four seasons.

Noa has battled multiple injuries during his time in Boise – he once played two quarters against Air Force on a torn ACL before a broken wrist finally forced him out of the game – but when he’s been on the field he’s mostly been productive. The Broncos are counting on a healthy, productive final year from him in 2022.

“There’s things that he needs to grow in and he’s excited to do that,” Danielson said. “And there’s a lot of things I’m going to do a better job with him of making sure he does and not just with football. It’s how he leads his group.

“He’s a guy that our team looks at. When Zeke talks, people are going to look and see what he is saying and how he preps and how he handles those things. I’m excited with where he is going and if continues to keep this up in regards to how he competes and how he trains and handles everything.”

A healthy and productive Zeke Noa could mean huge things for Boise State’s defense. And that’s why he checks in at No. 7 on our list of the most important players to the Broncos in 2022.

Which of the newest additions are …by Bronco74547 hours ago