No. 2 on the BNN most important players list for Boise State football in 2022: Running back George Holani 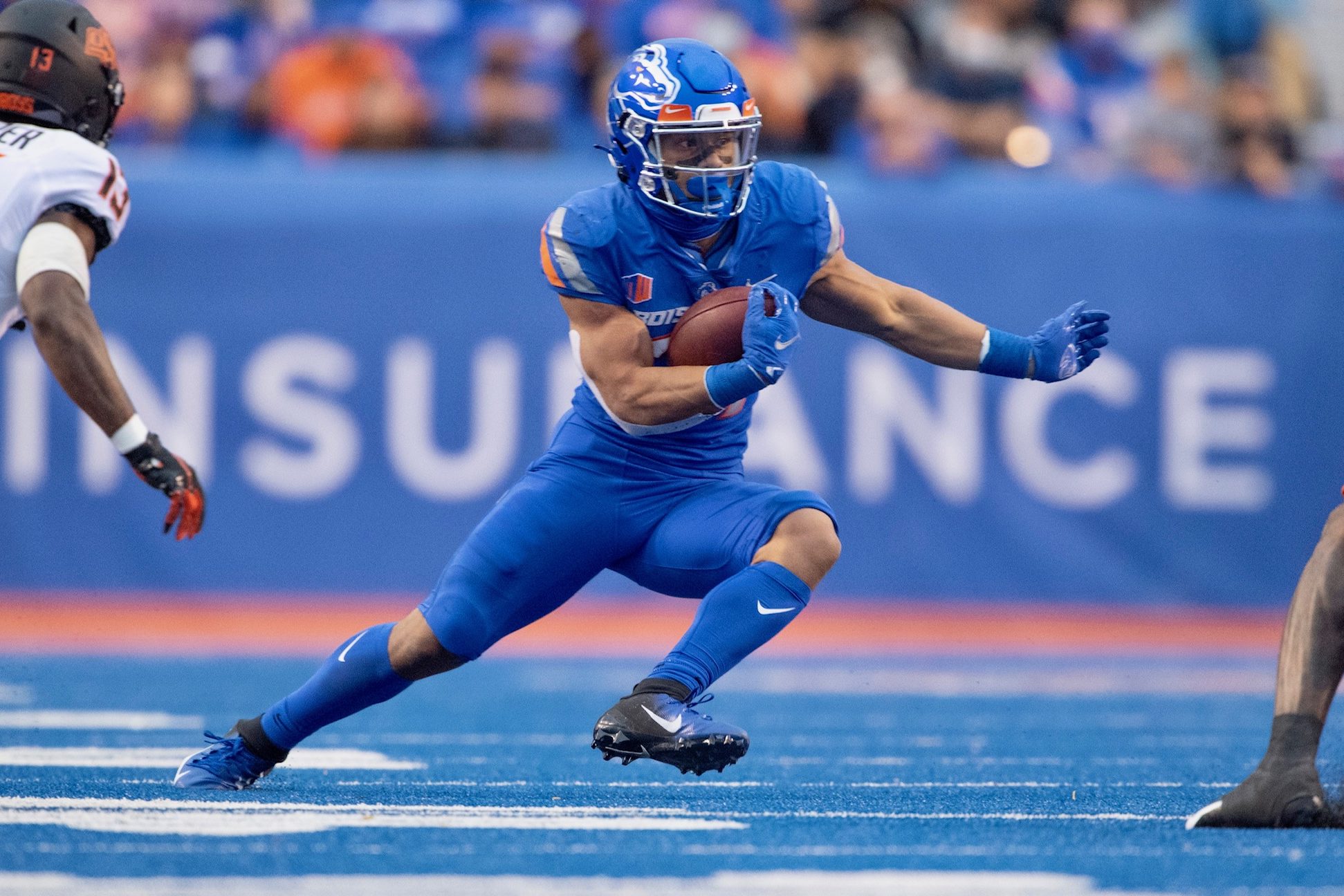 Boise State running back George Holani carries the ball against Oklahoma State during a game in 2021. (Photo by Boise State Athletics)
By B.J. RainsJune 17, 2022

Bronco Nation News is counting down the 25 most important players to the Boise State football team in 2022. Next up in our series is No. 2, running back George Holani:

There’s no denying what a healthy George Holani means to the Boise State football team. The Broncos badly could use that for a full season in 2022.

Holani has missed at least three games in each of the past two seasons due to injury but has proven to be a difference maker when healthy. He was the Mountain West Freshman of the Year in 2019 after rushing for 1,014 yards and seven touchdowns just months removed from his senior prom.

His 2020 was mostly a waste due to injury, but he showed at times in 2021 just how dynamic he can be. Holani rushed for 569 yards and a touchdown last season but finished strong – rushing for 403 yards in the final four games of the season. The Broncos need more of that this fall.

The 5-foot-11, 208-pound Holani could have considered a jump to the NFL and might have been a late-round draft pick. But he decided to come back and try to improve his draft stock with a big 2022 season, and the Broncos hope both sides can benefit from that.

Holani had 531 yards from scrimmage in the final four games. He’s hoping to carry that momentum into 2022.

The losses of running backs Andrew Van Buren and Cyrus Habibi-Likio also leave the Broncos without much proven depth behind Holani entering the season. That puts even more importance on Holani staying healthy and on the field.

Holani has 2,118 yards from scrimmage in his three years with the Broncos and has averaged 5.6 yards per attempt. Big things happen when Holani is on the field. The Broncos need him to carry the load this fall, which is why he checks in at No. 2 on our list of the 25 most important players heading into 2022.

Watch B.J. Rains and Mike Prater discuss George Holani coming in at No. 2 in our countdown in this video. The discussion starts at the 18:00 mark:

No. 2: Running back George Holani