No. 13 on the BNN most important players list for Boise State football in 2022: Cornerback Caleb Biggers 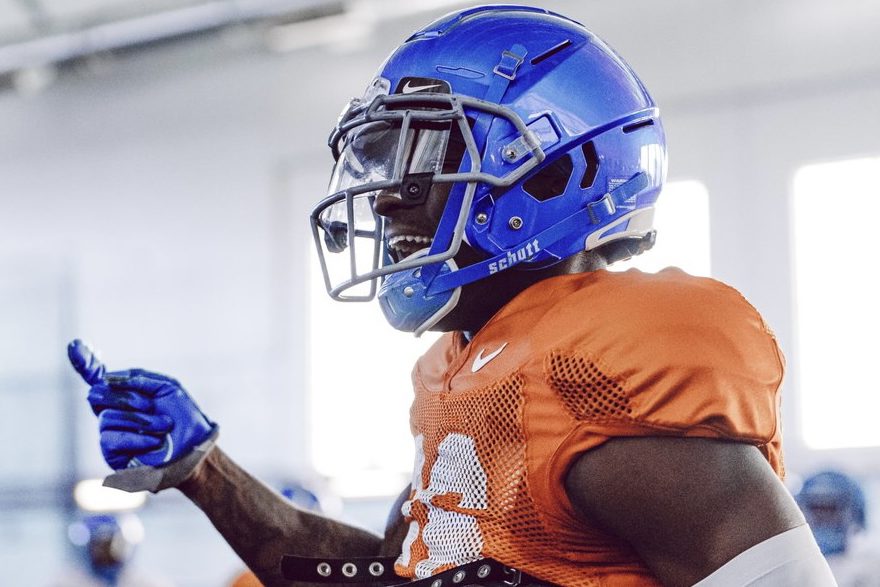 Boise State corner Caleb Biggers participates in a practice during the 2021 season. (Photo by Boise State).
By B.J. RainsMay 25, 2022

Bronco Nation News is counting down the 25 most important players to the Boise State football team in 2022. Next up in our series is No. 13, cornerback Caleb Biggers:

Caleb Biggers got his first chance to make a big impact on the big stage last season with the Boise State football team. And he took advantage of it.

Biggers, a transfer from Bowling Green University, started eight games at corner for the Broncos and finished tied for second on the team with five pass break-ups. He also had the seventh-most solo tackles on the team (25) and finished with 34 total tackles for the season.

After three seasons at Bowling Green, Biggers wanted a new opportunity and a chance to prove himself at the highest level. He got that with the Broncos, and quickly showed he was capable of doing the job.

The 5-foot-11, 200-pound Biggers made his first start in the fourth game at Utah State and went on to start eight of the final nine games of the season. His best game came on the road against No. 10 BYU., when he had nine tackles. He had seven tackles in the season finale on the road against San Diego State.

“Humble and hungry,” Biggers said this spring. “I’ve got a long ways to go. I have to improve each and every day.”

There figures to be plenty of competition for playing time at cornerback this fall with Biggers, Tyric LeBeauf, Markel Reed and Kaniho all making at least four starts last season. Jared Reed, a transfer from Utah State, also is healthy after missing last year due to injury and has starting experience in the Mountain West.

But Biggers wouldn’t have decided to come back for his bonus COVID season if he didn’t think he could earn a big role and be productive. He’s betting on himself – and ready for big things in his final college season this fall.

Biggers started 19 games at Bowling Green from 2018-20 and had 100 tackles in three seasons. He had a 100-yard fumble return against Central Michigan to equal a school record.

He joined the Broncos prior to the 2021 season and quickly showed he could be productive with the Broncos as well. Now in his final season, he’s hoping for an even bigger year – and the Broncos could use it, too.

Boise State’s cornerback room has plenty of talent – but the experience Biggers brings makes him a leading candidate to earn a starting spot. And that’s why he checks in at No. 13 on our list of the 25 most important players for the Broncos in 2022.