No. 11 on the BNN most important players list for Boise State football in 2022: Corner Markel Reed 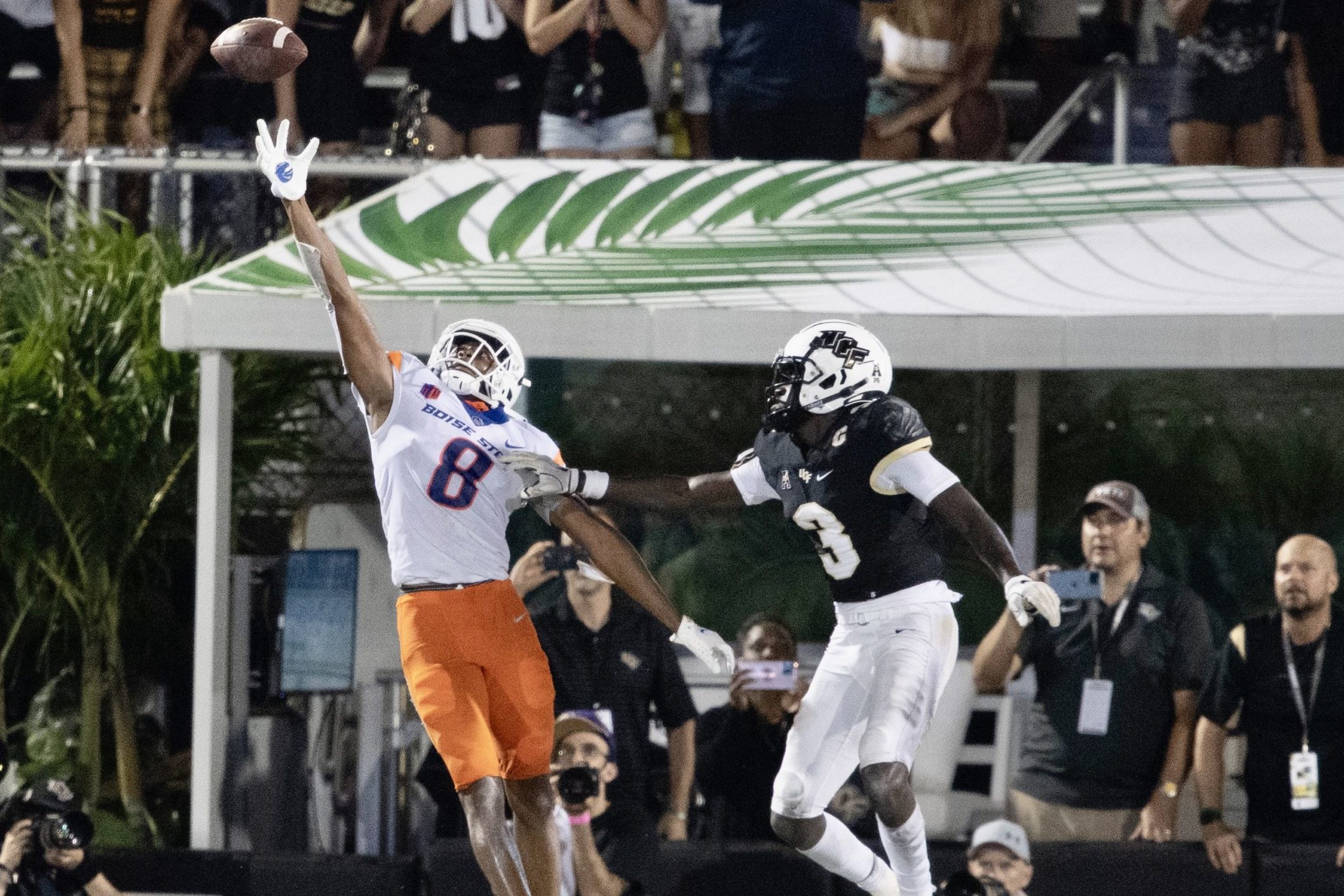 Boise State cornerback Markel Reed reaches to break up a pass during the 2021 season opener at UCF. (Photo by John Kelly/Boise State Athletics)
By B.J. RainsMay 27, 2022

Bronco Nation News is counting down the 25 most important players to the Boise State football team in 2022. Next up in our series is No. 11, cornerback Markel Reed:

After earning a starting spot for the first time in his career, the 2021 season ended in disappointment for corner Markel Reed.

The 6-foot, 190-pound Reed suffered a torn ACL in practice prior to the BYU game and was forced to miss the rest of the year. He started four of the first five games of the season and finally had his shot – until the injury bug hit him again.

Reed had already played the previous season with a torn labrum suffered as a freshman in 2019. The corner powered through as a backup and played in all seven games in 2020 before finally having surgery on the shoulder in January.

He missed spring practice but impressed during fall camp and earned a starting spot for the season opener at UCF. He went on to start four of the first five games and was sixth on the team with 21 tackles prior to going down ahead of the BYU game on Oct. 12.

With Reed out the Broncos saw several others step up at corner in 2021. Three corners – Caleb Biggers, Tyric LeBeauf and Kaonohi Kaniho – all made at least five starts last season. And all three were impressive at times and likely feel they have strong chances of earning starting spots.

Nothing will be handed to Reed when he’s cleared to get back out there. As he enters his fourth year in the program Reed has still yet to live up to the lofty expectations put him on when he debuted as a true freshman in 2019. Injuries are typically just bad luck, but Reed hasn’t been able to put a full, healthy season together yet – and time is running out.

Reed has played in 23 career games and made five starts during his three seasons with the Broncos. He should be cleared by the start of fall camp to compete at corner, but will have to beat at least two players they played a lot of snaps last season to earn one of the two starting spots.

It’s likely no doubt been a frustrating career for Reed, but he’s still got time to change it. The story is still being written. And the Broncos need him.

Reed has the size and skills to be a dominant corner for the Broncos. He’s showed it in spurts. But 2022 appears to be a big year for Reed, who needs to do something he has yet to do – show he can stay healthy and on the field while being productive for the Broncos.

Boise State appears to have several capable options at corner but Reed is a talented veteran capable of playing at an All-Mountain West level. If the Broncos want to have a dominant defense, it’s time for Reed to finally live up to that potential. And that’s why he lands at No. 11 on our list of the 25 most important players to the Broncos in 2022.