No. 10 on the BNN most important players list for Boise State football in 2022: Linebacker Brandon Hawkins 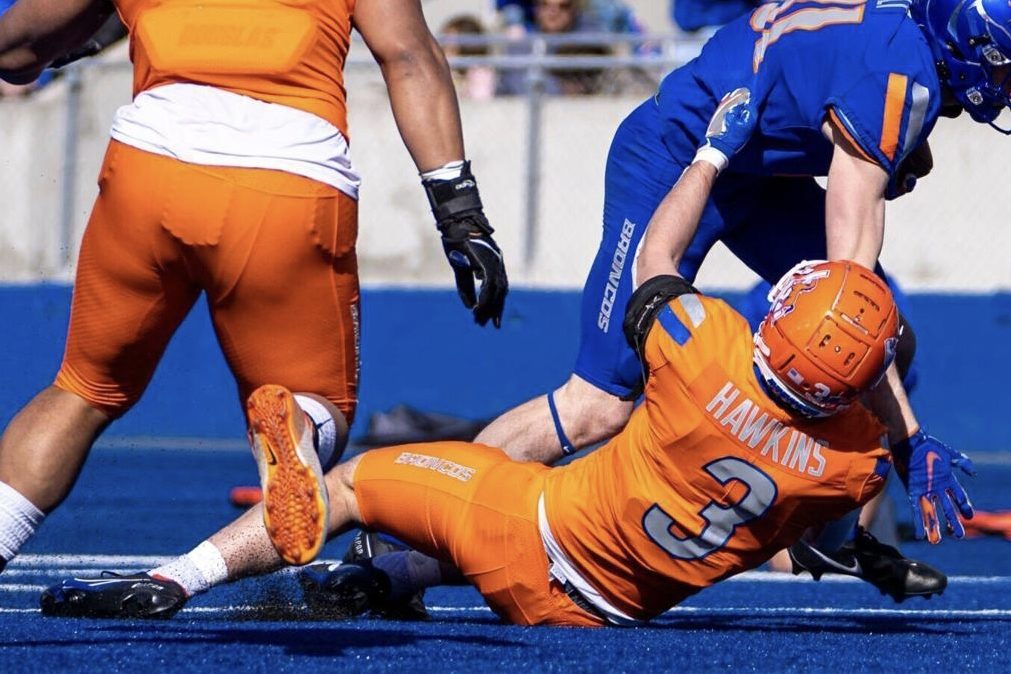 Bronco Nation News is counting down the 25 most important players to the Boise State football team in 2022. Next up in our series is No. 10, linebacker Brandon Hawkins:

Linebacker Brandon Hawkins has no career starts in 31 games the past three seasons for the Boise State football team.

The 6-foot-2, 225-pound Hawkins is the leading candidate to take over at weakside linebacker in place of Riley Whimpey. After signing with the Broncos way back in 2018, the fifth-year senior might finally have his shot.

“It’s really exciting,” Hawkins said. “It’s something I think about all the time. I grew up dreaming about playing college football and to now have the opportunity to (maybe) start, that’s really cool to me.

“I look back and never in a million years – as a little kid dreaming about it – it’s just really cool to have the opportunity.”

Hawkins appeared in all 12 games last season, primarily on special teams, and finished with 12 tackles and a sack He also had a forced fumble and a punt block – solid contributions for someone that didn’t see the field all that often.

He has 20 career tackles since debuting as a redshirt freshman in 2019. But it mostly wasn’t Hawkins’ fault he hasn’t got a chance to play much. He was playing behind one of the most productive and experienced linebackers in Boise State history. But with Whimpey gone, the long wait may soon prove to be worth it.

“Riley was awesome and he was able to teach us a lot of things,” Hawkins said. “He left a legacy for us and taught us how to do things. He didn’t leave guys completely – he left us with things we could grow on.

“From the very beginning I wanted to do everything I could for the team. Starting when I was younger it was mixing in a little bit, special teams was my role so I just tired to excel there. I wasn’t getting angry about not doing what I wanted to do, it was about being part of the team and I was able to do that. Now I have an opportunity with Riley (gone) but it’s not just me. We’re all competing to see who can fill that spot. And if it’s not me, I’ll just keep doing what I can for the team.”

Whimpey will be tough to replace. In five years with the program the All-Mountain West linebacker had 284 tackles, 21.5 tackles-for-loss, six sacks, three forced fumbles and a fumble return.

And that’s why Hawkins could play such an important role for the Broncos in 2022. Whimpey was a steady, reliable, productive player – leaving big shoes for Hawkins to fill. The return of Zeke Noa at middle linebacker will help soften the blow, but how Hawkins does should he win the starting spot could determine a lot about how Boise State’s defense performs.

Hawkins finally has his chance – and the defense is counting on him to step up. That’s why Hawkins checks in at No. 10 on our list of the most important players to the Broncos in 2022.