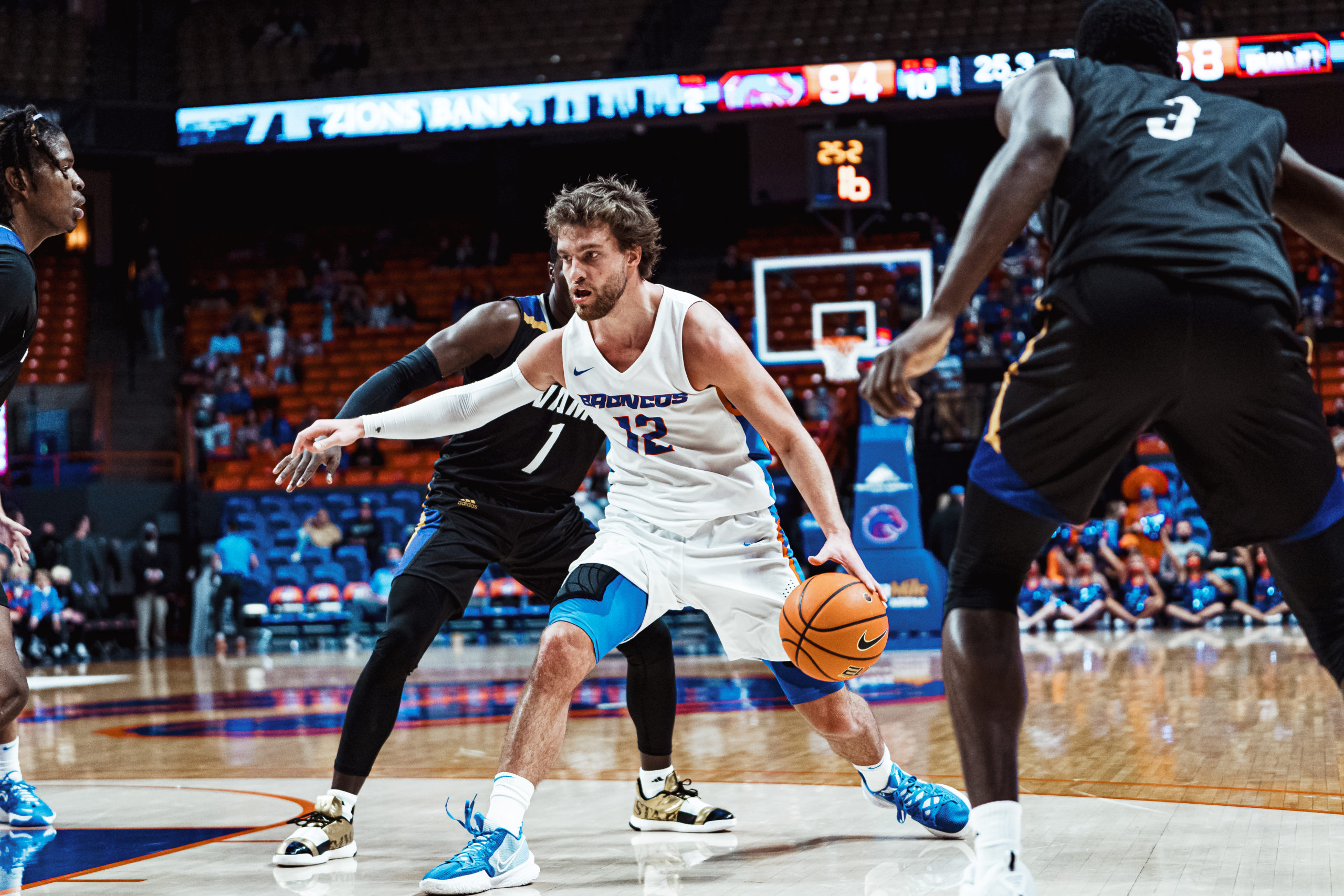 Max Rice is not overly concerned about his slow start shooting the ball this season.

Despite making just one 3-pointer in 13 games, Rice is confident things will soon turn around.

“Oh I’m good,” Rice told Bronco Nation News.  “I’m just trying to stay confident and just keep my body as healthy as I can. I know I can do it. I know I can make shots.

“It’s just a matter of staying in the gym and continuing to shoot and not lose your confidence. Basketball is obviously 80 percent mental and 20 percent physical and I think I just need to stay confident and shoot the right shots.”

Rice, the son of head coach Leon Rice, is stuck in a career-worst slump that has seen him make just 1 of 18 shots from 3-point range this season and 3 of 30 shots overall.

Boise State (9-4), which has won six games in a row, opens Mountain West play Tuesday night at 7 p.m. against Fresno State. And they are hoping Rice can soon find his outside shot again.

“Sometimes I feel like I’m passing up on shots I should take and then shooting shots that aren’t as open as others,” Rice said. “I just need to trust my game and not listen too much to the outside noise and just keep going and I’ll be alright.”

He started the year 0 for 12 from deep before finally connecting on his third attempt against Prairie View on Dec. 10. But he’s missed five since, including an 0 for 2 game against Washington State last time out on Dec. 22.

“I know I can make shots,” Rice said. “I did it last year. I’m just off to a bit of a slow start. I’m not worried about that. All I care about is winning. As long as we keep winning, that’s all I care about.

“Last year I had a cold streak too. That’s basketball. You are going to have hot streaks and cold streaks. Hopefully this turns into a hot streak here pretty soon because I feel like I have a lot of makes on the way. That’s the plan at least.’

Rice said he’s focused on contributing in other ways when he’s on the court since his shot is not falling.

“I gotta do something positive out there,” Rice said. “I’m trying to rebound, I think my defense has improved, and when I start making shots – which hopefully will be soon – then I’ll be playing pretty good basketball.

Rice declined to let offseason hip and ankle surgery be an excuse, joking that he “only can do so much as the genes I am given” from his dad. “I’m working with what I’ve got,’ he said with a laugh. Leon Rice alluded to Max not being 100 percent earlier in the season, but declined to provide specifics.

Teammates have noticed Rice staying upbeat despite the slow start.

“He’s trying to keep a positive mindset and the team is rallying around him knowing he’s a good shooter and that his shots will start to fall,” freshman Tyson Degenhart said. “He’s definitely still making an impact. He’s trying to do the little things to help us win.”

Rice, a former all-state performer at Bishop Kelly High School in Boise, said the crowd yelling shoot has no impact on him but said he appreciates fans staying behind him despite the slow start.

The guard admitted he’s been looking to pass more lately due to his slow start shooting but knows there’s only one way to get out of a slump.

“I think I am looking to pass a little more than last year obviously but the only way to start making shots is to shoot them,” Rice said. “I’ve been staying in the gym and staying confident and I think I’ll start making them really soon.”

Rice said there’s no added pressure of his dad being the head coach and needing to produce or have others wonder why he’s in the game. He’s just in a tough stretch.

“I don’t think it has anything to do with my dad being the coach,” Rice said. “It’s basketball. People miss shots. It will even out in the long run. It’s been a slow start but I’ll be good in the long run, I know that.”

If the numbers are going to even out, Rice has a lot of makes coming soon. The Broncos would gladly take that on Tuesday.

I don't like to state the complet …by Bronco74547 mins ago