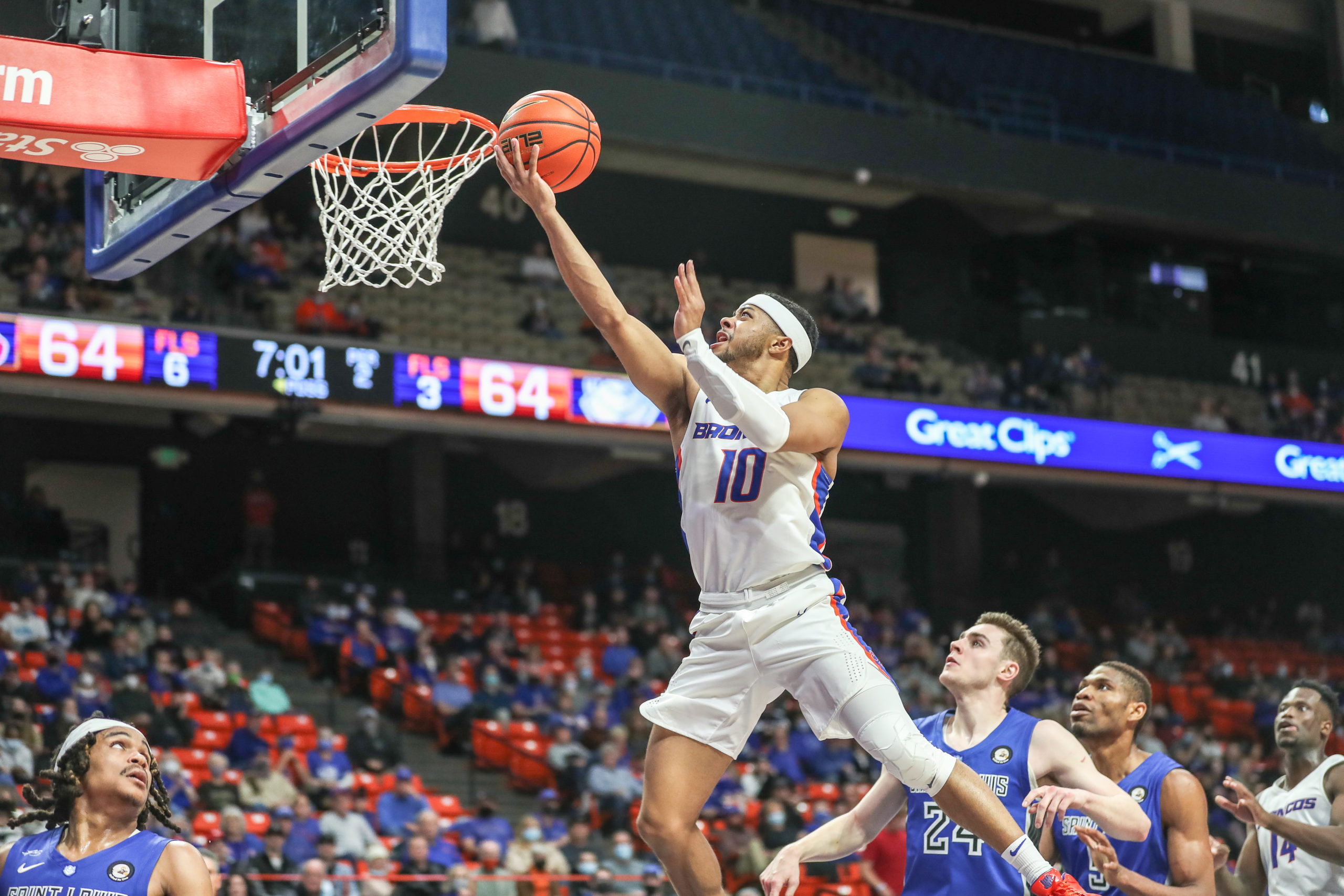 Boise State senior guard Marcus Shaver Jr. announced on social media that he will test the NBA Draft waters while maintaining the option of returning to Boise State for his ‘super senior’ year next season.

Shaver, who was second on the team with 13.3 points per game while playing a team-high 33.1 minutes per game, officially declared for the NBA Draft and will sign with a certified NBA agent. Rules allow him to work out and talk with NBA teams to gain feedback before deciding by June 2 whether to stay in the draft or withdraw his name and come back to school.

The guard has a final season of eligibility left due to the COVID-19 pandemic impacting the 2020-2021 season.

Shaver, who hit a team-high 57 three-pointers, started 34 of 35 games last season. He was dubbed ‘big shot Shaver’ midway through the season after hitting four 3-pointers in the final minute to either tie the game or give the Broncos the lead, including two in less than 48 hours to win at Utah State and San Diego State.

But he battled sickness and injury down the stretch and went just 7 for 39 from the field (17.9 percent) in the four postseason games, including just 1-for-14 from 3-point rage. In the loss to Memphis in the NCAA Tournament he went 1 for 10 from the field and had four points.

Shaver’s mom moved to Boise and attended almost every game last season. Coming back for another season would seem to make the most sense, given his family’s ability to watch him regularly and the chance for him to finish on a better note. It’s unlikely he would be one of 60 players taken in the upcoming NBA Draft, but he likely will have a nice pro career overseas whenever he’s ready.

The feedback from NBA teams will help him decide whether that time is now.

Boise State guard Emmanuel Akot and center Mladen Armus are in similar positions as Shaver Jr. and will likely do the same thing.