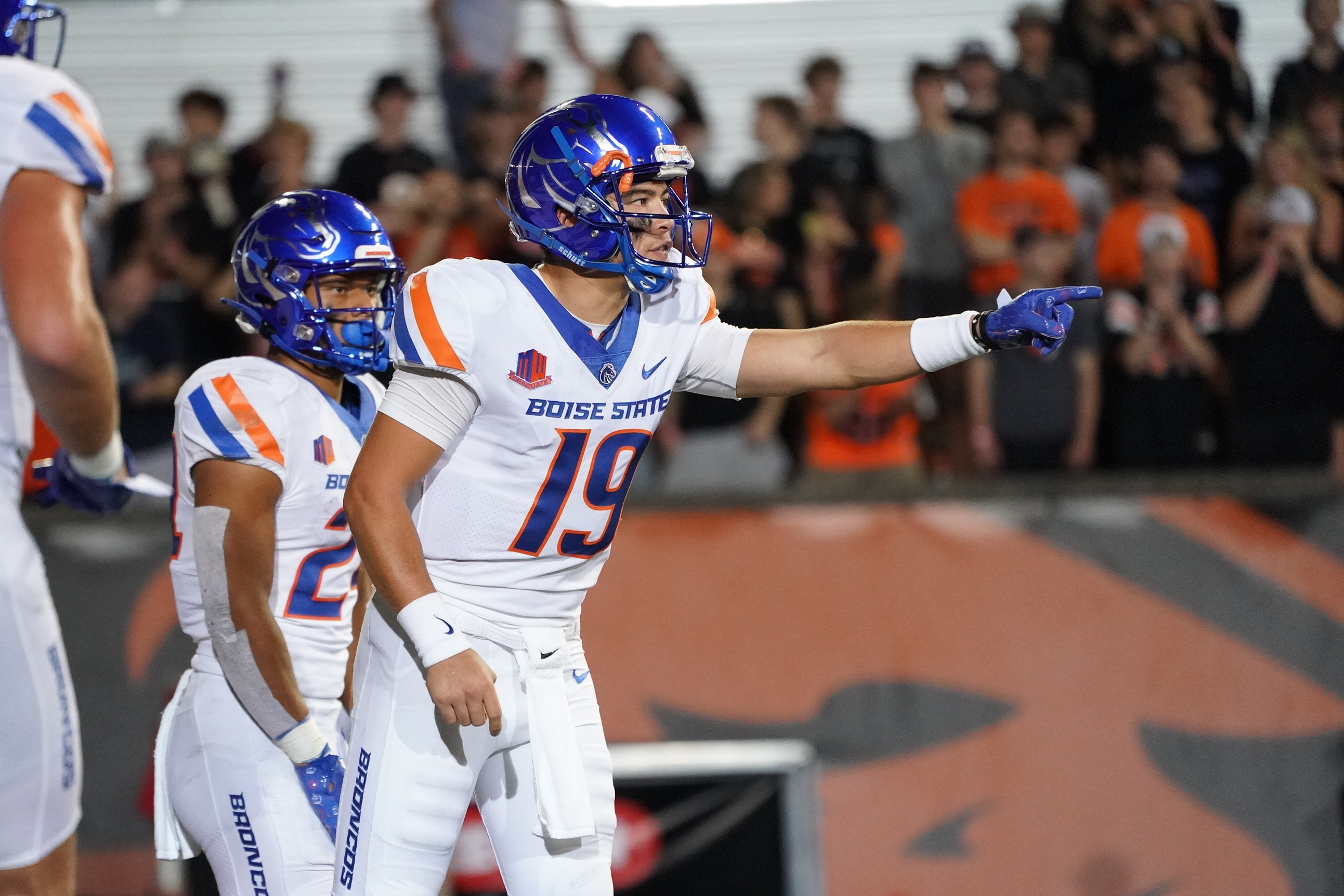 EL PASO, Texas – The Boise State football team and it’s much-maligned offense will be back in action tonight when the Broncos face UTEP at 7 p.m. at Sun Bowl Stadium on CBS Sports Network.

Monday offensive coordinator Tim Plough acknowledged that the Broncos have transitioned away from his up-tempo offense to a more clock-controlled, run-first offense. Why or who ultimately made the switch remains unknown, but it’s been talked about plenty by Boise State fans around the water cooler this week. Fans want high-scoring, fun offense – as they should. Boise State’s coaches want to rely on a strong defense, control the clock and time of possession and finish with more points than the other team.

The Broncos looked pretty good in the first half last week against UT Martin with 251 yards in the first 30 minutes. But they had just 76 yards in the second half as they mostly ran the ball and dominated the time of possession.

What will the offense look like tonight? It makes a random nonconference game at UTEP in late September as intriguing of a game as there has been in several years.

My prediction for tonight? Ironically I think the offense comes out and lights up the scoreboard. The storyline all week was Boise State now likely winning uglier, lower-scoring games by relying on running back George Holani and the offensive line. I have a weird feeling all of that gets thrown out the window tonight and Boise State has by far its best offensive game of the season.

The UTEP defense ranks No. 89 in scoring defense at 29.0 points allowed per game, and No. 77 in total defense at 372.0 yards allowed per game. The situation is primed for a breakout game for the Broncos on offense, and from quarterback Hank Bachmeier. He’s due for a big game to quiet the naysayers, and I’ve got a sneaking suspicion tonight is the night.

Boise State beat UTEP 54-13 last year in Boise in the first game of this two-year series. I think the score will be similar tonight. Last year’s UTEP game is the only time Boise State has reached 50 points with Plough as offensive coordinator. I think they’ve got a shot to get there again.

Maybe I’m crazy, but this has blowout written all over it to me. And the Las Vegas point spread of 16.5 points? Double it and I think the Broncos would have a shot to cover. Give me Boise State 48, UTEP 10.

We’ll have complete coverage before, during and after the game here at BroncoNationNews.com, so check back often. Our Lithia Ford of Boise Pregame Show will start about 5:30 from the press box at Sun Bowl Stadium, and our postgame show will be roughly 45 minutes after the game ends. Watch both shows by subscribing for free to the Bronco Nation News YouTube channel.

Thanks for reading. More from El Paso shortly…