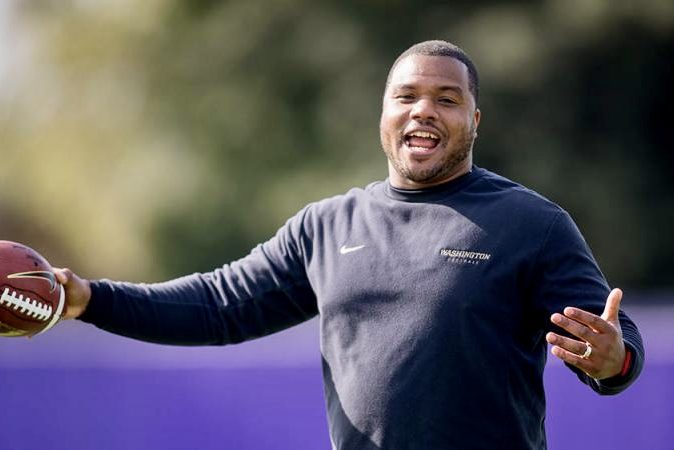 Boise State has hired Keith Bhonapha as an associate head coach and running backs coach, just over 24 hours after the team announced that Winston Venable would be stepping down to pursue other opportunities.

Bhonapha returns to Boise after spending eight seasons at the University of Washington. Before leaving with Chris Petersen to Seattle, Bhonapha was the running backs coach for the Broncos from 2009-13.

“I started my career at Boise State and it holds a special place in my heart,” Bhonapha said in a Boise State press release. “I’m juiced to return to one of the greatest cities in the country to help Coach Avalos and the staff continue to build upon a foundation that Bronco Nation can be proud of.”

In his coaching career Bhonapha has sent numerous players to play at the next level in the NFL including Jay Ajayi, Doug Martin and Myles Gaskin.

Ten out of the 13 years Bhonapha has coached running backs he’s had at least one to surpass 1,000 yards rushing, with Gaskin rushing for over 1,200 yards in four-straight seasons at Washington.

“Coach Bhonapha has both the experience and knowledge that comes with building and growing programs, and his work developing running backs speaks for itself,” Avalos said in a release. “I am excited to bring him back to a place that he helped build, and am looking forward to him assisting us in taking this program to the next level.”

Before his time at running backs coach for the Broncos, Bhonapha spent time as the director of football operations for Boise State from 2006-08.

During his time with both the Broncos and Huskies Bhonapha heavily impacted recruiting, helping both schools reach some of the highest-ranked recruiting classes the schools have ever had.

Boise State loses two of its top three rushers from the 2021 season. Starter George Holani, who is expected to return, rushed for over 1,000 yards in 2019 but injuries riddled his past two seasons.

Running backs Cyrus Habibi-Likio (NFL Draft) and Andrew Van Buren (transfer) departed from Boise State in December after combining for 11 touchdowns for the Broncos in 2021.

Holani will pair up with four-star RB Ashton Jeanty, who could compete for immediate playing time for Boise State as a true freshman. The Broncos could also look to add another running back via the transfer portal.

One less BSU scholarship football …by Joseph Whitaker19 hours ago