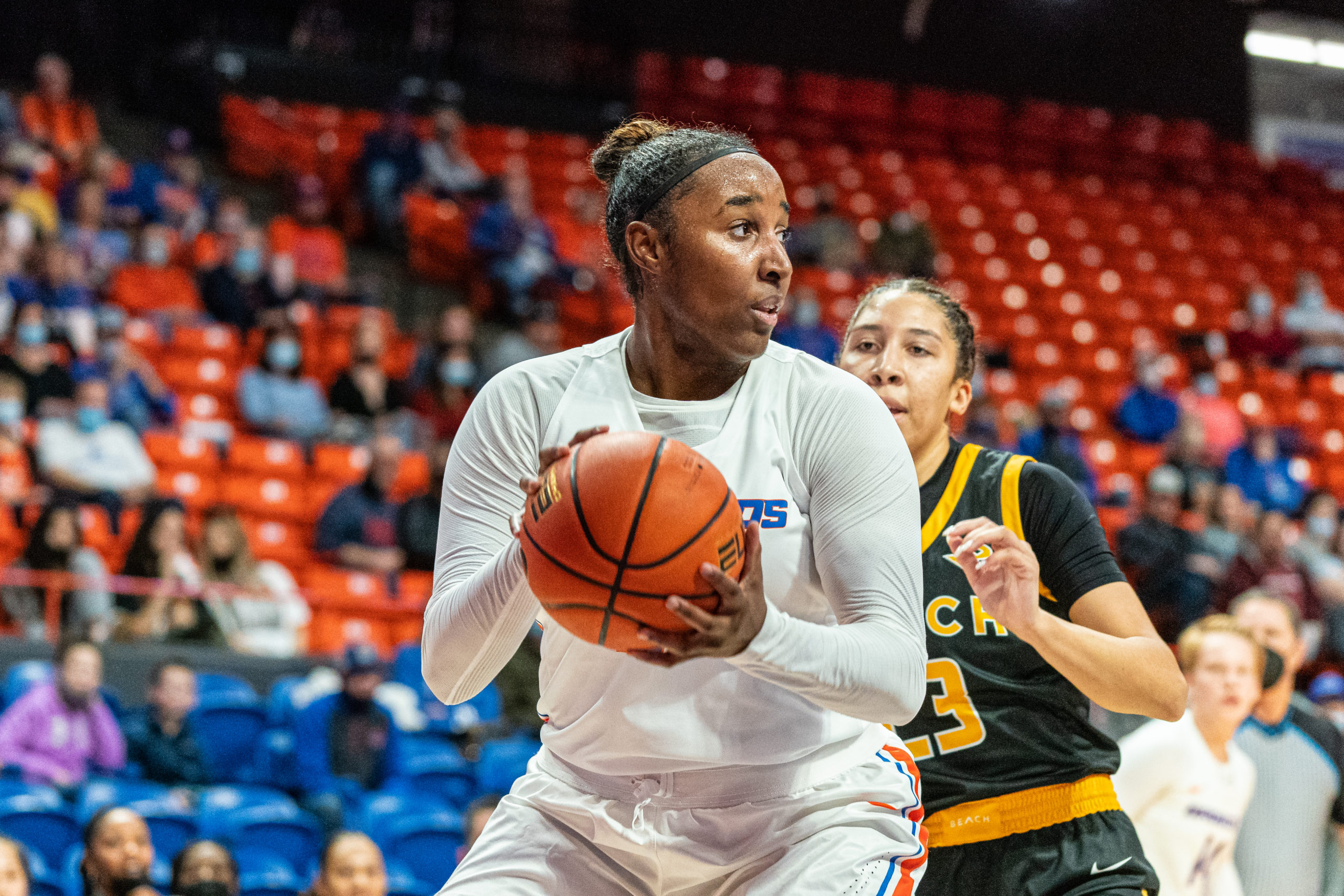 Sophomore forward Elodie Lalotte has made an immediate impact for the Boise State women’s basketball team since arriving on campus. With a phenomenal freshman season under her belt, Lalotte has started all 16 games this season and ranks in the top three in both team scoring and rebounding.

But while Lalotte has already had success in Boise, there is a deeper story with the 6-foot-1 forward that stems across the pond of the Atlantic Ocean.

Before eventually becoming a CIF champion (in high school) in Southern California and now a contributor for the Broncos, Lalotte made a decision that involved a high amount of risk and dedication in order to master her craft on the court.

She moved from Paris, France to the United States in hopes of helping her basketball future.

“I started basketball at five years old growing up playing the game,” Lalotte said. “The head coach for the club team I played for in Paris organized (basketball) camps in America.

“I went to a couple of his camps and visited high schools. I just liked the way basketball was played in America which made me really want to come here.”

Lalotte moved to the United States and started her high school career at famed JSerra Catholic as a sophomore. She transferred to Orangewood Academy in Garden Grove, Calif., where she averaged a double-double as a senior and led the Spartans to a CIF state championship.

While basketball was the main focus, she did everything possible to soak in information and adapt to her new world.

“Five months,” Lalotte said is the amount of time it took her to learn the language. “I knew a little bit three months into learning, but five months is when I knew good English.”

Lalotte was 12-years old when the idea of her moving to the United States started to circulate and gain traction in her household.

“It was really early when I told my mom,” Lalotte said. “When I turned 13 it was difficult, but it was a good opportunity, and she finally was able to let me go to the United States.”

Though the Broncos have not had the ideal year they wanted to this point, Lalotte has been a nice bright spot. She’s third on the team with 9.3 points per game and is second with 6.3 rebounds per game. She has scored in double figures eight different times and twice she’s reached a season-high of 16 points. Lalotte is shooting 49.6 percent from the field, the best mark on the team.

“She’s a tremendous part of our team and she’s the focal point of opponents defenses,” Boise State coach Gordy Presnell said. “I think the sky is the limit for her. I think if she continues at this present rate four years from now she’s going to have a pro career.”

Lalotte has made recruitment decisions to match with moving across the globe, but deciding between Southern California or the Treasure Valley to determine what reminds her most of Paris isn’t quite yet in her cards.

“In California it’s the heat and Boise it’s the cold,” Lalotte laughed. “I’d say it’s a little bit of both.”

Boise State (5-9) hosts Wyoming at 6:30 p.m. Wednesday at ExtraMile Arena. The game will be streamed on the Mountain West Network with a live radio feed on KBOI 670 AM.