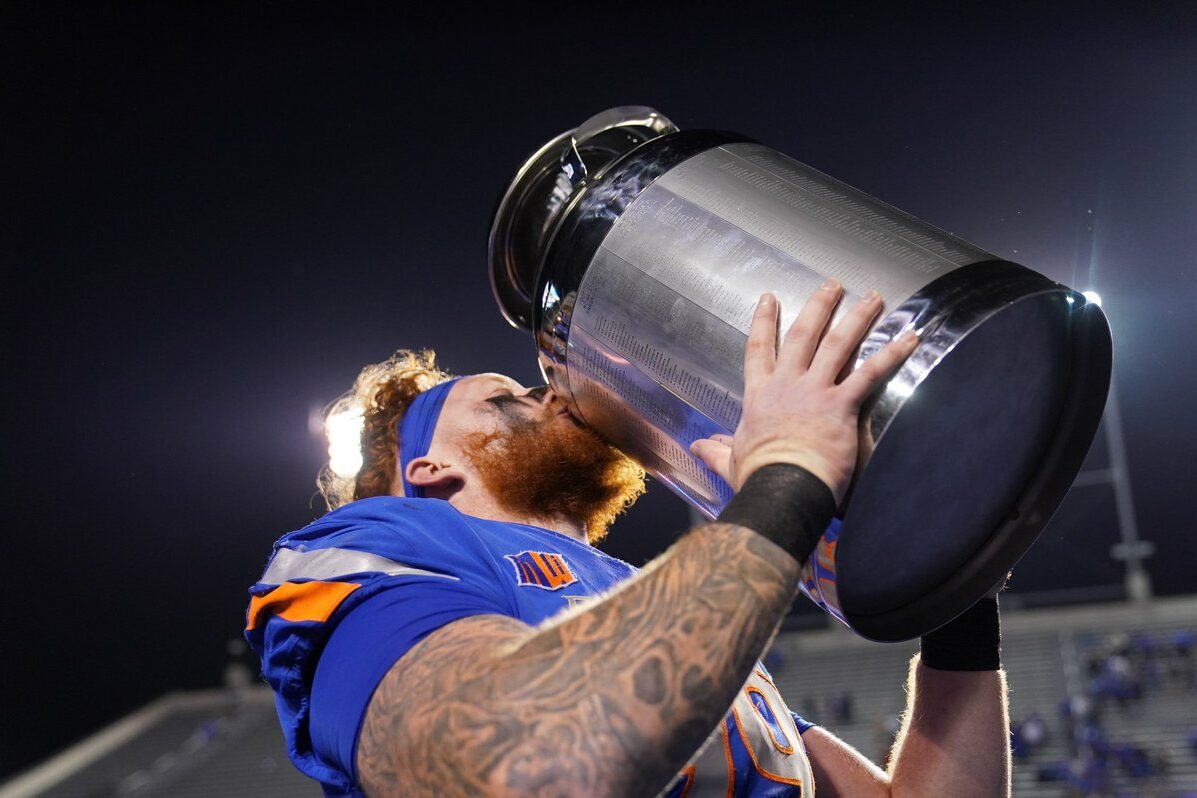 The Boise State football team rushed for 316 yards for a second straight game and the Broncos pulled away in the second half for a 40-20 win over Fresno State on Saturday night at Albertsons Stadium.

George Holani rushed for 157 yards and freshman Ashton Jeanty had 109 yards and two touchdowns for the Broncos, who had two 100-yard rushers in consecutive games for the first time in program history.

Quarterback Taylen Green competed 10 of 18 passes for 127 yards and two touchdowns while also rushing 11 times for 22 yards in his second career start.

Boise State (4-2, 3-0 MW) has won two straight since an ugly 27-10 upset loss at UTEP on Sept. 23. The Broncos remain atop the Mountain Division standings heading into a much-needed bye week. Boise State has a key division showdown at Air Force up next on Oct. 22.

B.J. Rains and Kent Riddle spent more than an hour discussing the game on the Lithia Ford of Boise Postgame Show. Watch it here:

The Boise State defense allowed just 45 yards in the second half to help the Broncos pull away after leading just 20-17 at the half.

Ezekiel Noa had an interception, a sack and a forced fumble to become the first Boise State defensive player with all three in the same game since Kekaula Kaniho in the 2017 Las Vegas Bowl. The sixth-year senior Noa had six tackles, including two tackles-for-loss.

Watch highlights from the game here:

MWC quarterbacks who won't be bac …by Bronco74542 hours ago

What does Ohio State's loss today …by Bronco74544 hours ago
Fan Poll
What bowl game would be best for the Broncos?