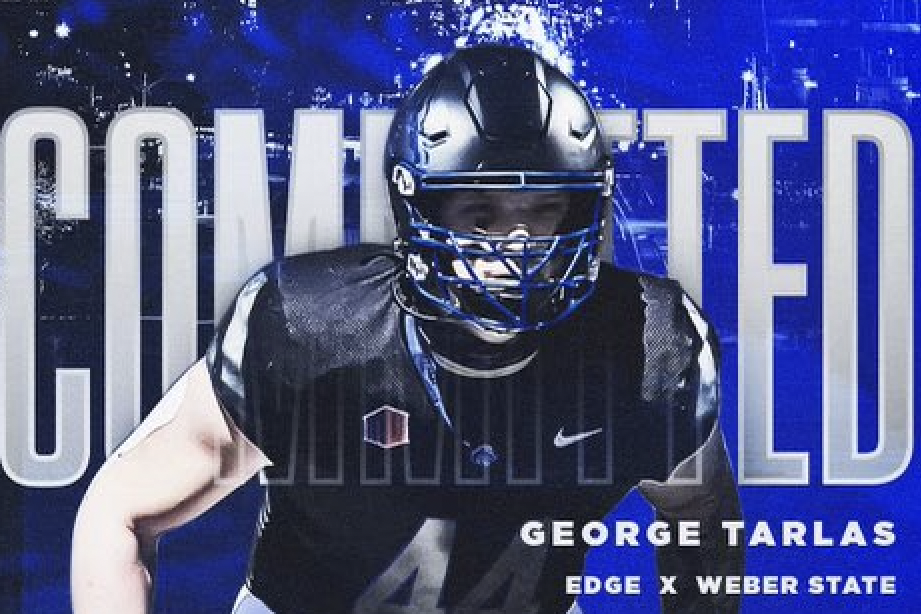 Boise State received a verbal commitment Tuesday morning from a familiar name in the Treasure Valley.

Weber State transfer George Tarlas, a former standout at both Caldwell High School and Borah High School, announced on Twitter he would play his final college season at Boise State.

“I can’t wait to step on that blue turf,” Tarlas wrote on Twitter as part of his announcement.

The  6-foot-4, 240-pound edge rusher played in 44 games for the Wildcats the past four years and had 117 tackles, including 20 tackles-for-loss and 17 sacks, Tarlas earned All-Big Sky honors in both his sophomore and junior seasons.

According to the Weber State Football website, Tarlas was born in Greece and prior to his time at Weber State only played two seasons of high school football, one at Caldwell in 2015 and one at Borah in 2016, after he moved to the United States.

This past season for Weber State he had 55 tackles and five sacks for the Wildcats.

Weber State did not play in the fall of 2020 due to the COVID-19 pandemic, but played a shortened spring season in 2021 in addition to the full season this past fall.

Boise State was one of the first schools to offer Tarlas once he entered the NCAA transfer portal. The pass rusher also received offers from numerous schools including San Diego State, Utah, and the University of Arizona. Tarlas took a visit to UCLA as well.

He is now the 22nd commit from the 2022 class, it can be made official Wednesday as part of the first day of the early signing period.