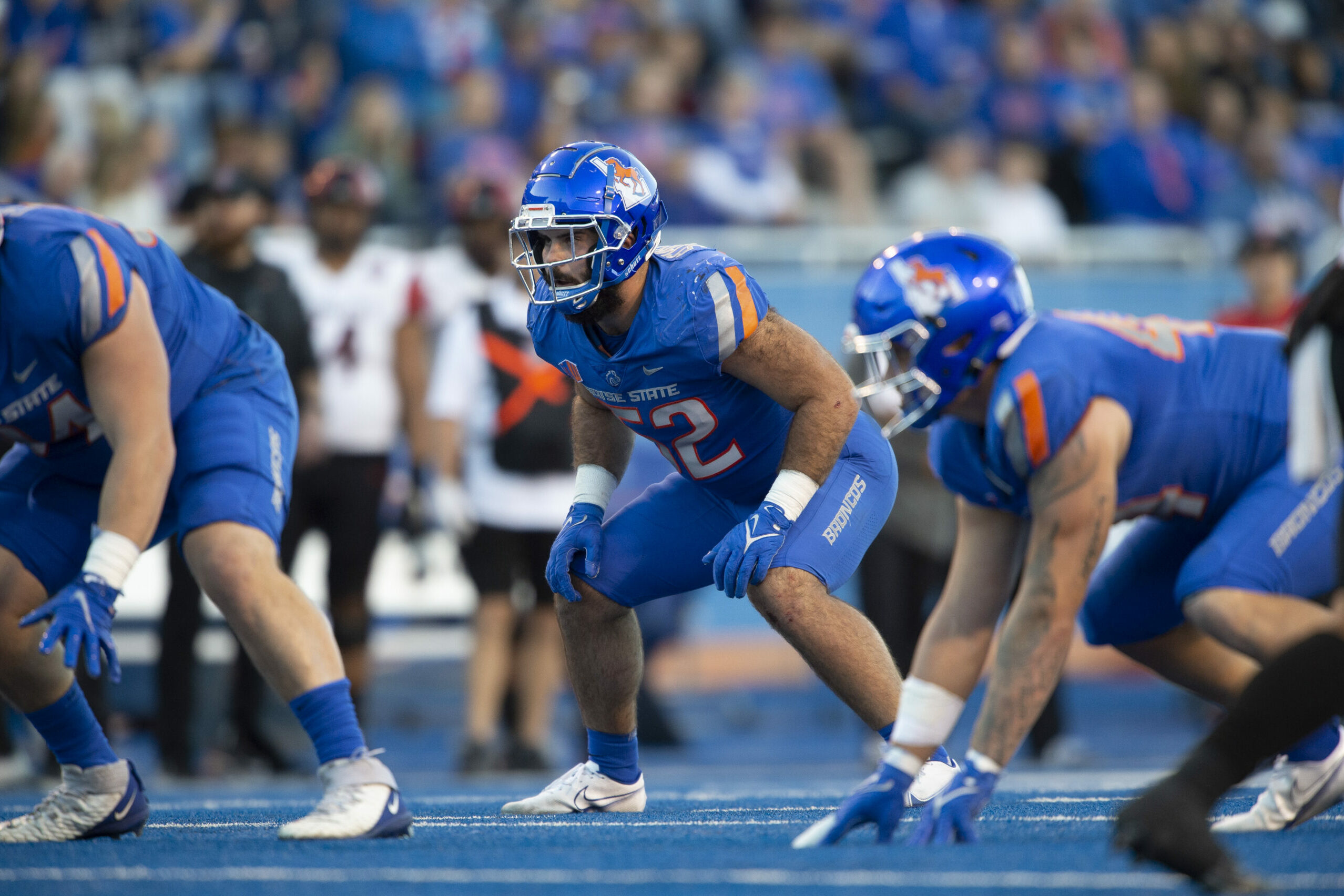 BOISE – The Boise State football team got a big boost Tuesday when it was announced that eight Super Seniors will return in 2023.

Schramm’s return is probably the biggest of them all. The linebacker started all 14 games last season and led the Broncos with 110 tackles, 12 tackles-for-loss, 53 solo tackles and was a second-team Al-Mountain West selection.

Washington missed four of the last five games due to a shoulder injury and played only a handful of snaps in the Mountain West title game against Fresno State. The veteran will be back for a sixth season and will provide needed depth and experience at the EDGE position. He had 35 tackles and tied for the team lead with 4.5 sacks prior to the injury.

Bowens had 32 catches for 462 yards and four touchdowns last season, while Cobbs had 29 catches for 3396 yards and two touchdowns. Smith, who previously announced he was returning, will provide a veteran presence to a tight end group that lost both Kurt Rafdal and Tyneil Hopper from the 2022 roster. He had 25 catches for 214 yards last season.

Both Beresford and Curran were starters along the offensive line last season. Their return, along with Ben Dooley and Mason Randolph, should give the Broncos a steady foundation up front heading into the season.

Hogans, a transfer from Snow College, missed much of the season due to injury but saw action in seven games and had 18 tackles, including 3.5 tackles-for-loss.

On the defensive side of the ball, the Broncos will retain the trio of Cortez Hogans, DJ Schramm and Demitri Washington.

Boise State is in the midst of winter conditioning workouts and will likely start spring ball in early March.

The Broncos will open the 2023 season on Sept. 2 at Washington.

Boise State seniors ready for one final ride together in Frisco Bowl: ‘It’s going to mean a lot’
December 16, 2022