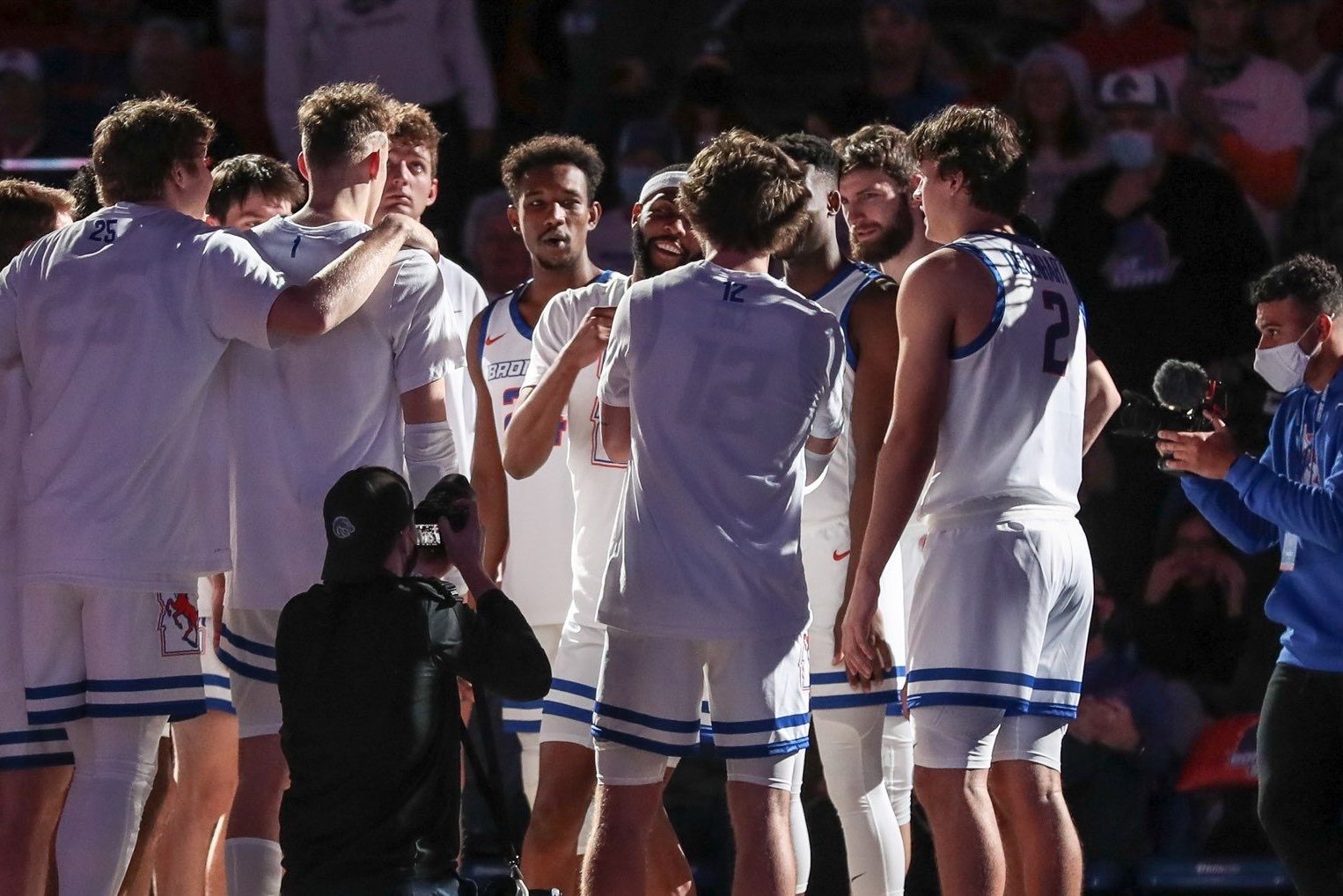 Winning on the road is never easy. In the Mountain West Conference? It’s a completely different animal.

Whether it’s the skill level, elevation, tough travel or the ruthless students and fans that fill the seats towering over the court in some of the most unique college basketball venues in the country – a Mountain West road game is never easy.

“My first few years in this league I couldn’t believe some of these places.”

In the first three years as members of the Mountain West Conference for Boise State, the Broncos won just 6 of 24 road games (25%).

“That’s why it’s so important when we have home games,” Rice said. “We need that advantage. … It does make a huge difference and that’s what we face at a lot of these places.”

The altitude factor is what magnifies some of the impact on travel both physically and logistically. For schools at a higher elevation, the odds of having a connecting flight increases to go along with the occasional long bus ride.

It’s possible to go from playing a game in sunny San Diego, Calif. where it’s nearly sea level to Laramie, Wyo. almost a mile and a half above sea level within a single road trip.

“Next time you go to Wyoming get on the treadmill and start running and you’ll feel it,” Rice laughed. “We also have a great approach to it and a system that we use that is a little different.”

Boise State (10-4), (1-0 MW) travels to Wyoming on Saturday looking to extend its winning streak to eight games and stay perfect in Mountain West play. The Cowboys are 11-2 and currently sit at #89 in the Kenpom.com rankings.

The Broncos have won 11 of their last 12 contests against Wyoming, with the only loss coming on the road in overtime in 2018. The New Year’s Day matinee is at 2 p.m. MT and will be televised nationally on CBS Sports Network.

Boise resident and Boise State women’s basketball play-by-play announcer Chris Lewis will be on the call.

“It’s a tough, tough conference to play on the road and we don’t take any of those for granted,” Rice said. “We’re just going for one game right now. … We’ll be ready to go and they’ll be ready to go.”