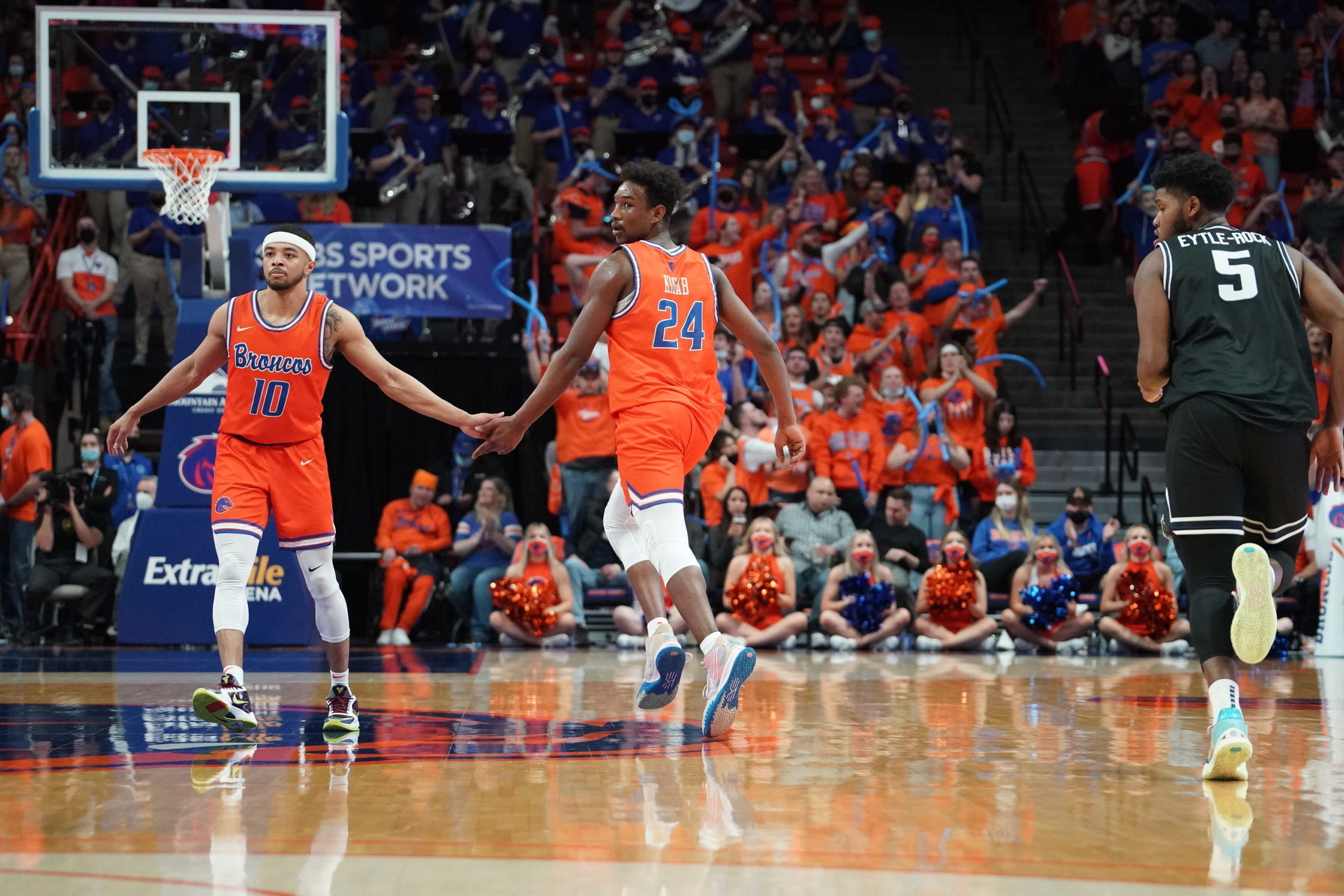 There was an upset in the Mountain West on Saturday night. It had nothing to do with Boise State.

The Broncos took down Utah State, 68-57, at ExtraMile Arena, and then watched as Colorado State lost badly at UNLV.

The end result? Boise State remained atop the Mountain West standings and watched a challenger fall a game further back.

Marcus Shaver Jr. had 20 points and Abu Kigab had 17 as Boise State overcame a slow start to beat Utah State in front of 10,252 fans.

Boise State (21-6, 12-2 MW) is a half-game up on Wyoming for the top spot in the standings, while San Diego State is lurking just a game back in the loss column at 9-3. The Aztecs come to Boise for arguably the game of the year in the Mountain West on Tuesday at 7 p.m.

San Diego State is No. 23 at KenPom after a big win at Fresno State on Saturday, while the Broncos jumped up to No. 25 – their highest ranking in program history – following the 11-point win against Utah State.

“These guys have done a really great job of staying in the moments,” Boise State coach Leon Rice said. “It goes back to their maturity. Instead of thinking about these things in the future that could or couldn’t happen. We don’t do that. We know we have our hands full Tuesday with a great team coming in.”

But back to Saturday’s game. Tyson Degenhart added 12 points for the Broncos, who overcame a 5 of 17 night from 3-point rage.

Watch the full postgame show below. Start the video at 6:10 to skip past some audio issues:

My WILD GUESSES at the 2023 Boise …by BSUaddict3 mins ago