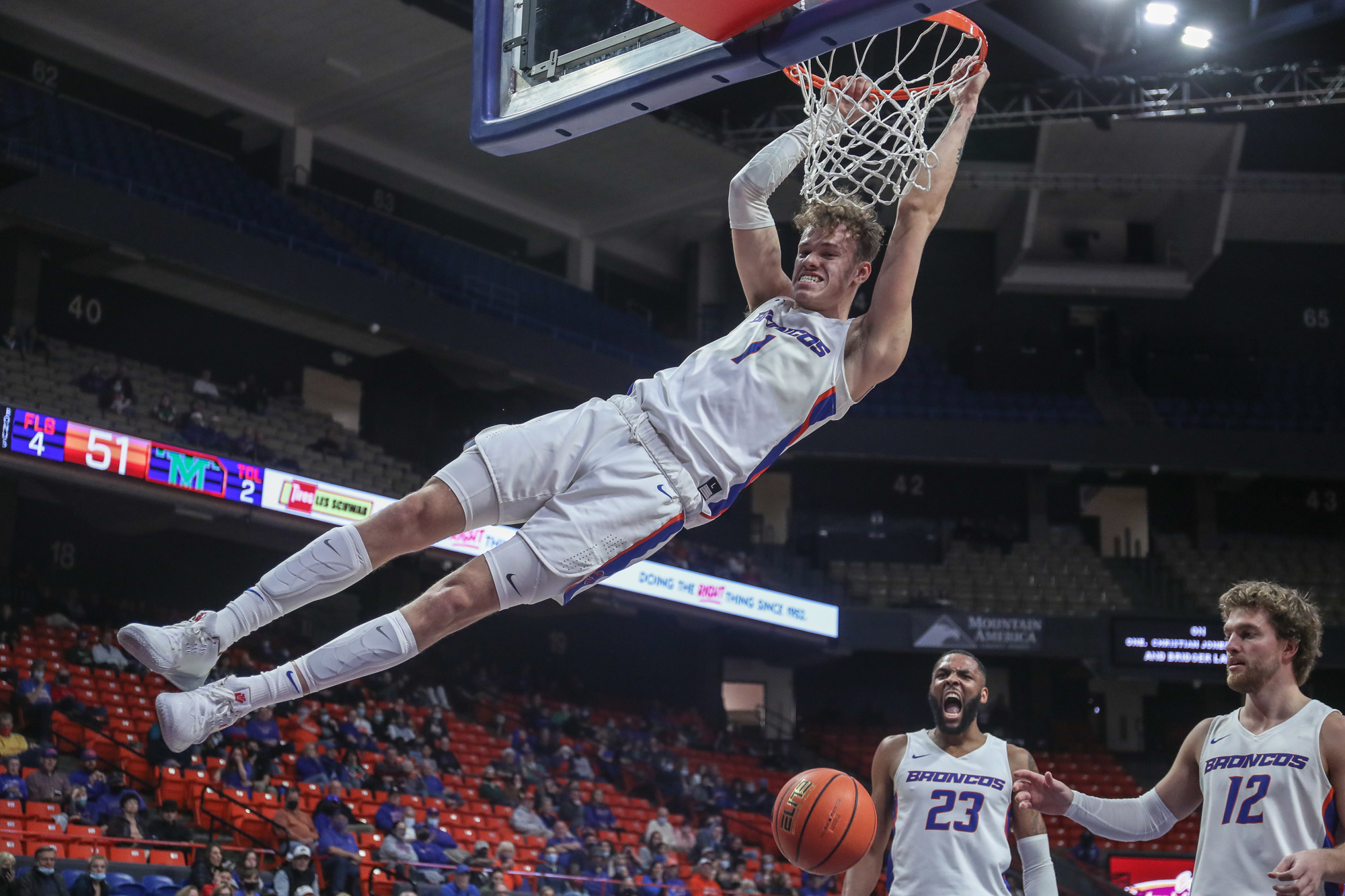 The Boise State men’s basketball team returned to team activities Friday with those members of the team and coaching staff that cleared protocols, a team spokesman confirmed to Bronco Nation News.

Those to continue to test negative ended the five-day quarantine Thursday and were able to return to the gym on Friday. It takes multiple days for players to be cleared medically to play after not practicing or playing for six days. Athletic director Jeramiah Dickey said in a statement earlier this week the earliest the Broncos would be cleared to play a game is Sunday.

That timeline remains on track, according to a team spokesman, but the Broncos aren’t scheduled to play until next Wednesday in Reno. Assuming current negative tests continue and things move in the same direction as the past few days, the Broncos are anticipating having enough players cleared to make the the trip and play at Nevada.

Boise State has had three games postponed due to the positive cases and subsequent pause – Jan. 1 at Wyoming, Jan. 4 at Utah State and tonight (Friday) against No. 20 Colorado State.

The Broncos remain hopeful all three games will be made up, but the Mountain West has yet to announce any rescheduled dates.

Boise State coach Leon Rice has not been made available to the media since the Wyoming game was postponed.

The Broncos (10-4, 1-0 MW) are currently riding a seven-game winning streak and sit at a season-best 48th in the KenPom.com rankings.