Broncos picked to win Mountain Division yet again; other news and notes from Las Vegas 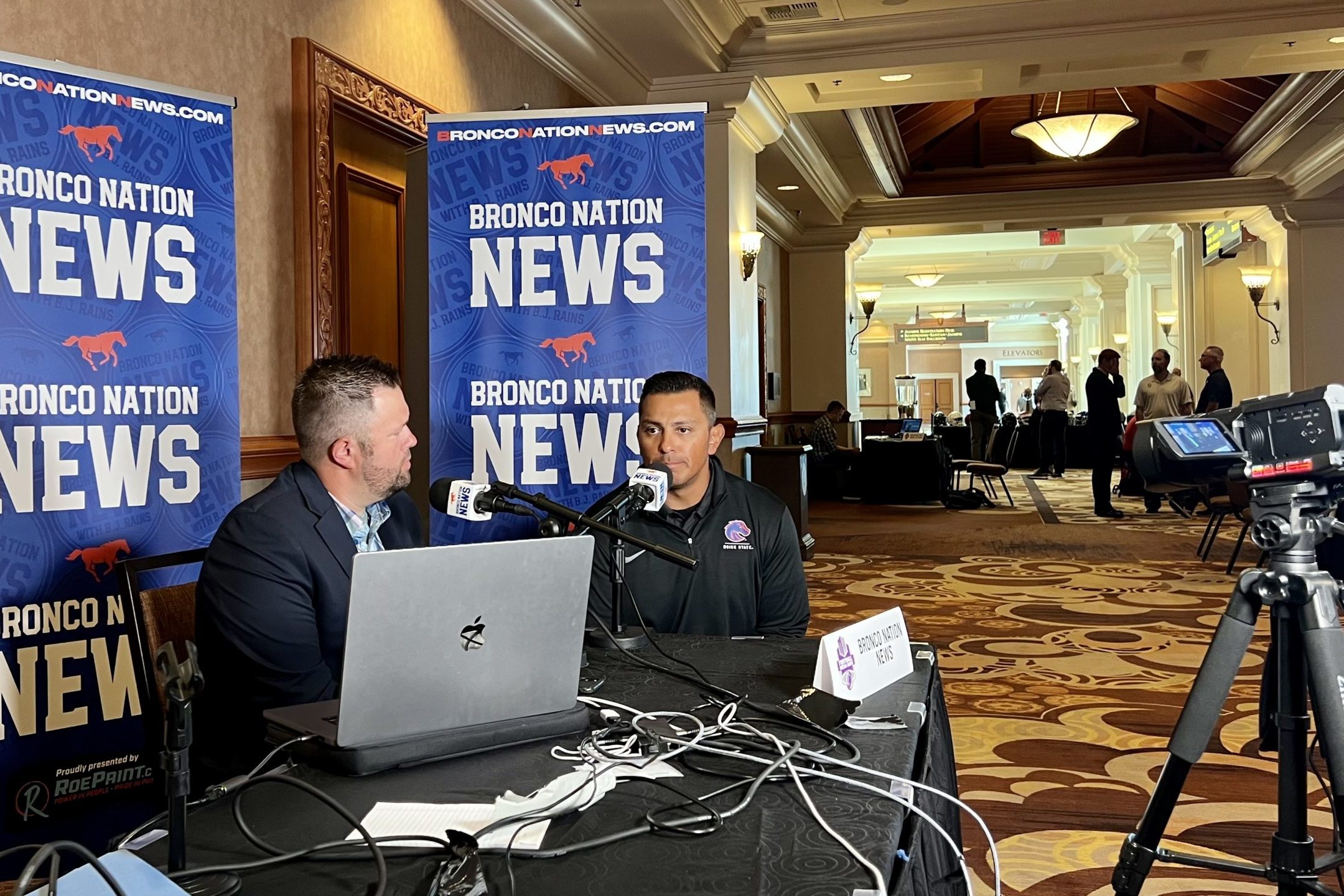 LAS VEGAS – Another year, another spot atop the preseason standings for the Boise State football team.

For the 15th straight season – yes 15 years in a row dating back to 2007 – the Broncos have been picked to finish atop either their division or conference.

And this one, coming off a subpar 7-5 season, might show just how much respect media members around the league have for the Broncos.

Boise State, which lost five regular season games a year ago for the first time since 1996, received 14 of 28 first-place votes and had a division-high 151 points in voting released by the Mountain West in conjunction with the start of the league’s Media Days in Las Vegas.

“There’s plenty of motivation,” Boise State coach Andy Avalos said. “Plenty of motivation to stay focused on what the important things are – how we compete every day, how we show up – and they are doing it. The things we’re working to reestablish and what has been the foundation of Boise State football, those players now, they are leading that stuff. They’ve done a great job training this summer.

Air Force (10 first place votes) had 136 points to come in second in the Mountain Division, while Utah State (3) had 122 points and was third. Colorado State (1, 90 points), Wyoming (60 points) and New Mexico (29 points) were picked fourth, fifth and sixth.

Avalos said he was excited about the 2022 team for a number of reasons, but pointed to four-year starter Hank Bachmeier and his offseason development as a key.

“The confidence and comfortability in which the guy driving the bus, Hank, has in year No. 2 (under offensive coordinator Tim Plough) is awesome to see,” Avalos said.

Defensively the Broncos must replace key multi-year starters and leaders Kekaula Kaniho (nickel) and Riley Whimpey (linebacker), but bring back a number of key contributors in safety JL Skinner and defensive lineman Scott Matlock. Many believe this could be one of Boise State’s best defenses in the past decade.

“We’re really excited,” Avalos said of the defense. “The biggest thing for our defense is to stay focused on what we control, and that’s building confidence through our preparation training and that will build our mentality because that what defense is all about.”

Avalos touched on a number of topics and revealed some news during his sessions with the media Wednesday. Among them…

-Isaiah Bagnah will switch from EDGE to the Will (weakside) linebacker spot as the Broncos try to find a replacement for Riley Whimpey.

“We like the depth we have at EDGE and the position he played last year and the versatility within our fronts he actually stood up and played a little there,” Avalos said. “We have a lot of talent at linebacker but getting a guy like him that has real game experience, maybe not at that position, an opportunity to compete – he’s excited about it. We’ve been working on it behind the scenes throughout the course of the offseason.”

-Safety Tyreque Jones will move to the nickel spot this fall, while Shea Oladipo will play safety.

“Ty Jones and a few of the younger guys are going to play nickel and Shea is going to play field safety and compete with Rodney Robinson,” Avalos said. “We had an opportunity during spring ball to put Ty there and we saw what happened. The offense was the biggest advocator of ‘can we move Ty back to field safety’. We just decided to make that move. We have more depth now so we can adjust guys around like that.

-EDGE Dylan Herberg is no longer on the roster, Avalos confirmed. Herberg was originally suspended in January following an arrest for five charges including Driving Under the Influence.

-Avalos said quarterback Hank Bachmeier wasn’t the offensive representative at Media Days because left tackle John Ojukwu earned more votes from players for a leadership position. He also said Bachmeier wasn’t on the preseason All-Mountain West ballot due to Boise State policy that only those that earned all-league honors the previous season are included on the ballot.

Some fans and media members speculated there might be another reason Bachmeier wasn’t included for either honor, but Avalos laughed at that premise.

“We can read into all this other stuff, you know how we like to create that sometimes, but it’s really nothing,” Avalos said. “(Ojukwu and Scott Matlock) were voted on by their peers, but Hank was right there with them in the voting, if that makes it any consolation to that.”

-Fall camp will start on August 3. Camp will last two days longer than normal, with a new rule passing that allows for two more rest days leading up to the season opener.

Bronco Nation News will post more than 30 minutes of video of Avalos’ session with print reporters to our YouTube Channel in the next few days.

-Ojukwu and Matlock will take their turn going through the gauntlet on Thursday. Both are scheduled for live interviews with Bronco Nation News beginning at around Noon MT.

-The preseason All-Mountain West team will be unveiled at 9 a.m. MT on Thursday morning. Jay Tust and B.J. Rains will be live for a morning edition of Bronco Nation News LIVE on Thursday at 9 a.m. to discuss the team and other happenings on day two from Las Vegas.

Check out our interviews from Wednesday at Mountain West Media Days in Las Vegas:

Mountain West vs. PAC 12 in footb …by Railroader6 mins ago

Casey Kline entering the transfer …by ian27 mins ago

Boise State is 1st team to haveby Bronco74541 hour ago
Fan Poll
What bowl game would be best for the Broncos?