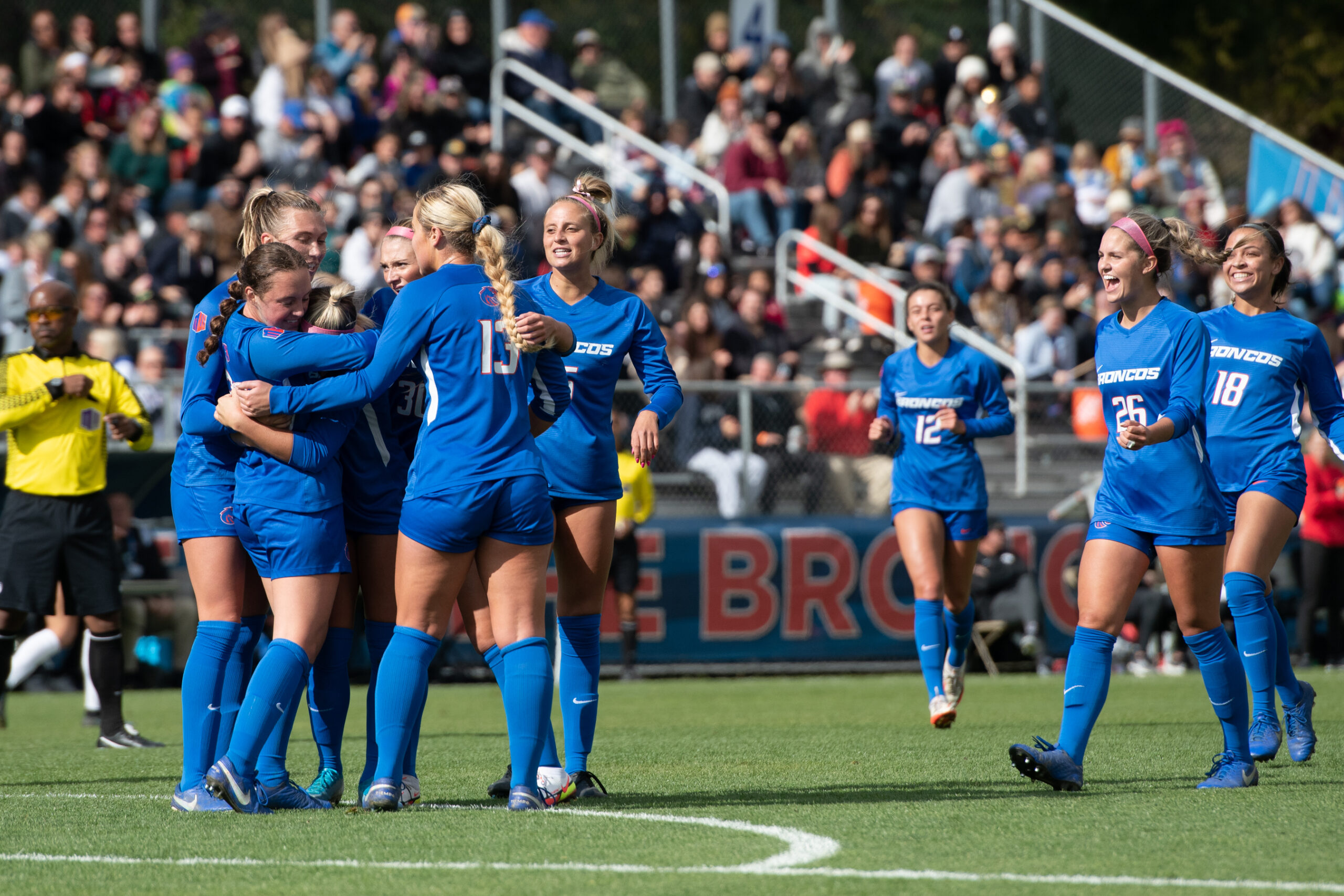 Needing a win to help secure a spot in the Mountain West Tournament, the Broncos played host to San Diego State on Senior Night at Boas Soccer Complex.

In front of a crowd of over 800 fans, they got just what they needed.

True freshman Hayden Wilsey scored her team-leading eighth goal of the season in the first half – and it proved to be the difference in a 1-0 win.

“She’s been such a great release point for us, with all the pace and the willingness to get in behind teams,” Boise State coach Jim Thomas said. “That’s been the missing piece since Raimee (Sherle) left in 2019.”

Wilsey entered the day with seven goals, but none of them had come in nine conference games. That changed Sunday when she scored in the 35th minute.

It was a crucial game for the Broncos, who only have one game remaining in the regular season. A loss would have very nearly knocked Boise State out of contention for the Mountain West Championship.

Boise State will play its regular season finale on Thursday at Utah State. There are seven teams battling for six spots in the Mountain West Tournament, and Boise State currently sits tied for fifth with 16 points in conference play.

“We were playing for our lives,” Thomas said.

If Boise State wins or ties Utah State, the Broncos will advance to the opening round of the Mountain West Tournament. If they lose, they’ll need Colorado College to lose to Air Force to get in.

The Broncos can still earn a first round bye with a win over Utah State and losses or ties from San Jose State, Wyoming and San Diego State.