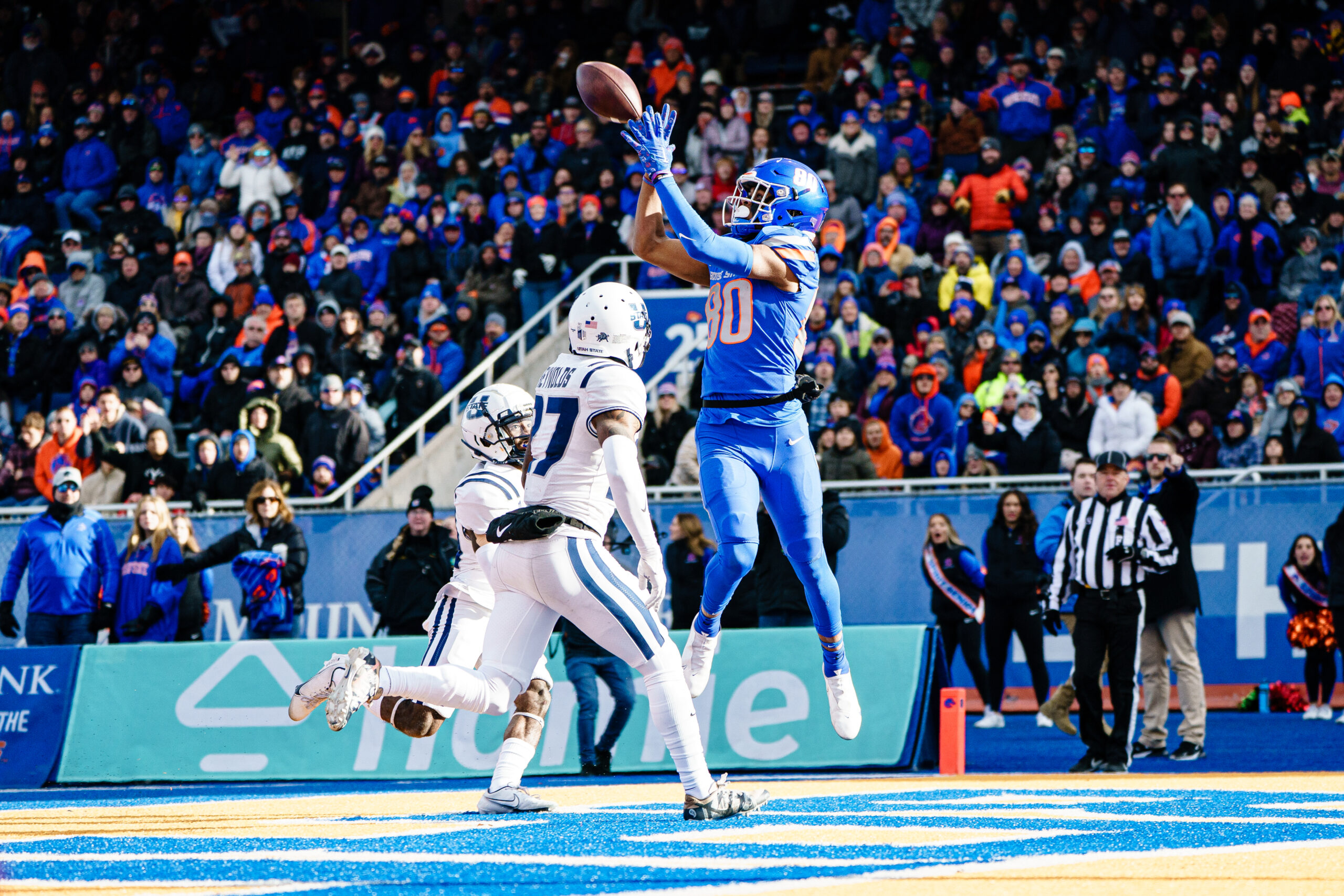 The Broncos earned the right to host Fresno State at 2 p.m. Saturday on FOX with their perfect 8-0 record in Mountain West play. It’s the biggest game of the year, but it’s been the smallest crowd of the year in each of the four previous title games on The Blue.

Boise State has averaged just 24,460 fans in each of their four previous Mountain West title games at Albertsons Stadium, which has a capacity greater than 36,000.

The main reason for the decline? Tickets to the championship game are not included in the season ticket packages, meaning Boise State has to sell 36,000 tickets with barely a week’s notice.

The Broncos have known since Nov. 19 they would be hosting the game, giving them two weeks to sell tickets this year. But at last check of the seat map at BrocoSports.com, most sections in the stadium still had large clumps of blue dots (open seats).

Boise State athletic director Jeramiah Dickey said on Twitter that approximately 20,000 tickets had been sold as of Monday evening.

“We take pride in that and we’re very fortunate and we look forward to Bronco Nation packing the house and being loud and supportive.”

Ironically enough the largest crowd in the history of Albertsons Stadium, 37,663, watched the Broncos beat Fresno State back on Oct. 8.

Ticket prices and game time won’t work as excuses this year. Tickets range from $25 to $45 – much cheaper than tickets to a regular season game – and the afternoon start would seemingly be perfect for fans of all ages.

Boise State has one of the top home field advantages in all of college football. Boise State is 130-14 (90.3 percent) at home since 2000, second only to Oklahoma.

The Broncos are 11-2 at home all-time against Fresno State, including a 2-1 record in the Mountain West title game.

“It’s exciting,” Avalos said. “We’re very grateful for the opportunity we have in front of us. Our team has done a tremendous job throughout the course of the season being resilient…and we’ve obviously earned the right to play for the championship.

“We have a team coming to Boise that is a totally different team than when we played last. Coach (Jeff) Tedford has done an unbelievable job and his staff. They present a lot of challenges which is why they are in the championship game.”

Dickey is doing his best to push tickets on social media, tweeting Sunday, “Look forward to seeing Bronco Nation for Mountain West Championship this Saturday at Albertsons Stadium! Everything counts…Everything matters! One last time to see our Broncos on The Blue.”

On Monday, he added a tweet that said in part, “Need Bronco Nation…Make the game a priority. Atmosphere and attendance impacts outcome, brand, etc! Everything counts…Everything matters. High expectations.”

A win Saturday would give the Broncos their fourth win in the Mountain West Championship since the game debuted in 2013, the most of any team in the league. It would also send the Broncos to the LA Bowl at SoFi Stadium on Dec. 17 against a Pac-12 team, likely Washington State.

There’s plenty on the line – and the Broncos are hoping a big crowd helps cheer them on.

“We say it all the time, but it shows when recruits or families or friends or people that don’t get a chance to come into Albertsons Stadium and see a game all the time, their experience that first time here – I mean people remember that,” Avalos said.