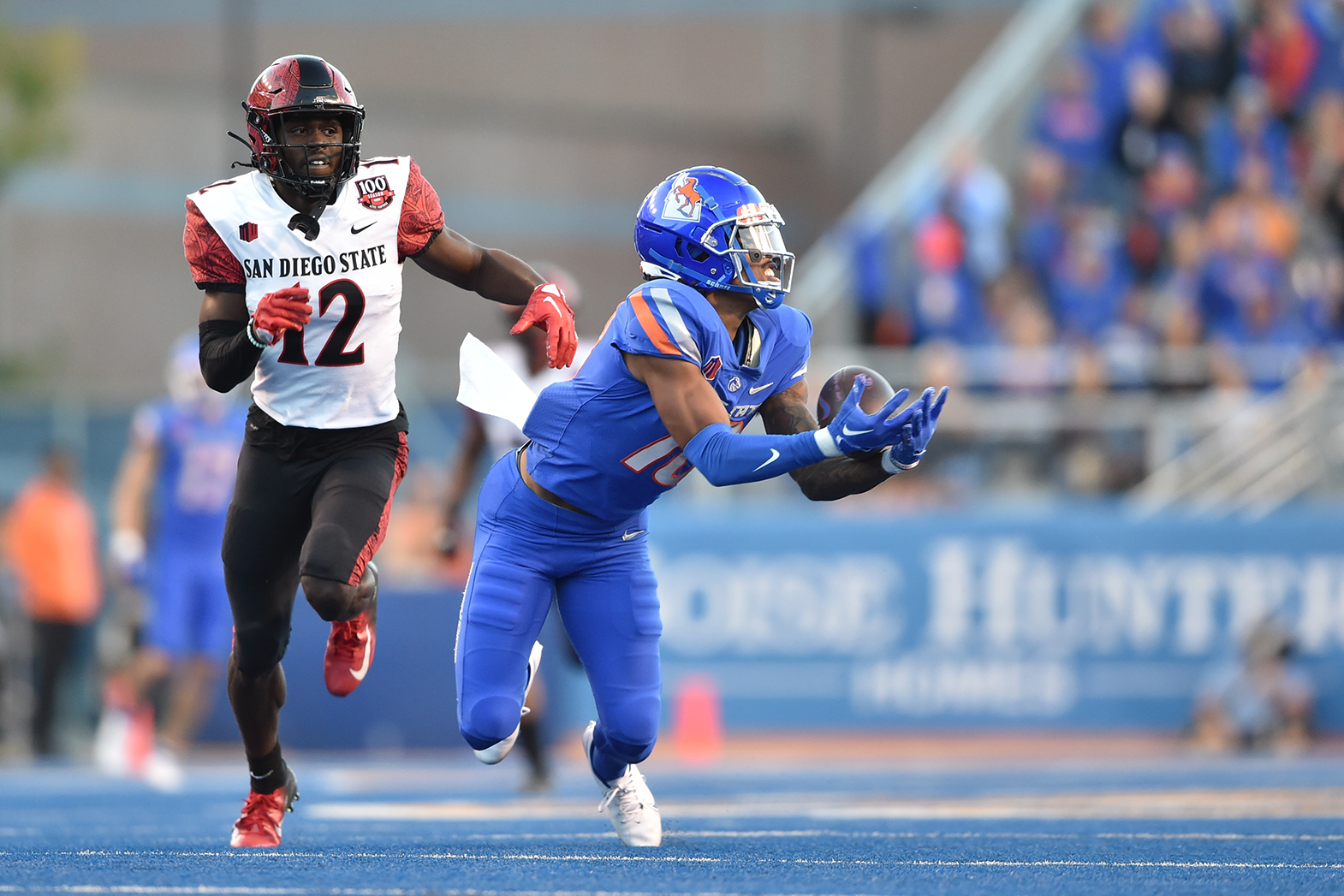 Things haven’t been perfect for the Boise State football team through six games. Not even close. Yet with half the season remaining the Broncos still sit in prime position to accomplish what it set out to do before the season started – win the Mountain West Conference.

“Everything is right in front of us,” coach Andy Avalos said Monday.

Boise State (4-2, 3-0 MW) is the only undefeated team left in the Mountain West heading into its toughest remaining league game Saturday at Air Force at 5 p.m. on CBS Sports Network.

The Broncos enjoyed their only bye week of the season last week to heal up and recharge for the stretch run. Without having an opponent to worry about last week, Boise State did plenty of self-scouting and focused on making necessary improvements for the final six games.

Boise State practiced three times last week, once in pads to work on tackling, before giving the players a few days off over the weekend to enjoy a rare fall weekend with no game to play.

“We got some quality work in,” Avalos said. “The players did an unbelievable job getting dialed in on the things the coached evaluated and pinpointed areas where we can grow going forward, both the things we’ve done well that we can continue to grow on and the things we haven’t done well.”

Boise State started a disappointing 2-2 to the season and had one of the worst offensive performances in school history in a stunning 27-10 loss at UTEP.

But the Broncos have won two straight games and are much improved on offense since Dirk Koetter took over as offensive coordinator and Taylen Green became the starting quarterback.

The focus now is continuing to build upon the recent success and carry it over for the final six games. And the bye week helped kickstart that.

“It was a good time to really sit down and take a deep dive into what we’re capable of doing and how we’re going to get it done,” Avalos said. “I’m really excited about the things the players did and the energy they brought. Honestly it was fun to get to spend time on ourselves and not worry about an opponent last week.”

But the Broncos were back at it Sunday afternoon with meetings and practice to begin preparations for Air Force, a team that came into Boise and stunned the Broncos, 24-17, on The Blue last season.

Air Force has beaten the Broncos four times in the past eight meetings dating back to 2014, and the Broncos are just 2-2 in their past four trips to the Air Force Academy.

The Falcons, as per usual, are the No. 1 ranked rushing team in the country at 359.86 rushing yards per game.

“Defensively we obviously have a huge challenge this week within the run game,” Avalos said. “We’ve played pretty solid throughout the course of the year against the run but this will be easily our biggest challenge facing the No.1. rush offense in the nation.”

The Air Force defense also has been strong, ranking No. 12 nationally in scoring defense at just 16.4 points allowed per game.

Working in Boise State’s favor? The Broncos could lose to Air Force and still win the Mountain Division with wins in the other four games. But a win over the Falcons would allow the Broncos a chance to suffer a slip up elsewhere – perhaps at Wyoming on Nov. 19 – and still win the division.

BRONCOS CLOSE TO GETTING HEALTHIER

Avalos hinted that the Broncos could soon be getting healthier. Starting right guard Ben Dooley hasn’t played this season due to injury, and starting center Kekani Holomalia-Gonzalez has been hampered by an injury to his ankle or foot as well.

Several others including EDGE Cortez Hogans have missed multiple games due to injuries as well.

“We’re getting close, let me just say that, ” Avalos said. “On a few of them we’re getting really close. We’re excited about that piece right there. That’s a huge part of the bye week, getting guys fresh.”

The Mountain West and FOX Sports announced Monday that Boise State’s home game against Colorado State on Oct. 29 will kick off at 5 p.m. MT and air nationally on FOX Sports 1.

Pretty amazingby BSUaddict4 hours ago
Fan Poll
What bowl game would be best for the Broncos?