‘We haven’t felt that pain in a long time’: Broncos fall at Wyoming to end 14-game winning streak 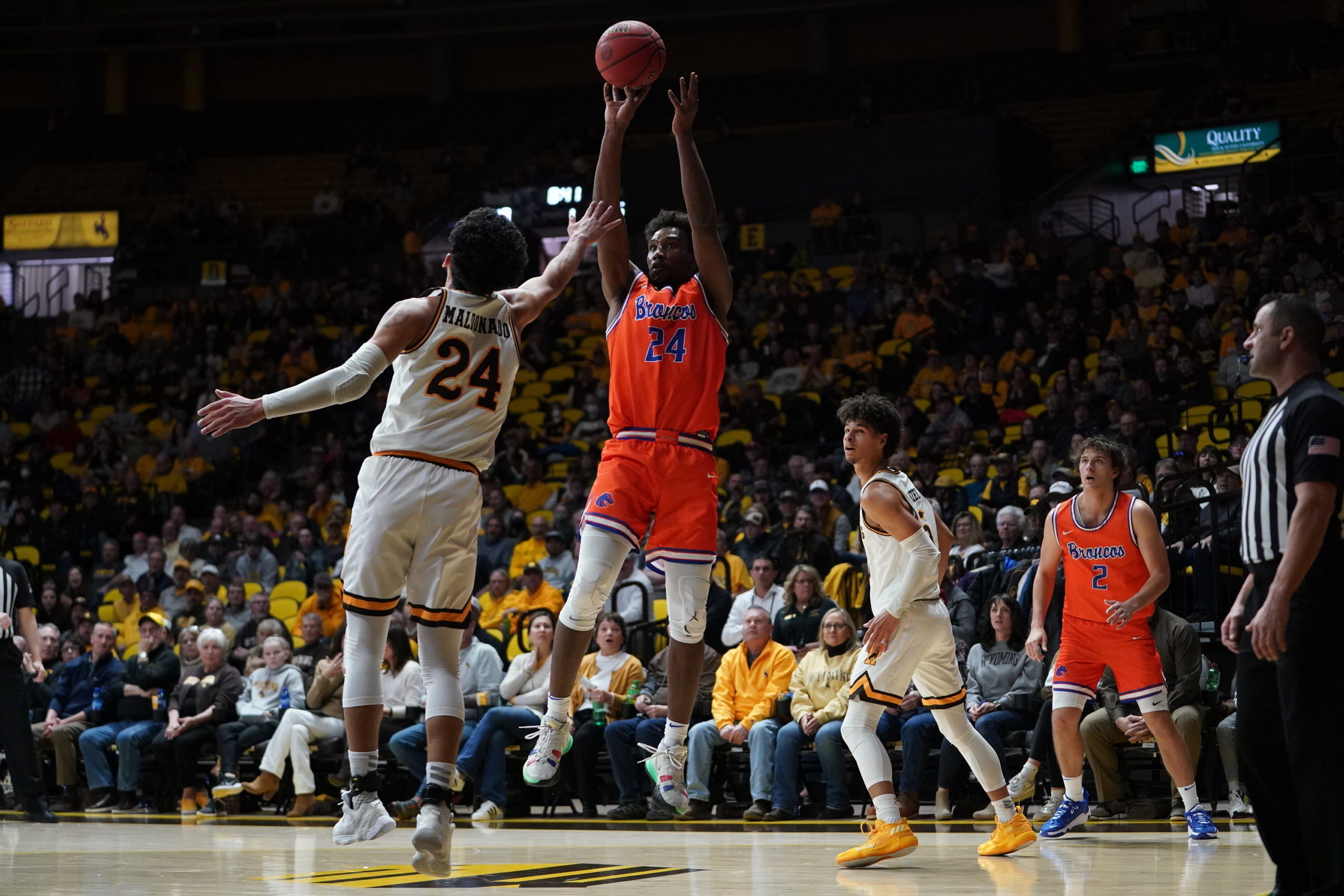 LARAMIE, Wyo. – For the first time in two months Boise State coach Leon Rice had to go into the locker room and talk to his team after a loss.

The Broncos, who had won a school-record 14-straight games and hadn’t lost since November 30th, suffered a 72-65 loss at the Arena-Auditorium to Wyoming in large part thanks to 33 points and 10 rebounds from the Cowboys’ Graham Ike.

Boise State (17-5, 8-1 MW) remains a half-game ahead of Wyoming in the Mountain West standings ahead of Saturday’s home game against San Jose State.

“We haven’t felt that pain in a long time,” Rice said. “It was good for our guys. I loved the locker room and the way we responded. The thing about this league is, nobody has ever gotten out unscathed. We’ve had No. 1 seeds and nobody has ever finished the season 18-0.

“We never had an intention to lose that’s for sure, but when the dust settles, we’re 8-1 and we have ran a gauntlet that nobody else has run yet with where we’ve had to play and what we’ve accomplished.”

The Broncos and Cowboys were tied 57-57 with 4:16 remaining before Wyoming took the lead on a 3-pointer from Drake Jeffries and didn’t give it up. Both Marcus Shaver Jr. and Abu Kigab missed key free throws in the final minutes for the Broncos, who trailed 66-63 with 51.4 seconds left but were whistled for a foul when it appeared Kigab had poked the ball free.

“We were right there,” Rice said. “We won 14 straight and we won them together, and tonight we lost together.”

A questionable late fifth foul on Tyson Degenhart didn’t help things for the Broncos, who shot just 39 percent for the game and made just 6 of 24 shots from 3-point range.

“Tough loss for us,” said Kigab, who led the Broncos with 26 points. “It’s a make or miss league and sometimes you just miss and we couldn’t get stops at the other end and that’s what happened. … It is what it is. It was fun while it lasted but our main goal is to win that Mountain West Championship and get to the NCAA Tournament and make a deep run so we’re going to continue to focus on that.”

Degenhart finished with 13 points for the Broncos before fouling out, while Shaver Jr. had nine and Max Rice had eight.

Watch full interviews with Rice and Kigab on the Bronco Nation News postgame show from Laramie below:

Tip off Saturday against San Jose State is set for 4 p.m. It’s expected to be the biggest crowd of the season, but tickets do remain.