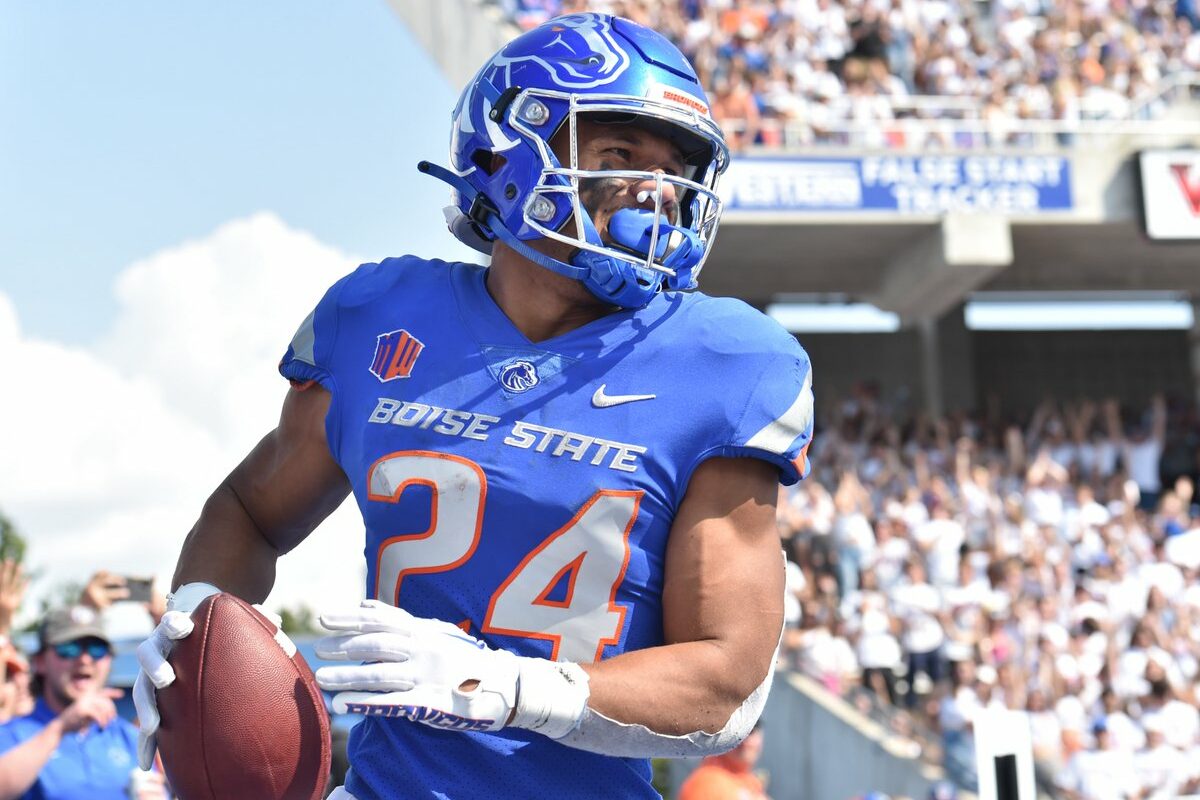 It’s hard to figure out who has more detractors these days, Tim Plough or Hank Bachmeier? And neither may actually be the biggest area of concern for the Broncos.

Both have been getting crushed of late for Boise State’s lack of explosion on offense despite the Broncos being 2-1 and Bachmeier improving in each of the past two games.

Sure, his overall numbers weren’t amazing: 18 of 25 for 204 yards and two touchdowns. And fans will point to the two fumbles, one of which he lost and led to the only UT Martin touchdown. But he did enough to help the Broncos win – the ultimate goal, right?

The offense started fast – the Broncos had an impressive 80-yard drive to start the game – and scored on four of five possessions in the first half. Two were field goals, which meant just 20 points despite 251 yards of offense.

The Broncos were on pace for 500-plus yards and 40 points, but even at halftime fans were already taking shots at Plough and Bachmeier for a lack of creativity and a lack of flow on offense. The Broncos were moving the ball, but something just still seemed off.

Then the second half rolled around and the Broncos did next to nothing. They had three punts on three possessions in the third quarter and just 76 total yards in the second half.

Some of that may have been game/clock management – the Broncos had 27 running plays in the second half compared to just nine pass attempts – but the inability to score more points and look better against an FCS team was noticeable, and frustrating to most.

Boise State finally ran the ball better on Saturday. George Holani had 110 yards on 24 carries and looked like the 1,000-yard back we saw when he was a freshman in 2019.

Pass-protection was another story, which is likely why the Broncos leaned on the run so much in the second half – even if it didn’t produce better results.

Bachmeier was sacked three times and fumbled twice in part because he was trying to escape pressure. He was under duress for much of the game and rarely had a ton of time to just sit back in the pocket and wait for receivers to get open.

For all the praise the offense line got leading into the season, the group has largely underperformed to this point – especially in pass protection.

“We weren’t able to protect the quarterback,” Avalos said. “In some of those situations, yeah Hank has to manage them a little better but when you’re back there with pressure in your face, it’s not always a manageable situation for him. We have to do a much better job protecting him so we can get to the routes in the pass game.”

I won’t call for offensive line coach Tim Keane or offensive coordinator Tim Plough to be fired as some fans have done on social media. I won’t call for Bachmeier to be benched either. But something just seems off. The Broncos should be much better offensively than they’ve been – and they’ve only got one more game to figure it out before San Diego State comes to Boise for a monster Friday night game on Sept. 30.

A large portion of fans would rather see Taylen Green in the game. That was obvious when boos were heard multiple times when Bachmeier was put on the Jumbotron, both during starting lineups and later in the game when he was doing a bit talking about George Holani.

But the worst evidence came when Bachmeier left injured in the fourth quarter. Fans politely cheered out of respect as Bachmeier went off, but they went crazy as Taylen Green jogged onto the field. Some are arguing the cheers were solely for Green and nothing to do negatively towards Bachmeier, but for those in attendance the jubilation and excitement towards Green was noticeable and telling.

“I was a little disappointed when Hank got kind of banged up there at the end. I think we’re classier than that as Broncos,” longtime coach Kent Riddle said on the Bronco Nation News postgame show. “If you like Hank, you like Taylen, that’s all your prerogative, but whoever is out there on the field I feel like we should support them.

“I just feel like that was a little bit of a shot at a guy that’s out there giving everything he’s got. I thought it was uncalled for.”

Current players agreed. Safety JL Skinner posted shortly after the game to Twitter, “Don’t ever do this again. That was very disrespectful. We ride with who’s in. Win or loss. Great win though.”

Avalos declined comment after the game, but safety Seyi Oladipo told the media, “I never want to hear someone cheer when a brother goes down. I don’t want to hear someone cheer for Hank being hurt because Taylen is going in. I have equal confidence in both of them and I love both of them to death. … I know Hank is probably unfazed by it, but we have to protect our own.”

Back to the action on the field, there were plenty of problems – and Bachmeier really didn’t seem like that big of one. Something was just off, and it’s hard to exactly figure out what it is.

“We had too many negative yardage plays,” Avalos said.

Added Holani: “I think we can definitely grow as an offense with the little things.”

Fans will continue to attack the easy targets, Plough and Bachmeier. And they certainly deserve some of the blame. The offensive line may deserve more, at least right now.

Boise State has won two games in a row, but you’d never know it. The wins haven’t been pretty, and style points have been missing. Fans are rightfully wanting to see more.

So do the Broncos.

“We’ll get back to work and we’ll look at it and look at where we need to get better,” Avalos said.

A Friday night game at UTEP, which is 1-3 and just lost to New Mexico, may be exactly what the Broncos need to get things going.

Boise State (2-1) heads on the road next week for a Friday night game at UTEP. Kick off is 7 p.m. on CBS Sports Network.

I don't like to state the complet …by Bronco74543 mins ago

California Bring Back +2767983871 …by Deleted user25 mins ago
Fan Poll
What bowl game would be best for the Broncos?