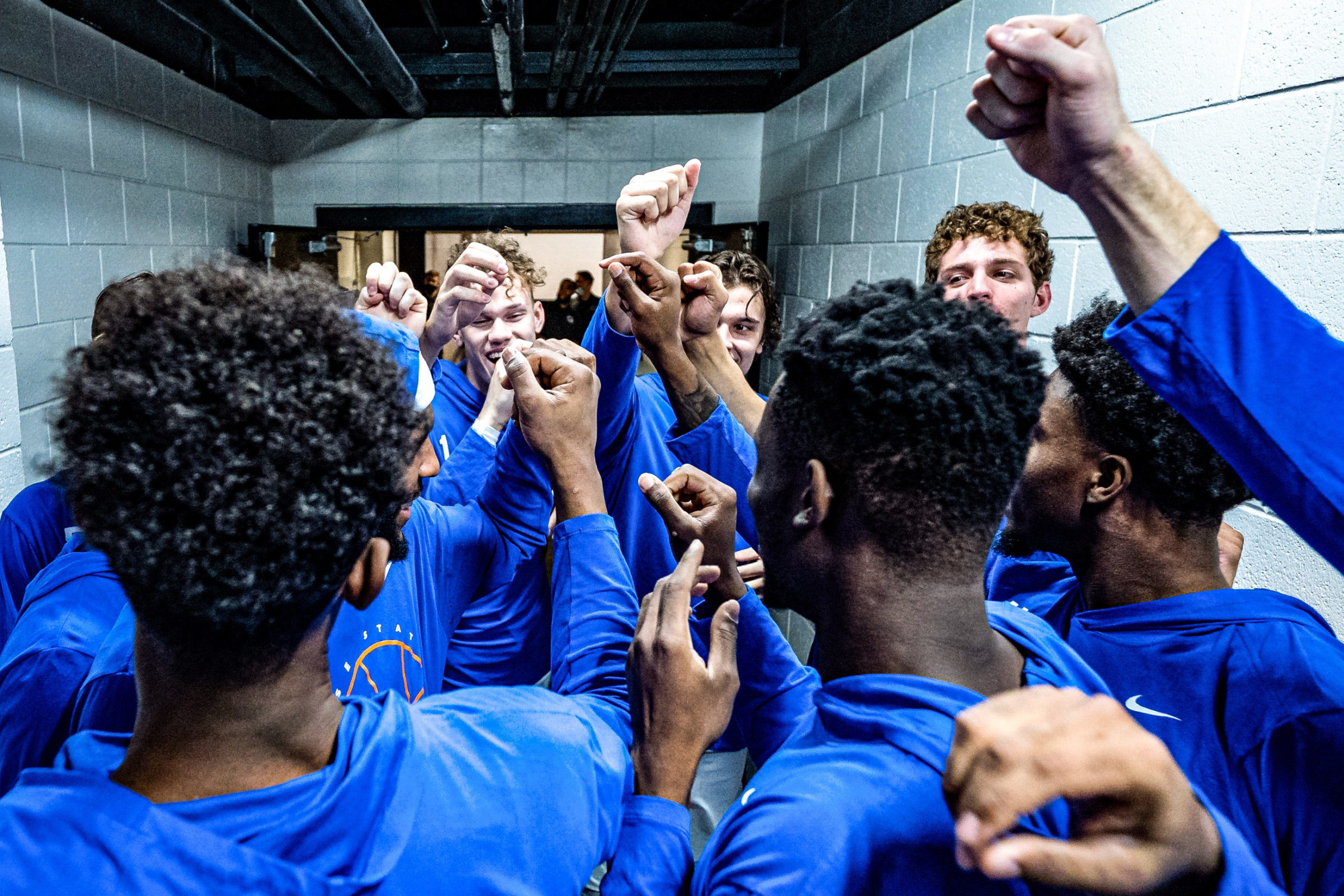 Boise State players huddle prior to a game in the Charleston Classic. (Photo courtesy of Boise State Athletics)
By B.J. RainsFebruary 16, 2022

AIR FORCE ACADEMY – How’s that for a response?

Marcus Shaver Jr. had 20 points and Max Rice had 14 points to lead the Broncos, who shot 68.8 percent – the best mark in 12 years under coach Leon Rice.

Lukas Milner had a career-high 13 points and Mladen Armus added 10 for Boise State.

“Nothing was crazy, we were just running our offense like usual,” Milner chuckled. “It felt great.”

The Broncos (20-6, 11-2 MW) now return home for a pair of huge home games against Utah State (Saturday at 4p.m.) and San Diego State (Tuesday at 7 p.m.). Boise State has a half-game lead in the Mountain West over Wyoming (10-2), which lost at New Mexico on Tuesday.

Pavle Kuzmanovic had nine points off the bench for Boise State, which made 10 of 18 from 3-point range and out-rebounded Air Force 28-16.

Boise State was 4-5 all-time at Air Force prior to Wednesday and had lost the past two meetings at Clune Arena. And early on, it looked like the Broncos would be in for another battle.

The game was tied at 23 before Boise State used s 22-8 run to end the half with a 45-31 lead. It was more of the same in the second half as the Broncos opened up a 26-point lead and emptied the bench in the final minutes.

“Believe me I had concerns coming into tonight,” Rice said. “There were a lot of worries about this game, believe me. But everybody that we turned to did a great job tonight.”

But down two key pieces the Broncos made no excuses – and put together one of their most impressive wins of the season.

The Broncos host Utah State at ExtraMile Arena Saturday at 4 p.m. The game will be televised nationally on CBS Sports Network.

“It means the world to these guys when they get to play in front of a big crowd,” Rice said. “… They deserve the Boise crowd to come out.”