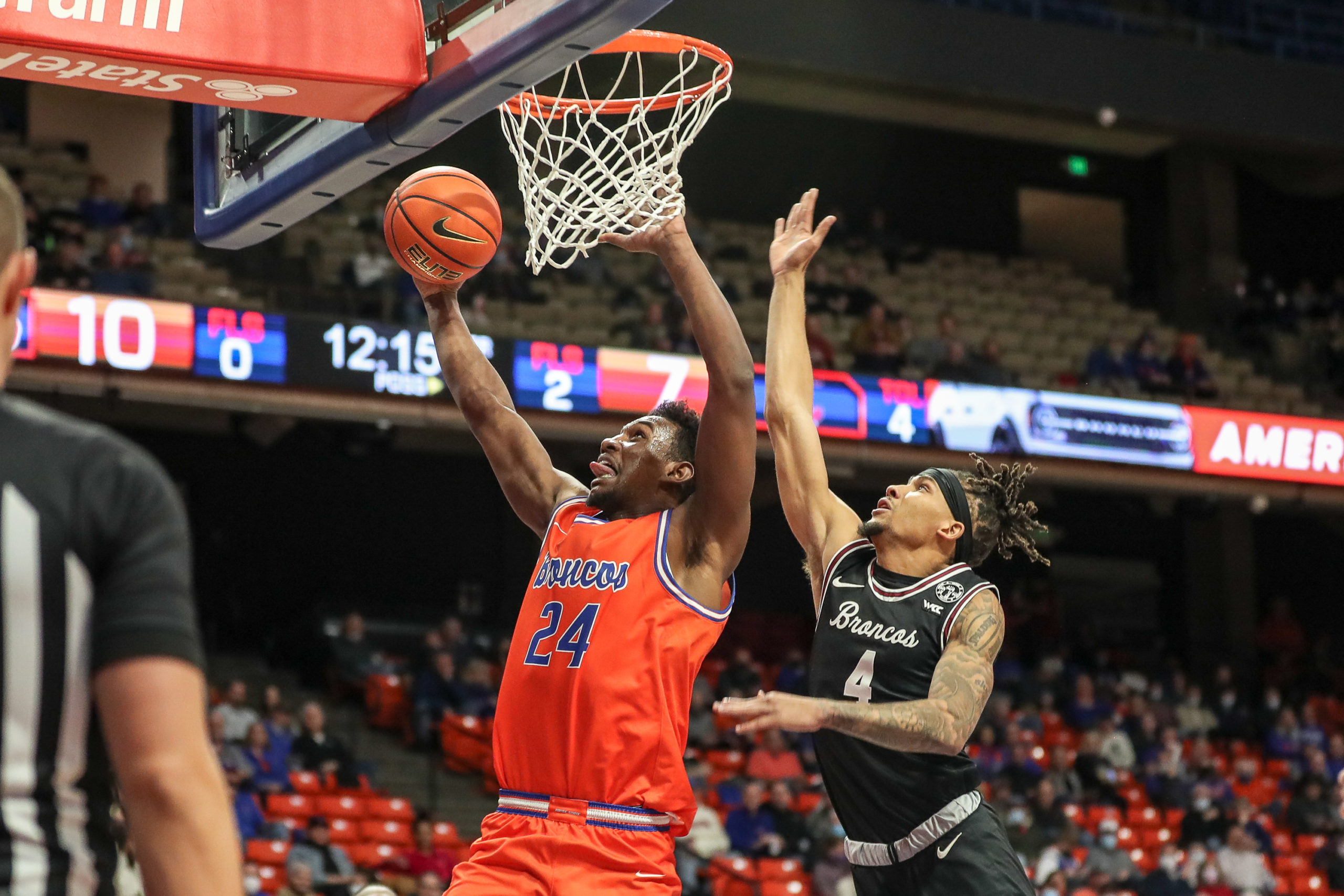 Boise State's Abu Kigab goes in for a layup against Santa Clara on Tuesday night at ExtraMile Arena in Boise. The Broncos won the game, 72-60. (Photo by Loren Orr/LorenOrr.com)
By Collin MitchellDecember 14, 2021

The Broncos trailed 30-27 at the half but caught fire in the second half, ending the game on a 17-4 run to pull ahead.

The win was the fourth in a row for the Broncos, who held Santa Clara to just two points in the final 6:28.

Player of the game: Mladen Armus

The 6-foot-10 center had arguably his best game of the season, scoring a season-high 17 points and grabbing 12 rebounds. He went 8-11 from the field and was playing hard on both ends of the court.

Tyson Degenhart added on 18 points, including a 4-4 night from the free throw line, while Abu Kigab had 16 points. Marcus Shaver Jr. added 12 points.

With a tense ExtraMile Arena crowd beginning to get restless, Shaver Jr. drove down the paint, heaved a layup off the backboard and through the net and also got a foul call. He made the ensuing free-throw, and the 3-point play put the Broncos up 65-58 with 5:15 left. That got the crowd into the game and the Broncos fed off that energy down the stretch, going on a 12-0 run to pull away for good.

60- During the Broncos four-game win streak, the defense has not allowed more than 60 points.

3- Though Boise State was able to get the win, the Broncos scored just three points off the bench. Only seven players saw action for the Broncos.

The Broncos (7-4) take on the Montana Tech Orediggers at ExtraMile Arena Sunday afternoon at 4 p.m. The Orediggers are part of the NAIA, and the game will count towards Boise State’s record but not towards Montana Tech. Boise State then heads to Spokane to play Washington State on Wednesday at 6 p.m.

Watch highlights from the game and hear from coach Leon Rice on the Lithia Ford of Boise Postgame Show:

My WILD GUESSES at the 2023 Boise …by BSUaddict27 mins ago